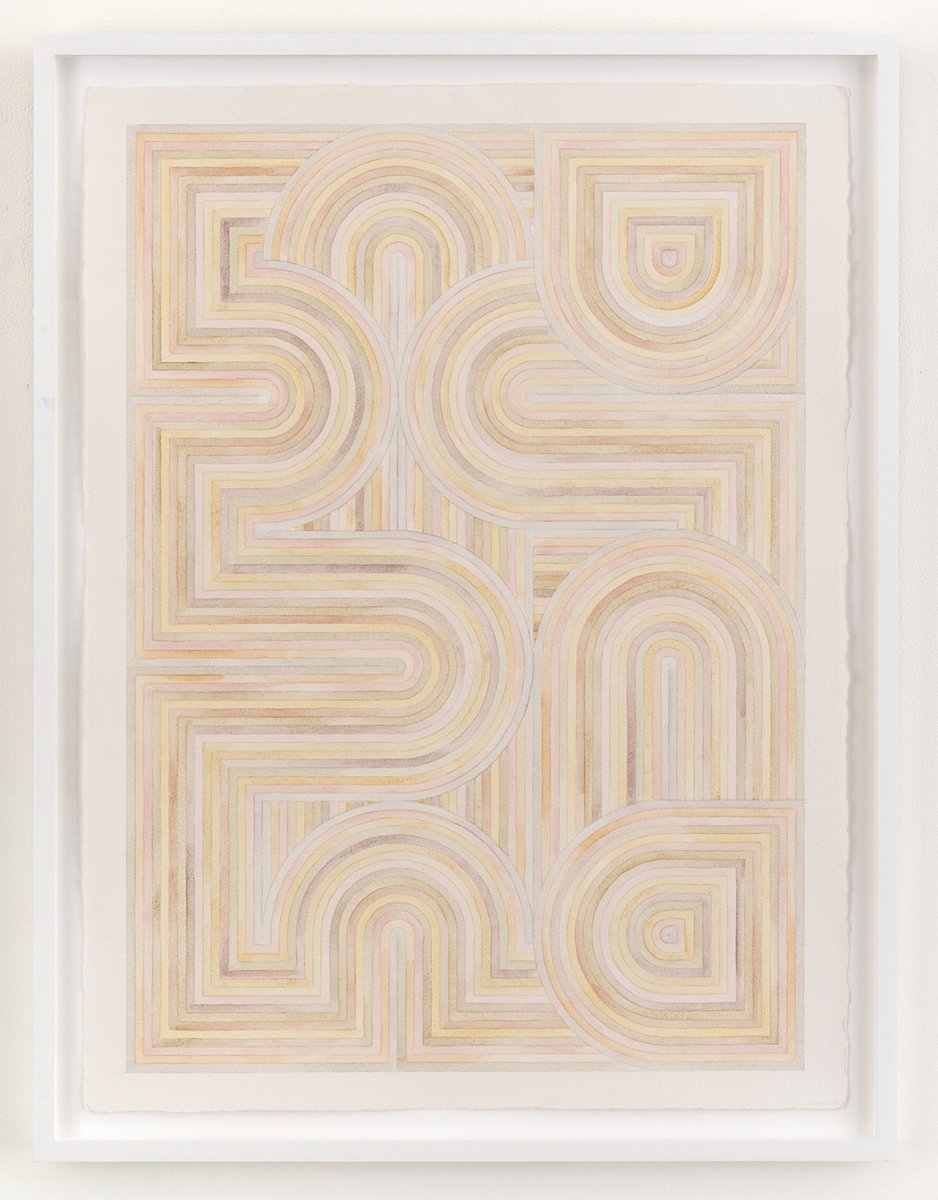 Joshua Liner Gallery is pleased to present W I L D, an exhibition of new watercolor works on paper, by California-based artist, Serena Mitnik-Miller. This will be her third solo exhibition with the gallery, and the artist will be in attendance for the opening reception on November 16, 2017.

Beginning with a process that is first laid out in pencil, Mitnik-Miller delves into her patterns with subdued color palettes that explore her infinite designs. The artist begins each watercolor with a certain amount of vision and idea, however, over the course of applying her paints, the piece takes on its own direction. The end effect is work that is organic in its creation, while remaining confined. The artist explains that her work evokes a balance between chaos and control, a tension between the organic nature of the watercolors against the confined geometric walls.

Born out of her love of the natural world, the rhythms and palettes of these works directly reflect nature as inspiration. Mitnik-Miller spent the majority of her childhood growing up in Hawaii, where much of it was spent outdoors. With this ever-present natural world, the artist internalized the importance of nature. Her work has grown to reflect this. From the endless waves of the ocean, to a continuous breeze, her works carry a sense that she has taken these compositions directly from nature itself. The artist explains nature’s impact on her practice: I have always been most inspired from the natural world, the deserts, the mountains, the ocean. I love wide open spaces, collecting rocks, wildflowers, shells, plants and even pieces of wood.

As these influences can be found in the artist’s new works, Mitnik-Miller insists that there is no direct meaning to her abstractions. Proceeding with abstractions offer the viewer a sense of the natural world, without directly handing a meaning, or a story. It is the process of creating the works that she most enjoys, and any final meanings are left for the viewer to draw. Her intentions are for the viewer to impress their own experiences to the work.

The title of the show, W I L D carries layers of meaning. For the artist, the word “wild” is a description of living and growing in a natural environment, a word to reflect her compositions, and a concept so personal to the artist, that she named her son Wild. This entire new body of work represents a rebirth for the artist, after her son was born last year.