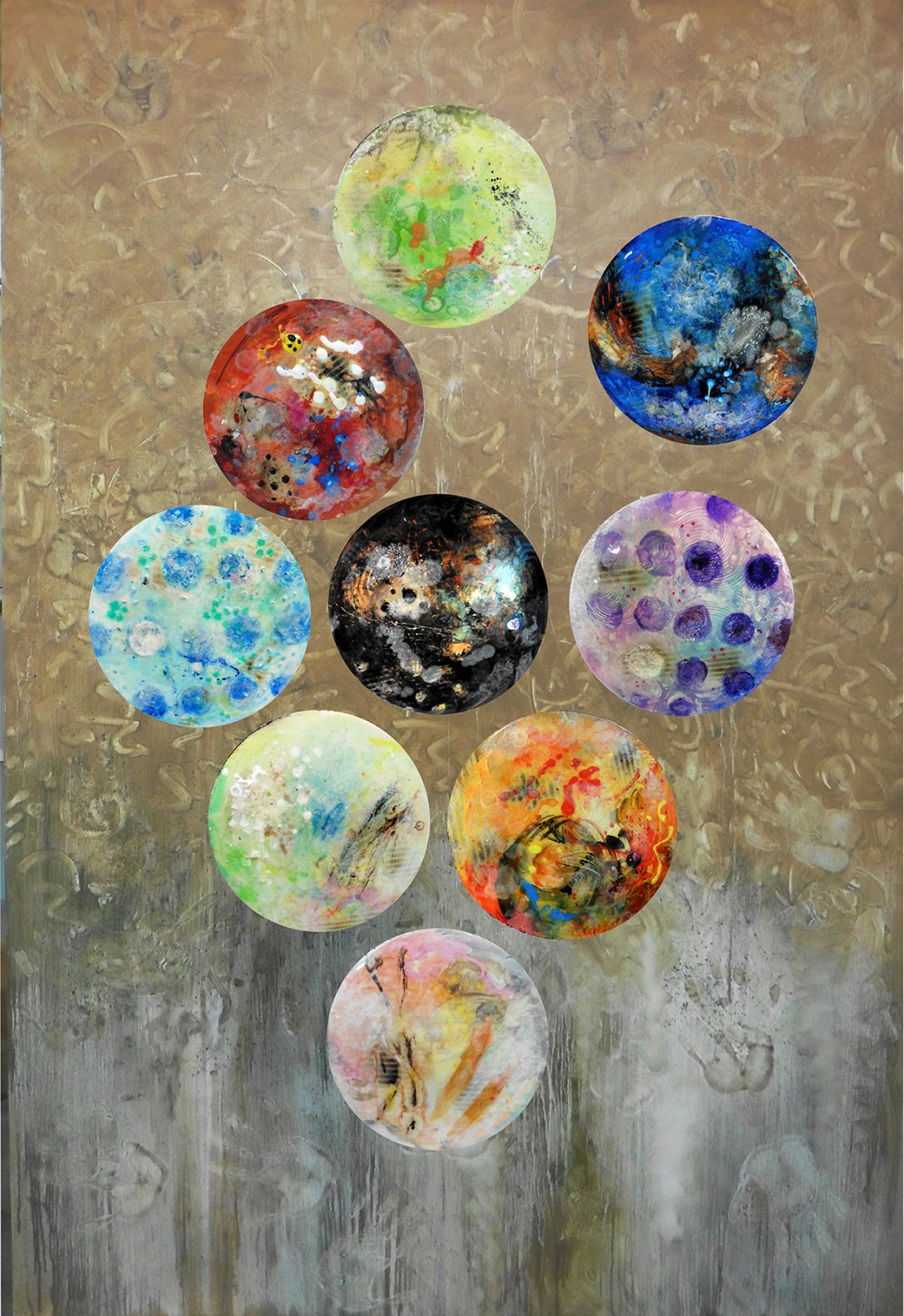 Throughout the month of January, John Natsoulas Center for the Arts (521 First Street, Davis, CA) will be exhibiting “Space, Light and Pattern” by local artist Joseph Bellacera.  A special opening reception will be held from 7-10:00pm, Friday, January 9, 2015.

Joseph Bellacera devotes full time to the challenge of making art out of chaos. With inspiration from the landscape and its underlying macro and micro configurations he creates works that are concerned with qualities of space, light, and pattern. Using both random and deliberate spatial arrangements, he manifests a timeless sense of mystery and discovery.

Nature and luminosity inspire the work of Joseph Bellacera. His primary subject matter is the perception of space, light and patterning. This pertains to the vastness of nature as it relates to the landscape and its underlying macro and micro configurations. In his luminous paintings radiant forms emerge and dissolve to evoke feelings of transcendence. Bellacera comments, “I use the alchemy of color and light to create the experience of seeing something, as if for the first time, before we define, name and categorize it. In this way, through painting or sculpture, the mystery and awe of discovery and creation is continuously renewed.” The most profound artistic influences on Bellacera's work have been that of JMW Turner's emotional and atmospheric seascapes from the early 19th century; Kandinsky's early 20th century spiritual abstract improvisations; and the recent work of James Turrell, a Southwest installation artist who works with light.
Born and raised in Northern California, Joseph has also lived in Montana, Oklahoma, and New York. He studied art at several institutions including: Massachusetts College of Art; Humboldt State University where he received an MA
degree; and University of California Santa Barbara where he received an MFA.
A very prolific artist, Bellacera exhibits throughout the United States and his work can be seen in many private and
corporate collections as well as public institutions.

John Natsoulas Center for the Arts