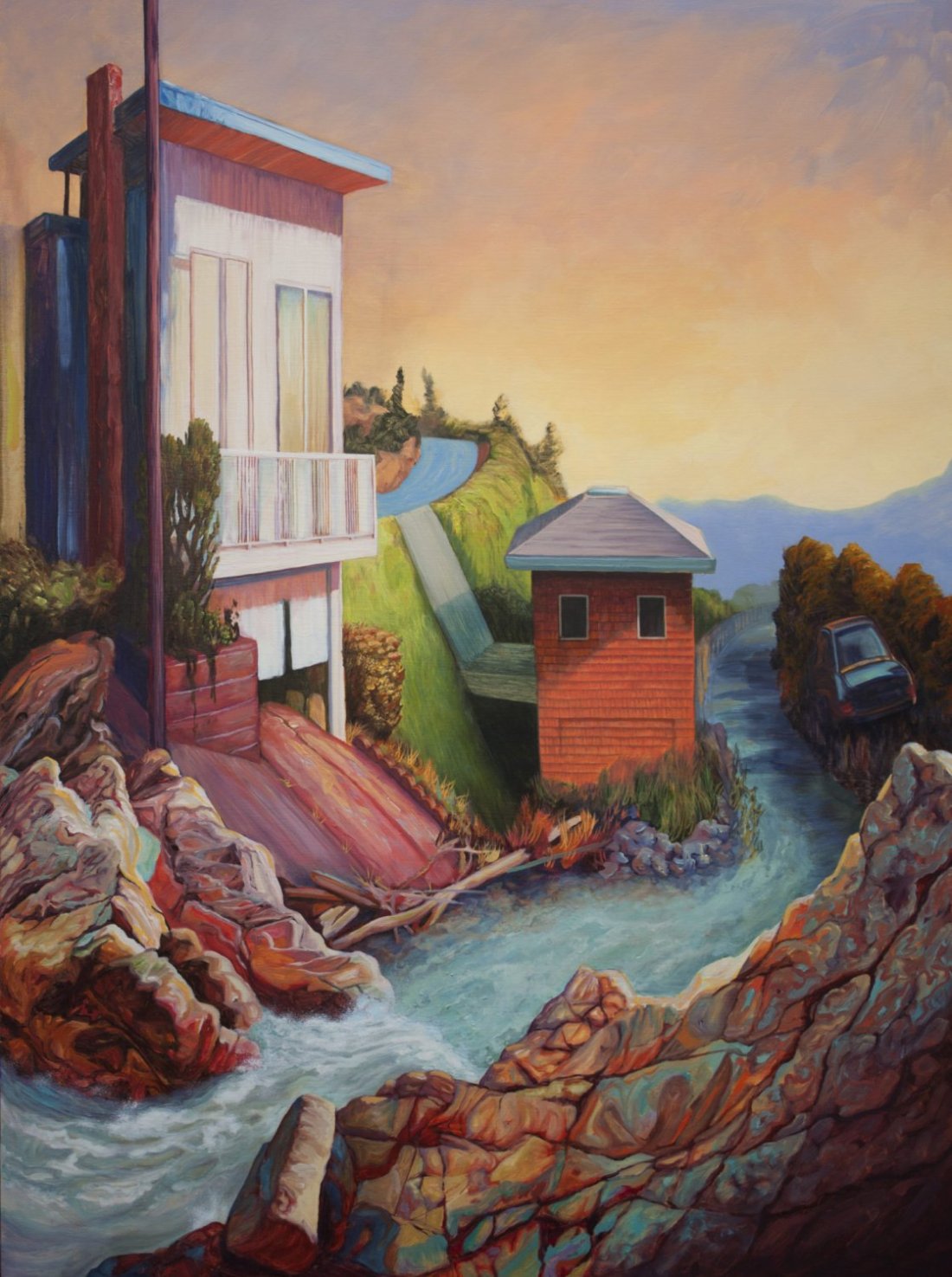 Join us for a night of music, art, and wine as we celebrate the solo exhibition of artists Guston Abright and Julie Smiley on September 28th from 7-9 pm. The exhibition will run from September 25-October 26th.

Guston Abright is an American Postwar & Contemporary artist. Born in San Francisco, CA in 1985, Abright grew up in a Bay Area art studio. He attended Rhode Island School of Design, receiving a BFA for Illustration in 2009. After working as an artist assistant in Brooklyn for several years, he returned to the Bay Area in 2015 to share a studio with his older brother in Oakland. He works in a variety of mediums, with a primary focus on figurative oil painting.

“Compulsive documentation of daily life provides me with an abundance of photographic reference from which to work. I mine my personal photo library for subject matter, and process that imagery through digital and analog collage. I manipulate source material rooted in my daily visual experience to create biographical mashups that are part absurdist and part memoir. While portraiture remains at the core of my practice, the resulting images often contain both the familiar and the surprising.

At times I adhere closely to an original image, and at others I see new fictional narratives emerge from a distorted world. By making paintings from personal photos I’m curating and preserving a collection of my experiences, as one might in a scrapbook. These oil paintings give new life, energy and meaning to a glut of superfluous imagery that would otherwise languish in digital limbo, be lost to the depths of a hard drive, boxed in a dusty attic or shoved under the bed.”

Julie Smiley was born in Crescent City, California in 1977. Smiley’s main work is in oil painting, though she has often mixed media.  Smiley completed an MFA in Visual Arts Education from Ohio State University, received her teaching credential from Humboldt State University, CA, and has dual BAs in Studio Arts and Communication Arts from Gordon College, MA.

Smiley’s work is greatly influenced by her sensitivity to relationships between people and physical spaces, and ideas of social and personal control. After teaching high school arts and starting a family in the last decade, her current work focuses on the local landscapes.