David Houston & Strings plus According to Bazooka 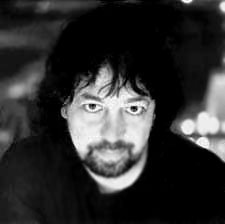 This show is ALL AGES! $8 cash at the door

Enjoy music by David Houston & String Theory plus According to Bazooka. This will be a night of magnetic original songs and captivating melodies that stay with you far beyond the moment - soaking in and becoming a satisfying addition to your musical memory.

Nationally acclaimed songwriter/producer/guitarist/music guru David Houston will perform with his group String Theory. Known for his melodic and haunting songwriting, Houston is also the producer of many local musicians. His quiet presence conceals his deep credentials as a producer who has worked with artists such as Club Nouveau, Todd Rungren and former members of the Stray Cats. Houston is the producer of choice for many of the scene's Sacramento artists including According to Bazooka. Houston performs with String Theory featuring violin, viola, cello and stand-up bass.

“Delicate, minimalist, ambient melodies—created so often with Martucci’s accordion and organ—provide the backdrop for Urbino’s sometimes bluesy, sometimes jazzy, sometimes new-agey electric phrasing. Add to that, the combination of Urbino’s dry 50’s-style rock vocals with Martucci’s ultra smooth and melodic timbre (think: Morcheeba’s Skye Edwards), and what comes out the other side is a truly authentic piece of Americana music.” - The Arc of Music

According to Bazooka performs unusual original music that is hard to define as one genre. Their catchy songs include 3 point harmony, guitar, accordion, stand-up bass and drums and vintage pop feel that calls to mind 1960s folk rock. Vignettes of everyday humanity and an “easy come, easy go” attitude are wrapped in melody as A2B shares playful perspectives on life’s ups and downs. According to Bazooka recorded their 2017 album "Where We Are Now" at Moon Studio in Sacramento, with David Houston as producer and engineer.

Other events from Rene Martucci