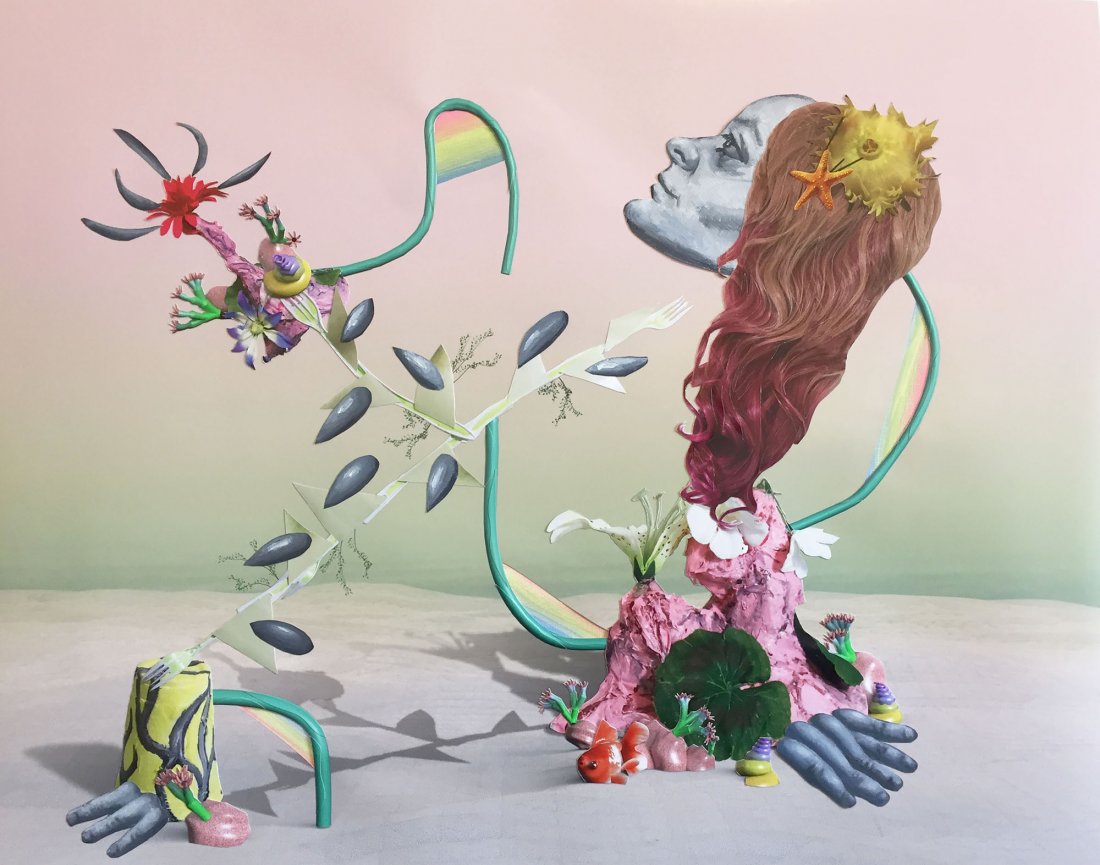 Before a tsunami hits there is a period of calmness. The ocean recedes below the expected low tide, revealing a world that is usually inaccessible. Its newness is seductive and there is a moment of wonderment. The ocean floor calls to us like a predator luring in its prey.

This, Torn's second solo exhibition with Upfor, includes works on paper and two video installations which use an imagined ocean at low tide as their setting. The works on paper are collages composed from original 3D renderings, photographs of Torn’s sculptures, paint, and found images. The abstract figures they depict stand in yoga poses, covered by plastic waste. They are, in Torn’s words, “overwhelmed female bodies, desperately trying to adapt to a decaying, physical world that is consumed by image and simulations." The video installations feature female sea creatures, similarly overwrought by their environments: one a mermaid expelling oil-like substances from a tangle of detritus; another entering into the world of selfies as she poses for the camera, her face and body layered with Snapchat-like filters and special effects.

Low Tide is the last in a series of three solo exhibitions by gallery artists working primarily in media art. The prior exhibitions are She Who Sees the Unknown: Huma by Morehshin Allahyari (June 1 through 24) and Axis Spread by Brenna Murphy (June 28 through July 22).

Other events from Upfor Gallery