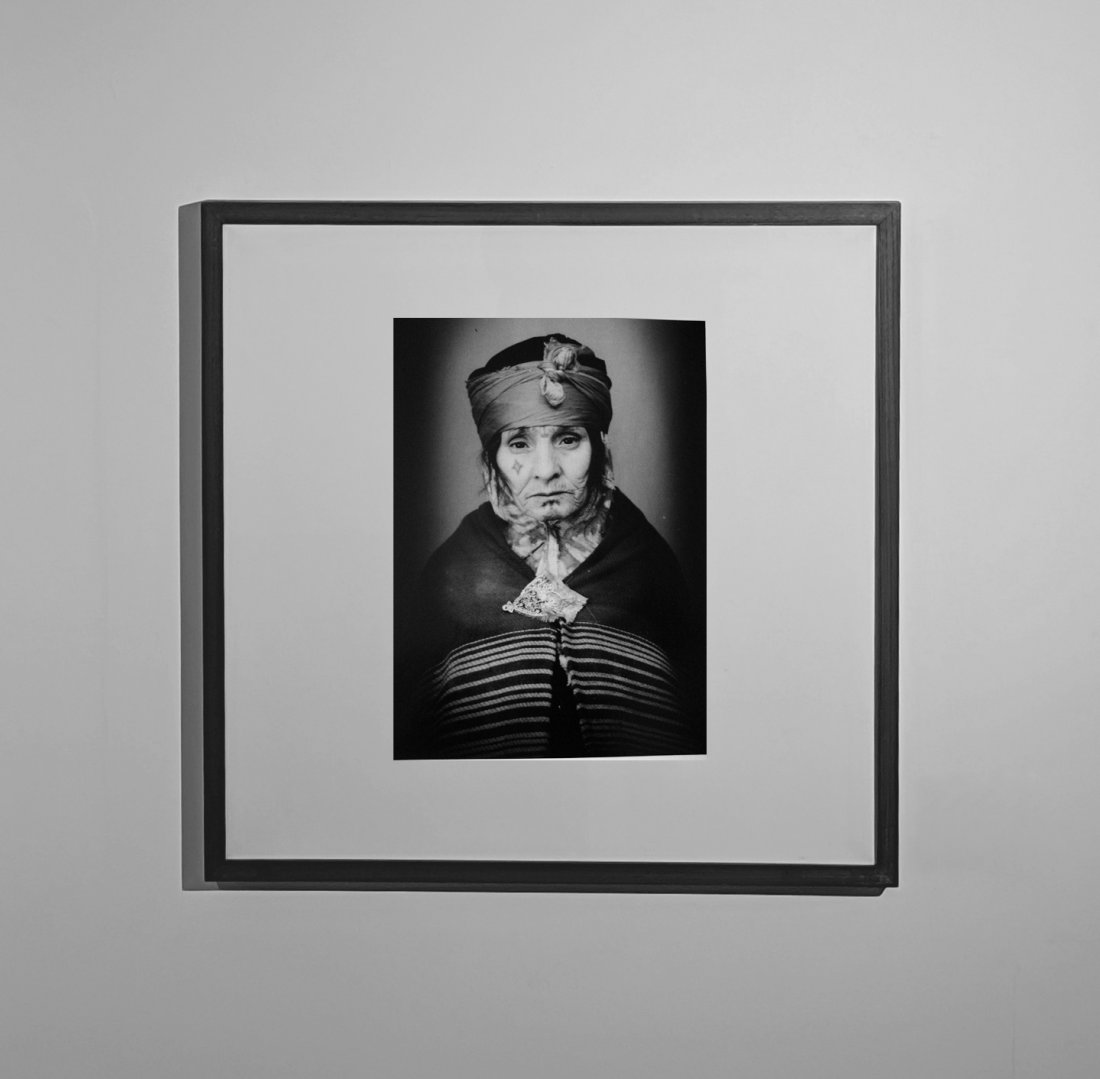 Westwood Gallery NYC is pleased to present “Lifting the Veil: Portraits of Amazigh Women,” a solo show of photography by Lazhar Mansouri (1932-1985). On view are thirty-five gelatin silver photographs representing only a small portion of over 100,000 portraits captured during his lifetime. This is the second exhibition of portraiture at Westwood Gallery NYC by the Algerian photographer and focuses on Amazigh (Berber) women, circa 1950s to 1970s from his hometown of Aïn Beïda (near the Aurès Mountains), Algeria. This exhibition is one of a series of rediscovered artist estates, as part of the gallery core program.

Mansouri’s portraits captured one of the last generations of Amazigh women to undergo the facial tattooing process. The tattooing is less practiced today, mostly due to the disappearance of the adasiya, wandering gypsy tattooists from Tunisia, and the growing Islamization in the Aurès Mountains after the collapse of French Algeria in 1962. With the rise of Islam came the prohibition of tattooing as haram, and the veiling of women as mandatory. For most of the women who arrived to Mansouri’s studio, this was the first time they had taken off their veil for any man except their husband, making the photographic archive Mansouri created exceptional.

In Mansouri’s portraits on view, the fading tradition and history of Amazigh face tattoos is preserved on the faces of many women. The shapes, which include a sun (shams), a palm tree, a chain (cinsla), and flies (thabanat), were considered enhancers of beauty when applied to the face. Another significant shape is the diamond or eye of a partridge (ain hijla), which takes its symbolic significance from the partridge, a bird of great grace and beauty to Amazigh culture; its sharp eyes are thought as vigilant watchers against danger.

Historically, Amazigh women have been associated with freedom, boldness, and political leadership, and were fundamental to Amazigh culture in preserving rituality, orality, and art. This legacy can be traced back to pre-Islamic times, and the uncrowned Amazigh queen and warrior Kahina whose name means ‘prophetess’ for her ability to foresee the future and lead her people to temporarily hold conquering Arab armies from introducing Islam to the local Amazigh tribes. Throughout North African history, Amazigh women were responsible for the orality of the Amazigh language, passing it down from generation to generation. In addition, Berber women were the protectors and proliferators of art, expressing their skill into textile weaving, jewelry construction, and hand and feet decoration.

Mansouri described his respectful approach in photographing individual female portraits:
“Women often come accompanied by a relative. They follow the man, veiled, not to be recognized in the street. When they come in the studio they submit to my rules. The only person that comes in is the one who wants the photograph. The person to be photographed has some space to fix her or his appearance, a small hand mirror, one on the wall, a hairbrush and combs. Generally, women come wearing makeup, well dressed, with jewelry. A certain distance is imposed otherwise it would be a sign of disrespect for a man to be too close to a woman. The clients are very different and it is almost impossible to tell who has been in a studio before and knows the procedure and who has never seen a camera and needs instruction. The approach has to be very delicate in order to avoid shame, especially since for some of them it is the first time when they are without veil in front of a man they are not related to. Sometimes, I have to intervene if the hair covers the face, or jewelry is not placed where it should be. Then I try to arrange it, but I take all the precautions of language and discretion.”

ABOUT THE PHOTOGRAPHER
When Mansouri was a child, he accompanied his grandmother to the local bazaar where he met a photographer who had a studio in back of a grocery store. The photographer later hired him and through an apprenticeship, Mansouri learned the craft of photography. Eventually, he left to open his own studio in the back of a barber shop, dedicated to portraiture. After years of documenting everyday people in the region, Mansouri inadvertently created a photographic archive, a legacy of images representing people and tribes rarely photographed. During this period, Algeria went through war and political turmoil as the country fought for independence from France; however, the stability of Mansouri’s studio was evident in the thousands of people he documented.