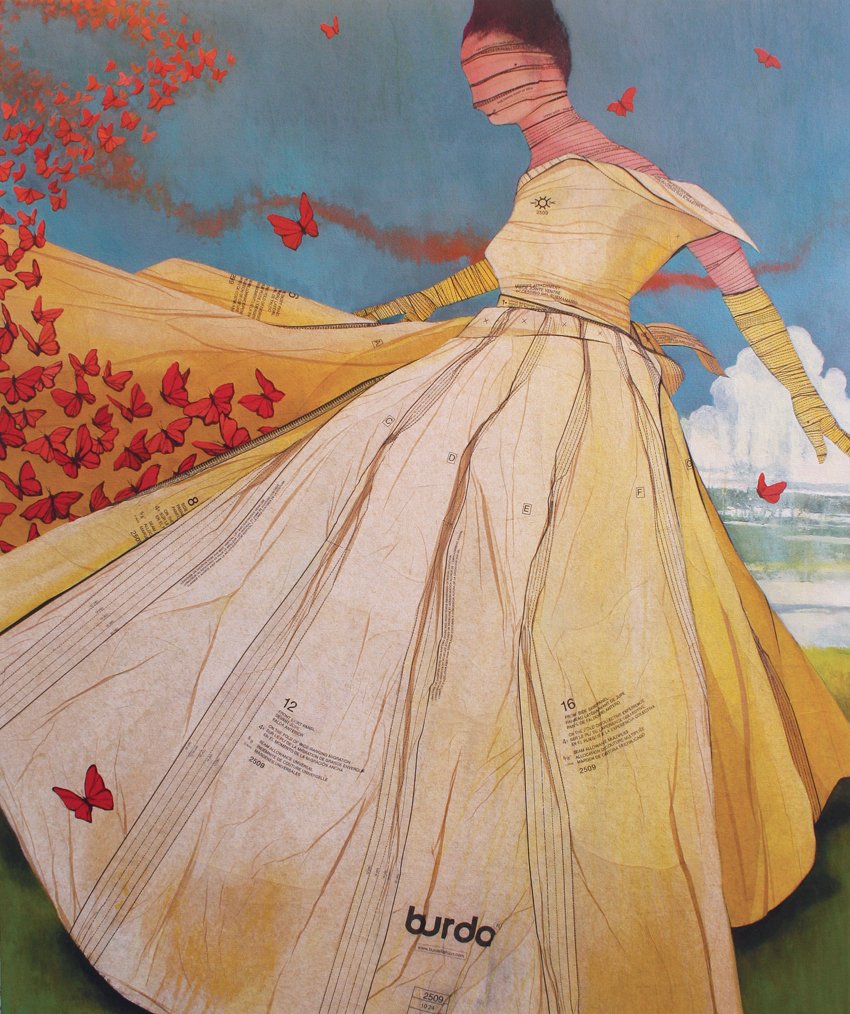 Painter John Westmark’s female figures are composed of sewing patterns on canvas. Westmark obscures the visages of his subject, creating anonymous and powerful women. Drawing on his southern roots, folk-lore, and feminist philosophy and imagery Westmark’s mixed-media paintings embody strength and struggle. While acknowledging the usage of sewing patterns in what has historically been considered “women’s work” Westmark is able to create forms that are “resolute warriors and” and “agent[s] of revolt”. John Westmark’s work has been exhibited widely and is held in collections worldwide, including Collectors Contemporary, Singapore; the Council on Foreign Relations, Washington, DC; the Frederick R. Weisman Foundation in Los Angeles, and the Bemis Center for Contemporary Art, Omaha, NE.