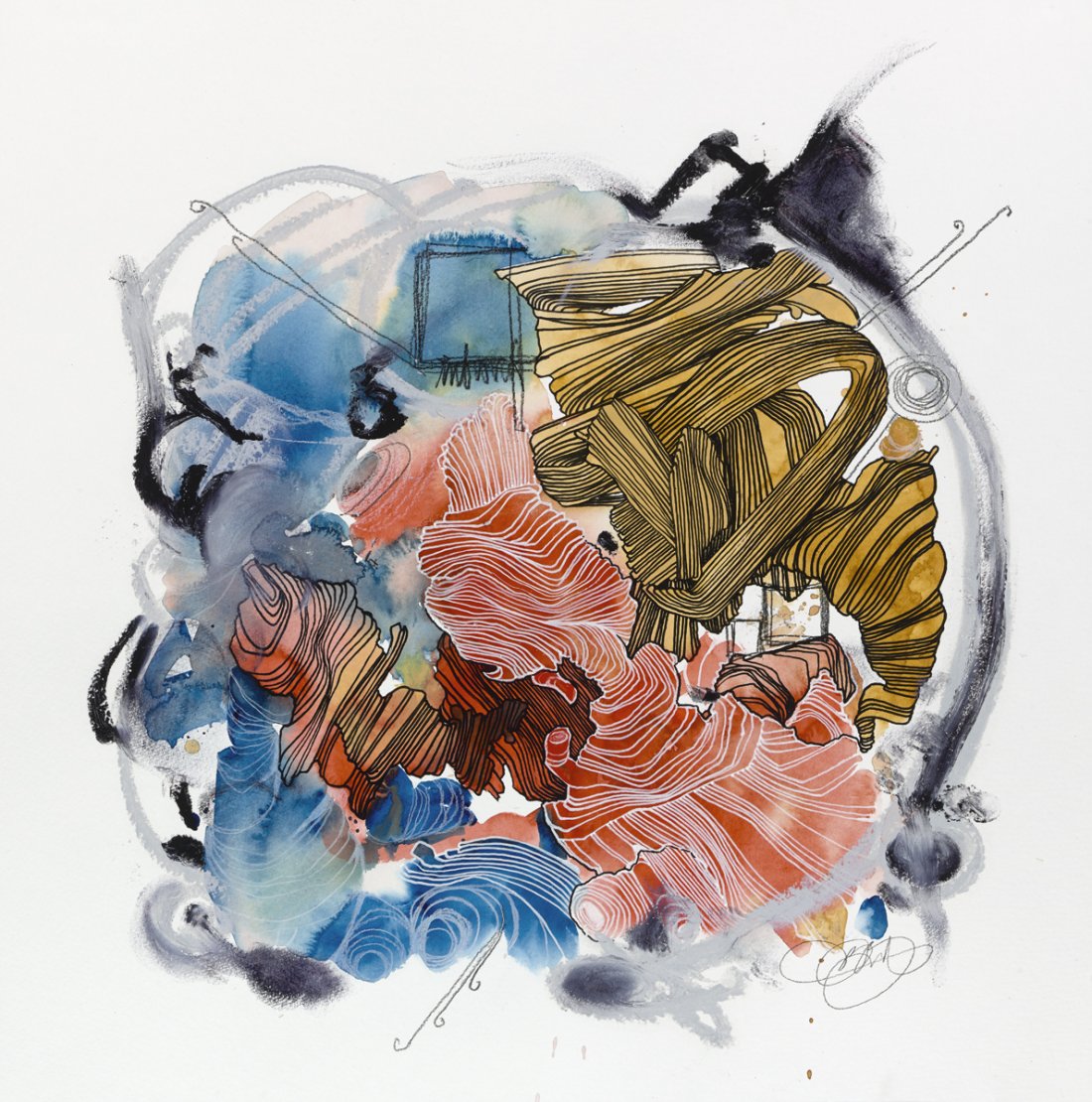 Samuel Lynne Galleries is pleased to announce Brandon Boyd’s return to Dallas for the opening reception of his new exhibition Impossible Knots on Saturday, March 28th, from 5-8pm. The artist will be in attendance at the opening reception, and the exhibition will be on view through May 11, 2020. A Los Angeles, CA native, Boyd is famously recognized as the vocalist and frontman of Grammy-nominated, multi-platinum selling rock band, Incubus, but it is not what solely defines him. Boyd has been creating visual art since he was a child, often drawing and painting intersecting lines and colliding topographies. This new body of work focuses on Boyd’s happily obsessive and continuous exploration of the nature of lines and what these miniature highways mean to him.

Boyd states that “It seems appropriate to call this newest body of work ‘Impossible Knots’. Not because the knots are accepted in their coiled, confused and chaotic present, but because it’s implicit in the word ‘Impossible’ to find out what is possible once those spiraling snags are loosed.”

This new collection focuses on large explosions of line intertwined with something lying beneath the surface. Each artwork seems to have a hidden meaning and even an inherent lyricism. Even though the lines seem controlled, Boyd feels that “reliability, comfort and calculability rarely create scenarios that equate to beauty. It’s the unforeseen, the surprises, the complications and the kinks in the rope that make stories worth telling, and their words worthy of our busied ears.” With Impossible Knots, Boyd is exploring his infinitely patient line work but is also allowing a less exacting canvas filled with smudges, smears, drips and splatters.

Along with showcasing his works on paper and mixed media canvases, Boyd will be releasing a limited edition 20 x 20 inch print, which will be available for purchase at the exhibition opening. The artwork ‘In Lightning #2’ will be released in a limited number of 200. Boyd is the author of three books combining his artwork, photography, and creative writing, and continues to display his work in solo and group exhibitions around the country. Incubus is celebrating the combined sales of more than 23 million albums and over 1 billion streams. Their new EP, Trust Fall (Side B) is being released in April of 2020 and they will be on tour in North America, Europe and the UK starting in May.

“There is something beautiful about a knot. Impossible Knots refers to the allusion of the knots we tie and invariably spend our lives either lost in or attempting to undo.”