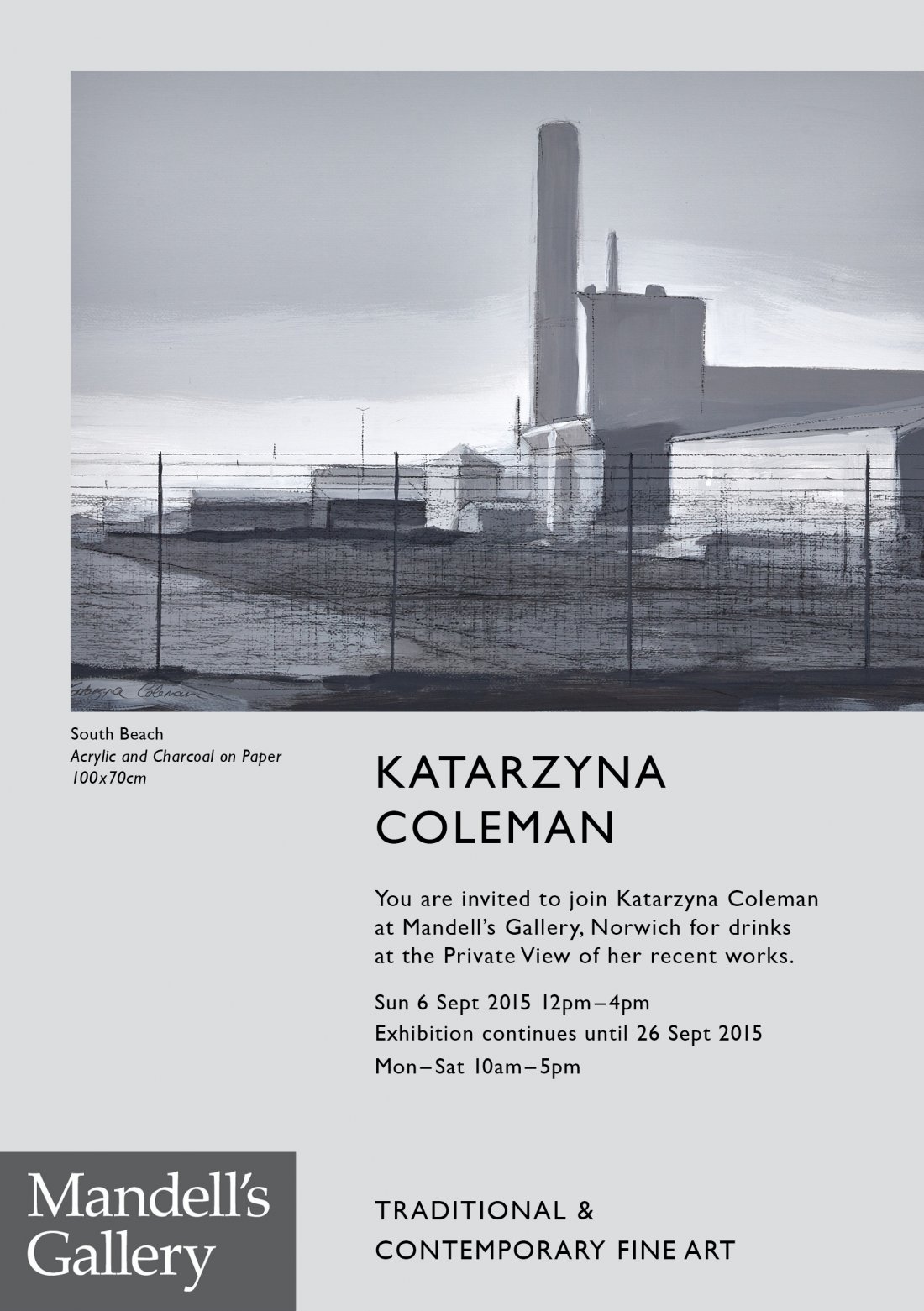 The industrial landscape of South Denes in Great Yarmouth has been the visual obsession of Katarzyna Coleman for the last fifteen years. Her studio lies just South of the line where the dwellings behind abruptly dissolve into that strange and desolate peninsula hanging between the Yare and the sea. The insistent verticals of the power station, the Britannia Monument off Fenner Road and the ubiquitous lamp-posts fracture the horizontal arrays of sheds, to create the stark geometry that forms her subject matter.

Coleman’s response to this geometry is intense, meditative and compelling. Some of these recent works form natural series, held together by a common theme such as the prominent power station closing off the end of Admiralty Road or the sets of barriers, gates and railings that define seemingly-random

no-go areas within the cityscape. Far from monochrome, the more recent works use carefully adjusted mixtures of just Prussian Blue, Burnt Umber and White to create a warm set of ‘grey’ acrylic planes ruptured by verticals of charcoal. These obsessively-worked, harshly-lit, neo-classical canvases and prints have a real and disturbing sense of place.

Other events from Mandell's Gallery