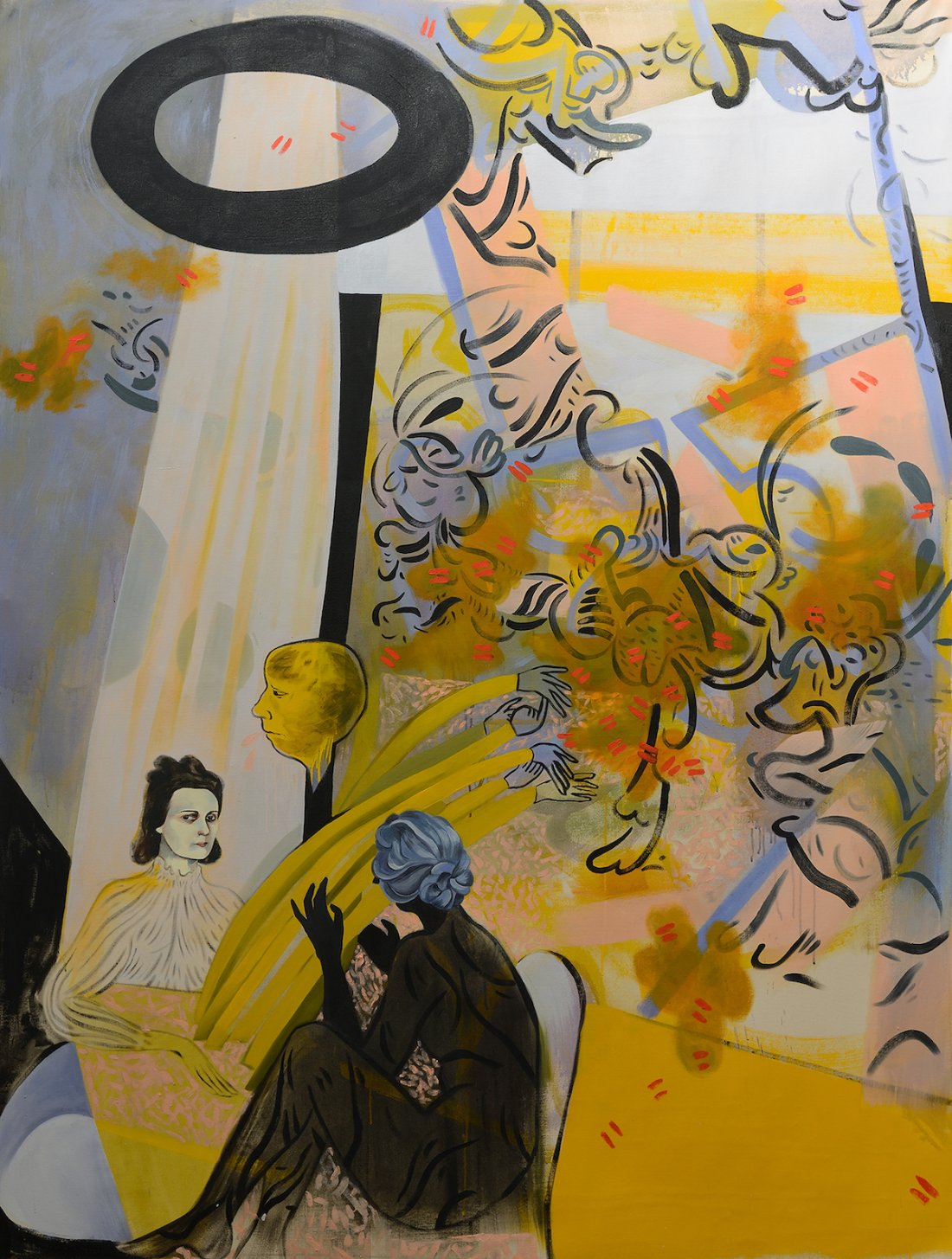 ‘Fake French’ is a playful turn of phrase, one that holds multiple colloquial meanings; but as the title of Jessie Makinson’s solo exhibition at Roman Road it imbues the idea of falseness and façade, more pertinently in the representation and role of women in art and contemporary society today.

Even after decades of feminism, the demands on women to fulfil and maintain societal expectations of appearance and status are prevalent. With the prolific address of the standards of style and beauty set forth by the media and surgical advances, these expectations have played an active role in the conceptualisation and disruption of value of women today. Observing the ways in which female subjects are often used as a prop to reflect such views, Jessie’s multi-figure paintings of women animate her interest in contemporary feminism, augmenting its sundry contradictions through ribald depictions and non-linear narratives.

By evoking the nostalgia of an oriental boudoir, Jessie's recent works interplay contemporary ideas of femininity and cultural appropriation. Often draped in patterned fabrics, a demonstrable reference to domesticity, her paintings of somnambulant females at once draw on the reciprocal relationship between fashion and art. Using new motifs from French fabric designs, such as leaves, basket weave and animal print, she adopts and instils the romanticism of the ‘Parisian chic’ as the epitome of style, orienting the canons of beauty that women are expected to portray. Along with the vibrant display of her recent paintings, the exhibition will also feature four framed drawings by the artist.

Jessie Makinson is a young British painter living and working in London. She graduated from Edinburgh College of Art in 2007 with a BA in Drawing and Painting, before attending The Drawing Year at The Royal Drawing School in 2011. In 2013 she was awarded the school’s fully funded Moritz-Heyman Artists’ Residency in Tuscany, Italy and later received the Sir Denis Mahon Award 2014–15. Her work has been shown in a number of solo and group exhibitions at notable galleries and museums including in Captain Lightfoot Presents... at The Glasshouse in Edinburgh, part of the 2014 Arts Festival. Jessie is currently participating in the Turps Banana Painting Programme for the second year, providing intellectual stimulus and support for painters within a creative and open studio environment.

Other events from Roman Road