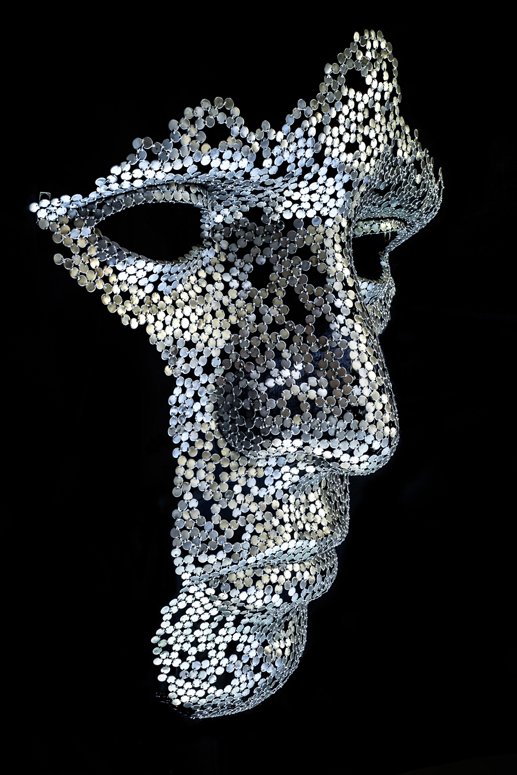 Rick Kirby has forged a hugely successful career as a sculptor, with over 27 public commissions to date. His predominately figurative work is made from small welded steel plates and vary in height from one to ten metres.

Kirby’s sculptures can be found in both public and private collections across the country. In particular, permanent installations can be seen in London outside the Houses of Parliament and on the banks of the River Thames in Putney. Most recently his work can be seen at the Chelsea Flower Show on the award winning Breakthrough for Breast Cancer garden. His work has been unveiled by royalty including our current queen.

Born in 1952 into a naval family in Kent, Kirby began his art education at the College of Art in Somerset, followed by a BA from Newport School of Art. After graduating he taught art for 16 years and it was during this time that his leaning towards sculpture evolved. Initially working in stone, Kirby was eventually inspired to explore steel whilst sharing a studio with a fellow artist working with metal and so began a remarkable journey for him.

Merging monumental presence with graceful watchfulness, a strong theme of guardianship runs throughout Kirby’s work with his figures often representing an archaic symbol of being and consciousness. His figures leave one with a sense of feeling safe and comfortable as they sit patiently, quietly witnessing the movement of the world around them. By comparison some of his sculptures create an air of incredible dynamic tension, as outstretched figures of great weight seem to balance effortlessly on their tiptoes. Industrial materials are translated into compositions of calm serenity with the cold physical weight of steel counterbalancing the perceived softness and warmth of human skin.

A keen interest in the relationship between art and architecture drives Kirby’s structural approach to making. He cites architect Frank Gehry as having a huge influence on his practice, referencing buildings such as The Guggenheim Museum in Bilabo, Spain, which blend form and function with elegance.

Other events from Bath Contemporary