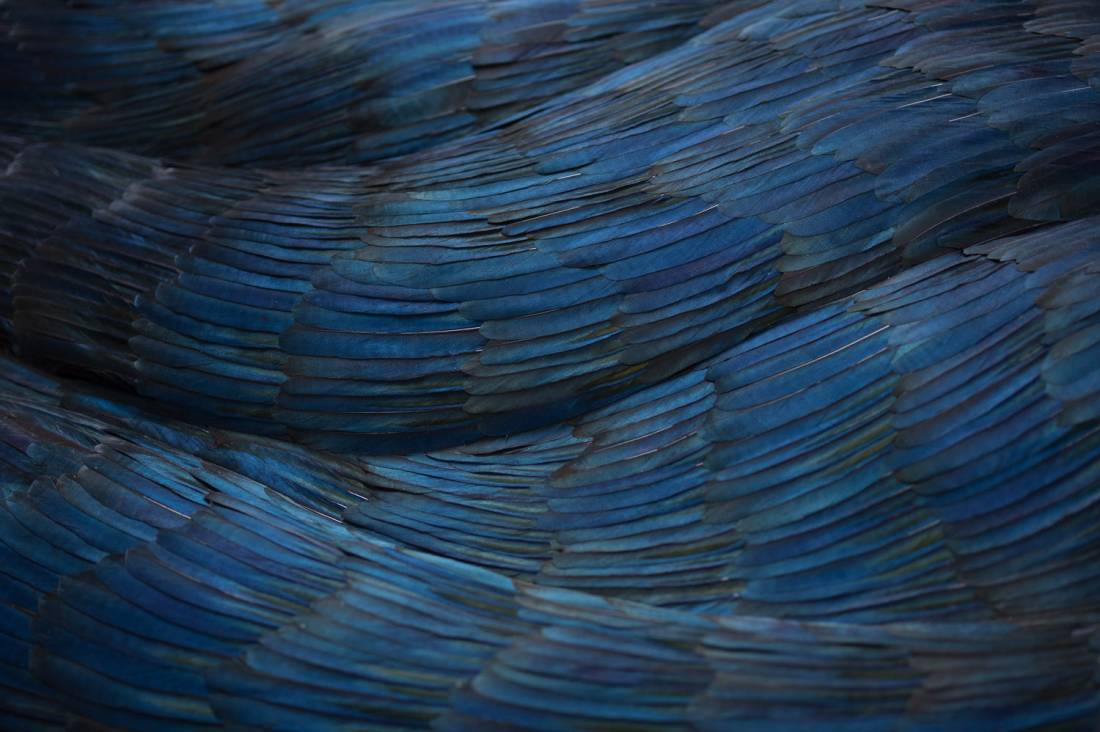 Galerie Les filles du calvaire is pleased to present the first solo exhibition of Kate MccGwire at the gallery. Included in the exhibition will be sculptures, wall mounted works and a large-scale installation, showcasing the artist’s sustained interest in nature and her personal meditation on life lived on the water.

MccGwire is known for her muscular, writhing forms made with feathers, and reminiscent of Classical sculpture and creatures from mythology. Her works explore dualities of aesthetics, being simultaneously seductive and repulsive; form, being both organic and abstract; and movement, appearing fluid yet being static. As she has noted: ‘I am interested in the interplay of opposites which runs like a leitmotif through everything I do. It is as if the work needs that tension to create its own internal equilibrium; it is an expression for me of the duality I see all around me and the materials I choose need to be able to physically embody this.’

Influenced by the cycles, patterns and currents of water, works in the exhibition explore conflicting relationship between nature and manmade. Observing the dichotomies of nature on her daily wild swims and walks, MccGwire’s makes work inspired by visual rhythms and sequencing observed in flowing water but also its rupture, control and diversion through human interference with dams and weirs. In her own words: ‘The water is momentarily held back, glistening, smooth, clear as it pours over the hard edge, then agitated and disturbed as it falls - only to find its own tranquillity again moments downstream.’

The artist’s process of creation begins with intense and repetitive method of collecting and preparing the feathers, where each of them is carefully examined and classified according to its size, shape and natural colour. In a compelling and meditative process, MccGwire arranges the feathers to mimic the overall form and patterning of the pieces informed and inspired by the anatomy of birds’ wings. Discarded, impermanent and overlooked materials have always fascinated the artist. In her piece TAINT she contrasted lead sheet with intricately arranged feathers, creating an anaemic, skin-like surface. In the visceral forms of UNDERTOW, the artist is seduced by the beauty, flow, power and turbulence of flowing water and ultimately drawn to the danger that lies beneath the surface.

While smaller pieces lure in the viewer into intimate observation of shimmering colour, the dark muscular form of GYRE overwhelms as it presses against the gallery's perimeters, its entwined tendrils eliciting a mixture of both desire and parasitical dependency. MccGwire’s abject structures are identifiable as stand-ins for the bodies, while also functioning as physical and metaphorical vessels. In an act of permanent transformation that echoes the processes of nature itself, the works on show give form to the everchanging states of life.