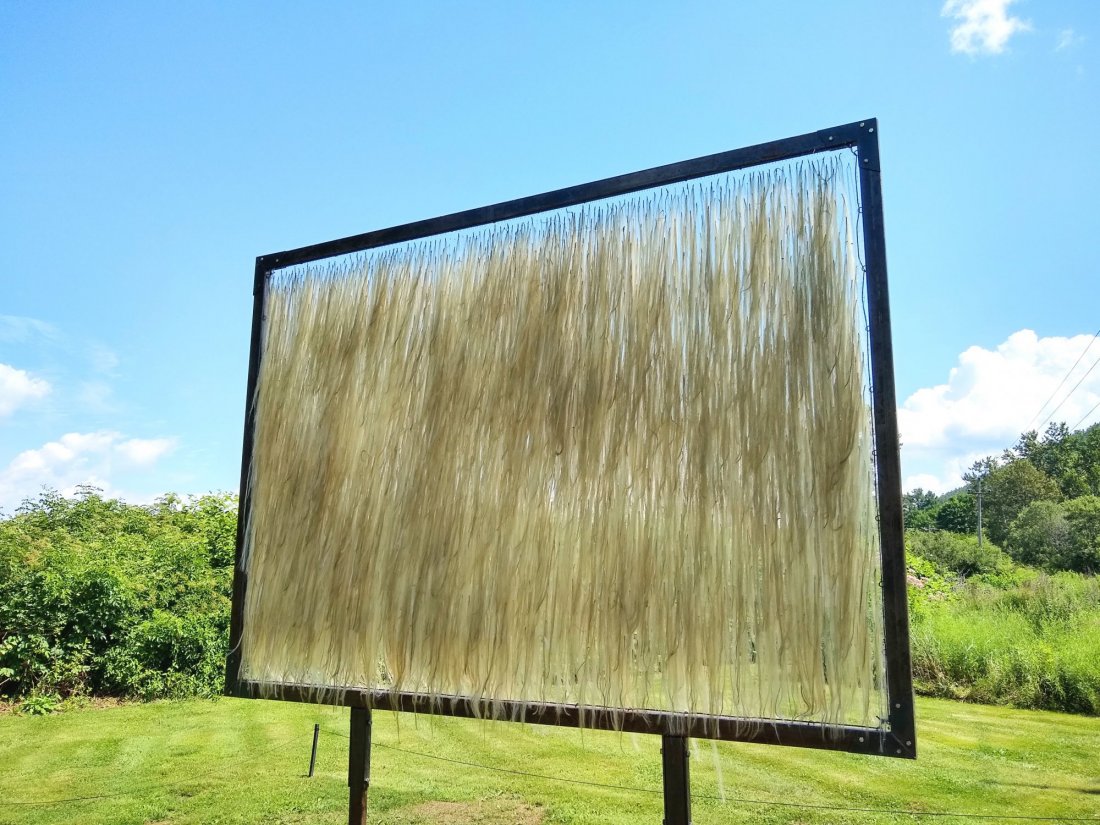 Exposed, Helen Day Art Center’s annual beloved outdoor sculpture exhibition, will be on display throughout the town of Stowe for a special Vermont Edition this year to support artists around the state.

Scott Boyd lives and works in Stowe, Vermont. He studied at Reed College and Yale University where he received his MFA in sculpture. Sculptors who have inspired him include Donatello, Constantin Brâncuși, Joel Shapiro, Barry Le Va, Laurie Anderson and Donald Judd. As a sculptor, Boyd has worked in a variety of materials including bowling pins and lobster shells; sails and steel; windows and model jet-planes; as well as, marble, metals and wood. In principle, the idea of the sculpture becomes its medium. For Boyd, creating a sculpture, is like exploring a new language—developing its vocabulary and finding its desire to bring abstractions of thought and expression into the possibility of communication. His other pursuits included writing poetry, drumming and dancing Argentine tango.

Stowe native Christopher Curtis works primarily in stone, navigating the liminal space between science and art. In each stone, he sees both its ancient history and its unique shape. He has studied the geologic history of Vermont, following the ancient lines of glaciers and inland seas to find stones whose stories resonate with the sculptures they become. Curtis’ work resides in public and private collections throughout the U.S., including the permanent collections of the University of Vermont, Champlain College, the U.S. Federal Reserve, and the Appleton Museum.

Justin was born June 7th, 1983 in Boston Massachusetts. After graduating Melrose High School he moved to southern Vermont where studied and worked with oil painter Eric Aho. In 2007 Justin moved to Portland, Oregon to gain a degree in printmaking from the Pacific Northwest College of Art. During this time he had numerous solo exhibitions, including a collaboration with St. Mary’s Home for Boys and P:EAR. While attending college Justin also interned with Oregon sculpture Lee Kelly. Currently Justin resides in Brattleboro, Vermont working as a professional artist.

Born in the late '40s in upstate New York's Mohawk River Valley, Matusz is the son of a carpenter and working mother. A childhood knack for drawing, combined with high school visits to Munson Williams Proctor Institute in Utica, New York, shaped Matusz's early artistic development. From drawing, he progressed to painting and the study of space and structure on canvas. He then began experimenting with sculpture, and received formal welding training in 1969. Welding accelerated Matusz's interest in sculpture, which is now the main focus of his attention. He lives and works in northern Vermont.

Nancy Winship Milliken Studio is a place-based environmental art studio committed to building community through collaborative expressions of reverence for the land, humans, and animals. Defining her sculpture as “contemporary pastoralism,” Milliken is inspired by our age-old relationship to nature as a way to consider ecological questions in the present. The sculptures interact with the environment and are activated by ephemeral forces such as wind, rain, and sun, calling attention to the textures, odors, and movement of natural materials composed in formally simple structures. The work ultimately addresses complex issues involved in sustainable living.

Judith got hooked on making sculpture when she took a welding class at a community art center in Illinois.  From the beginning she was fascinated with moving forms and with the fabrication process. Now, for over 45 years, she has been developing ideas and techniques for her kinetic and stabile sculptures. Her studio/workshop is at her home in Morrisville.