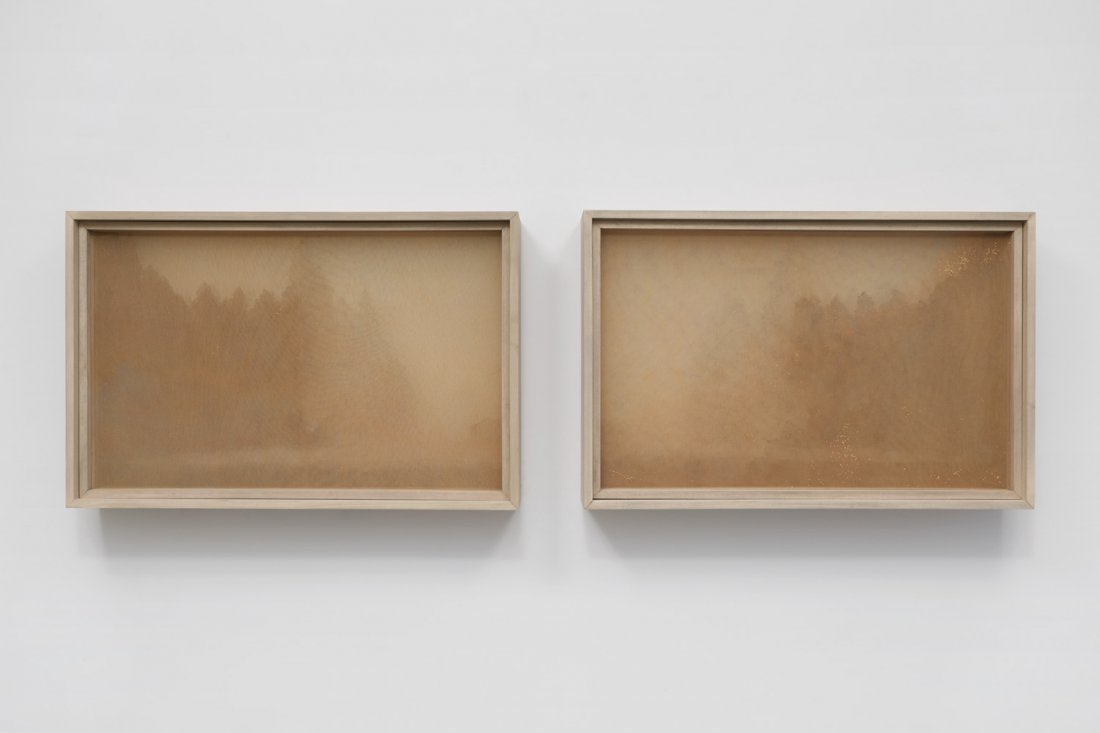 The Jane Hartsook Gallery is pleased to present Kate Robert’s first solo exhibition in New York City. In her art practice, Roberts uses the decay of specific objects, architecture, or relationships to meditate on the passage of time. In this new body of work, she widens her lens, considering the massive destruction caused by forest fires that blazed across Oregon and much of the West Coast in 2020, the effects of which rippled out as far as the East Coast and Europe. Using clay dust to “paint” on transparent fabric, Roberts recreates the smoked-out landscapes left behind by the raging fires. Through skillful, time-consuming work, Roberts crafts the results of swift devastation wrought by the decay of environmental stewardship.

Kate Roberts is from Greenville, South Carolina. She earned her MFA and BFA from Alfred University in ceramics, with minors in art education and art history. Roberts’s work has been shown nationally in museums such as the Tampa Museum of Art (Florida; 2011) and the Everson Museum of Art (Syracuse, NY; 2006), and in major exhibitions such as Scripps College 69th Ceramic Annual (Claremont, CA; 2013) and Ceramic Top 40, shown at Red Star Studio (Kansas City, MO; 2013) and Ceramics Program, Office of the Arts at Harvard (Allston, MA; 2014). She has held residencies nationally and internationally, including at Project Art (Cummington, MA; 2012), Anderson Ranch Arts Center (Snowmass, CO; 2011), and Cité Internationale des Arts (Paris, France; 2011). Roberts has also taught extensively, including at University of Wisconsin–Madison and the University of Washington in Seattle.  Currently, she is Assistant Professor at the University of Memphis in Tennessee.