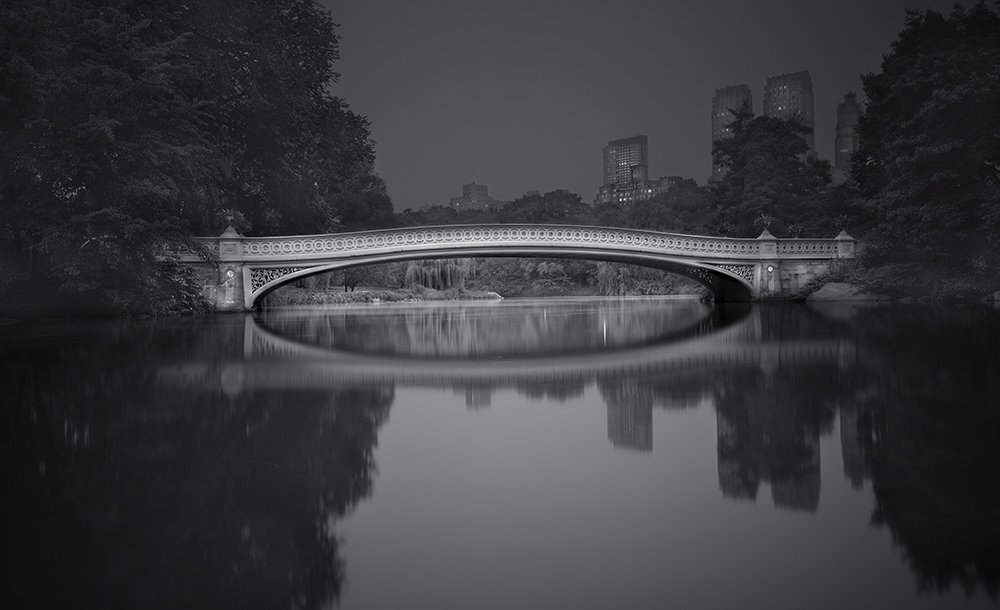 This winter Gilman Contemporary will exhibit Michael Massaia’s luminous black and white photographs that capture New York City in moments of quietude.  Featuring two interwoven parts of his on going series Deep in a Dream the exhibit will draw the viewer into the trees, tunnels, arches and paths of Central Park in the early hours of morning. Massaia’s work demonstrates a deep understanding of traditional photographic process and a unique sense of time and place.  With a large format camera Masssaia photographs the park during “a period of metamorphosis” during late night and early morning hours- a time when the city is seemingly at rest.  In the new series Respite, a continuation of Deep in a Dream, Massaia captures the arches and tunnels that dot Central Park.  He writes “These arches and tunnels have become like homes, and have always given me the second wind to head back out into those late lonely nights and early mornings.”

Self-taught photographer Michael Massaia is a master of his chosen medium. Born and raised in New Jersey, Massaia’s images capture New York City and New Jersey at times of calm. Shooting between the hours of 2 and 4 am, Massaia’s ongoing series “Deep in a Dream: Central Park” pulls the viewer into each detailed image. Light illuminates the branches, paths, tunnels and ponds creating landscapes within the dense, bustling city. Massaia employs photographic techniques that are based on careful research and experimentation. All of his work demonstrates a deep understanding of traditional photographic aesthetic and process, while evoking a sense of modern isolation. “Deep in a Dream” has been featured in the Huffington Post, The Daily Mail, and the April 2017 issue of Zoom Magazine. His previous work has been featured in a wide variety of media outlets including CNN, The Guardian, The Washington Post, American Photo Magazine, and Slate. He lives and works in New Jersey where he finds inspiration for his dreamlike compositions.