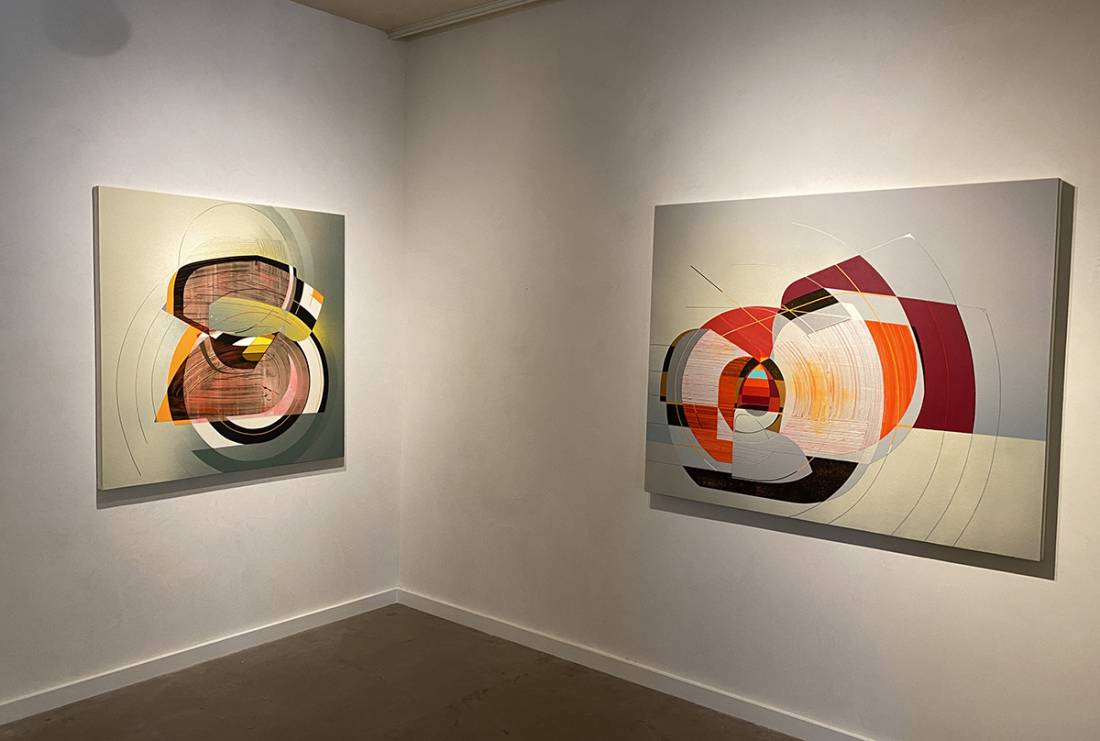 Smooth, hard edges are met with thick textural brushstrokes in Alex Couwenberg’s abstract paintings. Each painting has a measured balance between movement and stillness showing a deep understanding of process and composition. Couwenberg’s layers of paint are reflective of the artistic, environmental, and social influences of Southern California.

Alex Couwenberg is a Southern California abstract painter deeply influenced by the art and culture of his local community. Couwenberg’s thin line, patterns and choice of color are particularly inspired by surf and skateboard cultures, as well as the custom car and hot rod aesthetic elsewhere known as Finish Fetish. His artistic influences include the Light and Space Movement, as well as the work of Karl Benjamin, who was Couwenberg’s mentor. He is best known for combining hard-edge abstraction with gestural brushwork, layering, raw edges, and textured surfaces, thereby bringing depth and an expressionist touch to a tradition of painting known typically for its flatness. Couwenberg's paintings can be found in numerous public, private, corporate and museum collections, including the Getty Museum, throughout the United States, Europe and Asia.

My work is a product of the world that surrounds me.  It functions as a snapshot of my visual landscape.  Inspired by attitudes, culture, music, fashion, cars, architecture, design, skateboarding and surfing to name a few, my work has always been about capturing time and the moment through creating images of things that hold an importance to me.