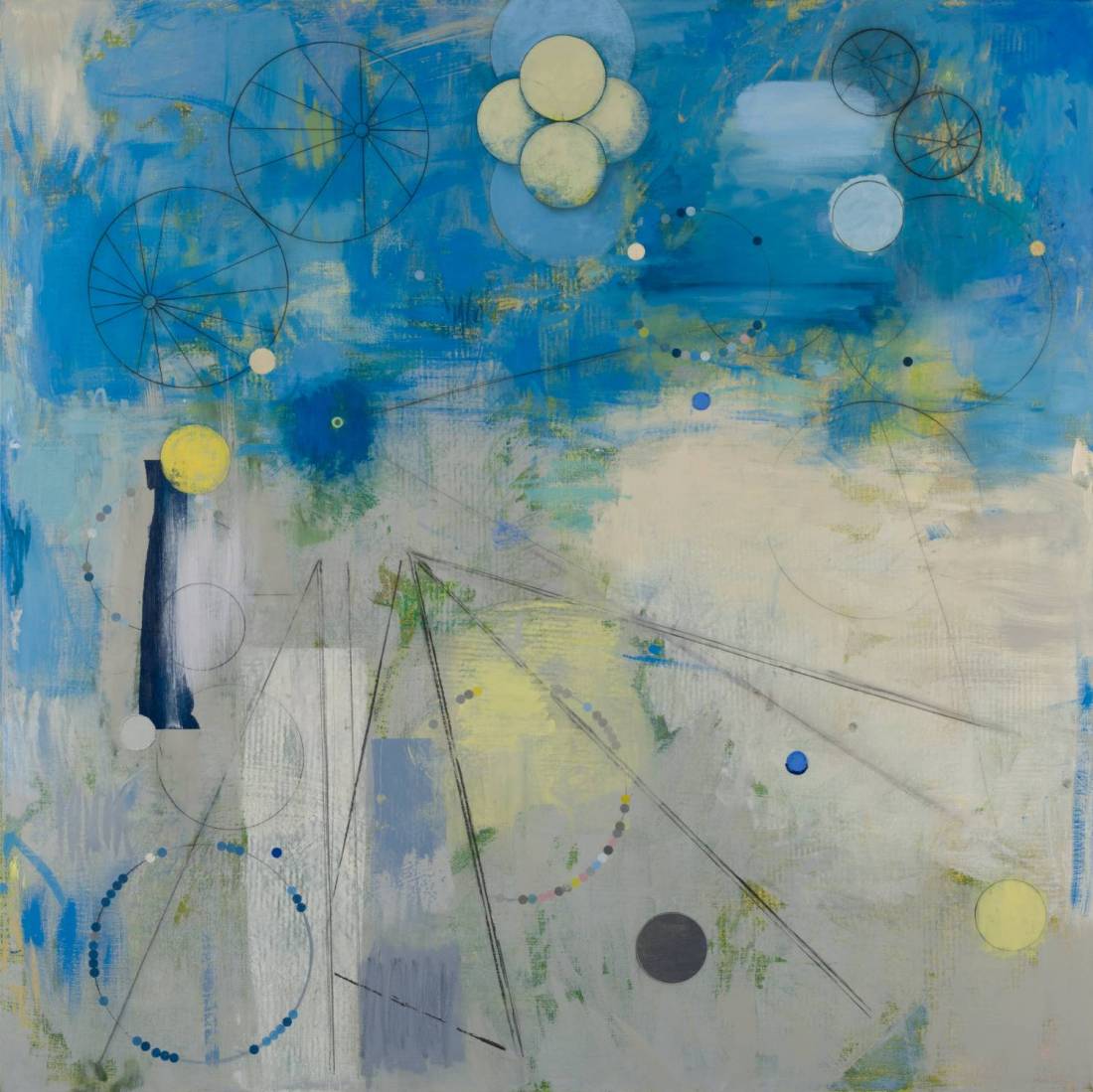 “These Days refers to the actual time spent in the studio making the paintings and the compression of that time sensed during their viewing. Numerous hours of work and observation invested in the making reveal themselves in an instant to the viewer. Stops and starts, progressions and about faces, the actual days are stacked and layered upon themselves to comprise a singular image.

These paintings were made over the course of the last three years. Some began with promise, then sat to the side as others captured my attention. Returning to these paintings much later, I decided to revisit familiar motifs and methods that I had not used in years, including wallpaper patterns, drawn quatrefoils, dots on arcs, and opposing circles and spheres. Reintroducing these familiar aspects of my work brought time together, the past to the present, these days.” – David Collins, 2022

Among his many distinctions, Collins has been honored with fellowships at Yaddo Artist Colony, Saratoga Springs, NY and Robert Blackburn Printmaking Workshop, New York, NY. David Collins is a graduate of Rhode Island School of Design. He lives and works on the North Fork of Long Island.

Please contact Kenise Barnes, director: Kenise@kbfa.com with inquires or to arrange a preview of the exhibition.