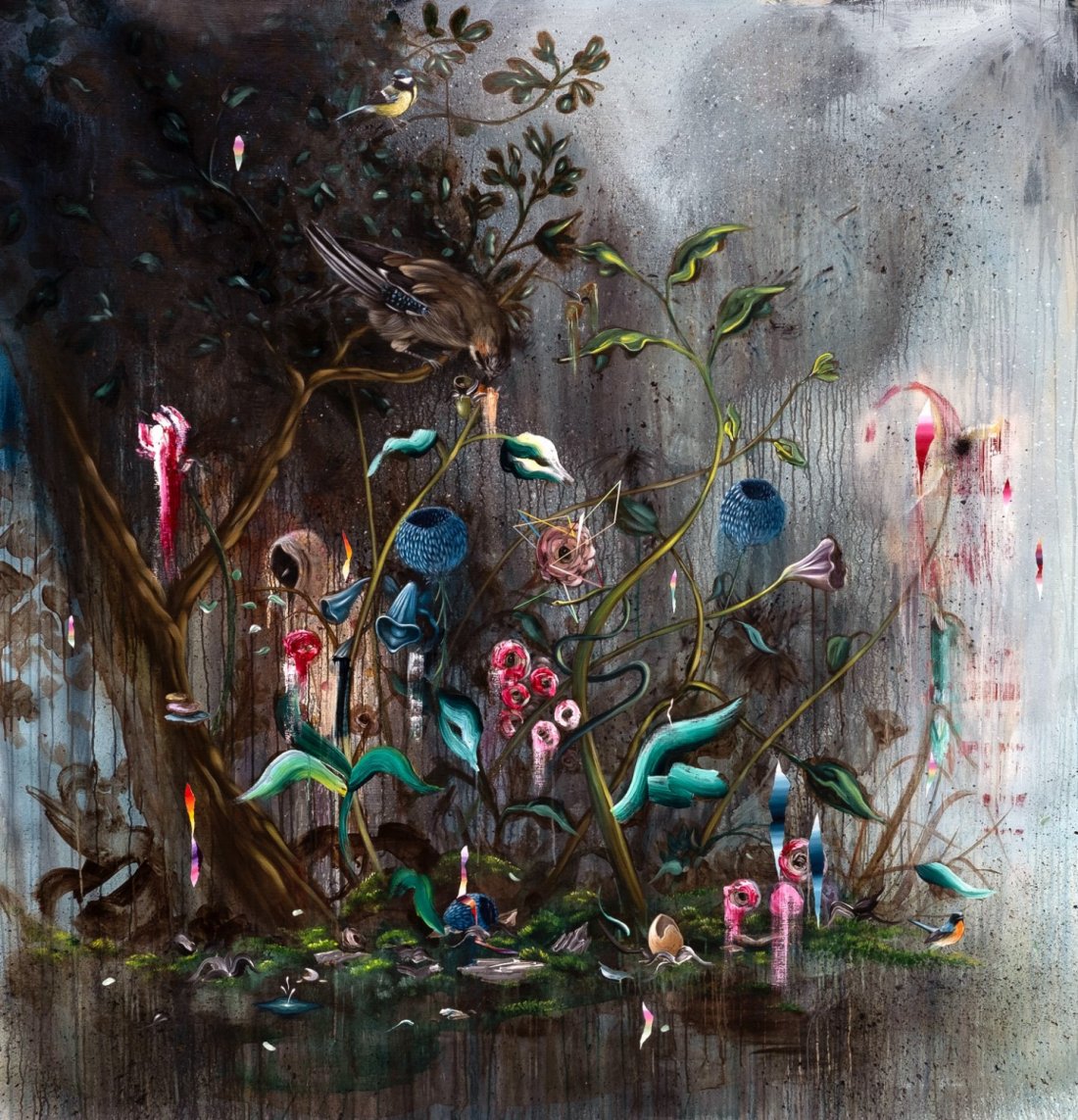 Running from July 11-August 1, 2020, “A Garden of Trust” — van der Sluijs’ third solo spotlight at Vertical — presents the category-defying artist’s most ambitious and immersive collection to date, bringing together paintings and works on paper that reveal profound new depth and dimension in his dreamlike, deeply personal approach. The exhibit kicks off with a special opening-day event taking place at the gallery’s 1016 N. Western Ave. location on Saturday, July 11 from 11:00 am to 6:00 pm CT.

“A Garden of Trust,” which follows May 2016’s "Luctor et Emergo" (van der Sluijs’ solo Vertical debut) and June 2018’s “No Concessions,” is highlighted by three intricate, giant-scale canvases, one a jaw-dropping 7.5 feet by 7 feet. “This is an intense show,” van der Sluijs says. “When I returned home to Maastricht after my previous Vertical show, I thought ‘What would it be like if I worked for years on a few big paintings? Back in the 1600s and 1700s, artists spent a year or 18 months on large still lifes, so why not give it a try?’ It took me a year and a half to complete the detailing and layering. It’s technically very challenging — and I like challenging.”

The Dutch masters of centuries past also directly inspired the rich color palette and vibrant brush strokes energizing “A Garden of Trust,” which additionally summons childhood influences including graffiti art, vintage Teenage Mutant Ninja Turtles comics and the exotic birds who populated van der Sluijs’ grandfather’s aviary. “All the elements in my work stand for something,” the artist says. “It’s a personal story translated into the kind of paintings my country is known for.”

The title “A Garden of Trust” holds personal meaning as well. “The garden is the gallery space,” van der Sluijs explains. “I never had the trust in other galleries that I have in Vertical. In my opinion, a ‘garden of trust’ is what a collaborative project with a gallery should be.”

Van der Sluijs began writing graffiti at the age of 11, a year later commencing studies at the professional painting college in Goes. He spent the next eight years studying a range of disciplines in institutions across the Netherlands, earning a Master’s degree in fine art from the Academy of Art and Design St. Joost in Breda in 2004. In the years since, van der Sluijs has exhibited in galleries across Europe and the U.S., also painting murals in Chicago, The Hague, Berlin and Leuven, Belgium, among other locales.