SCREENING: Another screening on Beirut 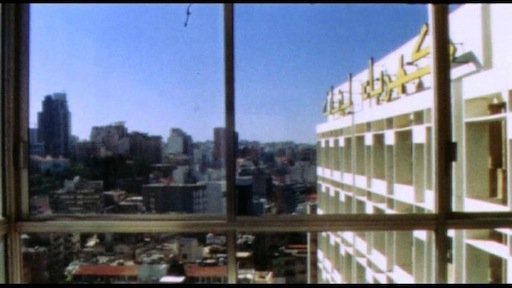 Coinciding with Raed Yassin installation 'Postponed Noon' at Vitrine Bermondsey Square, 'Another Screening' on Beirut is a programme of videos selected by Amanda Abi Khalil. It will feature films by Siska, Ali Cherri, and Laure de Selys.

Cities have always been sources of creative inspiration for artists, but unlike other cities, Beirut seems constantly in need of being described, defined, defined again, seized: presented and re-presented. For some it becomes an obsession, for others a need to document the present when even the past fails to remain latent. There have been many screenings on Beirut and there will be many more to come. The city‚ unidentifiable urban landscape, its ephemeral atmospheres, its real and fantasized transmutations, constant transfigurations, haunted images and mutable histories reassess its constant urge for representation.

Lost in time and translation, images transport us on a journey behind the modernist facade of Beirut‚ electricity building. The images shot on super 8 are accompanied by droning noises reminiscent of experimental, electronic sounds of the 1950s and 60s. The video portrays Lebanon‚ National Electricity building (E.D.L.) as a homage to a modernist project once linked to the very construction of Lebanon‚ modern state. Until today central Beirut suffers from a power cut of three hours a day.

‘I was disappointed the day they announced the war had ended. I used to be elated at the idea of living in a city that was eating itself, like excess stomach fluid that digests and gradually eats away the stomach.’ In a cyclical structure from dark to light, Un Cercle autour du Soleil is a reflection on growing up in Beirut during the years of the civil war, and how to adapt to the post war life; accepting the body that is in ruin, and learning to live in the city that is always already in ruin. A voice over begins: ‘During my early years I loved darkness. Especially during the fighting I used to close the curtains in my room, turn off the lights and get under the bed covers.’

17 Unsent Postcards is a selection and composition of staged and documentary videos I filmed during my first stay in Lebanon. As defined by Serge Daney, the postcard is a medium that entails a message with a double meaning. These videos address personal and collective memories; they are interventions, points of contact between two pasts: mine and that of the place. Each postcard is an attempt to encapsulate micro-acts of immigration in the visual history of Beirut and its surroundings.

‘Another screening on Beirut’ is supported by the British Council.

Siska (Elie Alexandre Habib) was born in Beirut in 1984, and graduated from the Lebanese Academy of Fine Arts ALBA in Beirut with a master degree in cinema studies and film directing. Today he lives and works between Beirut and Berlin. Siska was a former member of the Hip-hop group ‘Kita Beirut’‚ he produced music, wrote and performed live for more then seven years. After finishing his music career, he expanded his interests to become involved in various experimental film productions and art venues where he developed new approaches to his practice.

Ali Cherri was born in Beirut in 1976, and graduated in Graphic Design from the American University in Beirut. In parallel to his design work, he completed his Master Degree in Performing Arts at Das Arts (Amsterdam) in 2005. Cherri is a visual artist working with video, installation, performance, multimedia and print. His recent exhibitions include Bad Bad Images, a solo show at Galerie Imane Far’s (2012); gagements, Institut du Monde Arabe (2012); Exposure 2012, Beirut Art Center (2011); Southern Panorama, VideoBrasil (2011); Beirut, Kunsthalle Vienna (2011); and A Fleur de Peau, a solo exhibition at Galerie Regard Sud (2011).

Laure de Selys is a Belgian and French artist, born in Geneva in 1986. She studied at University der Kunst and at Acadamie Libanaise des Beaux Arts (Beirut) in their respective new media departments. In 2010, she received a Masters in Fine Arts from the Ecole Nationale des Arts Visuels de la Cambre (Brussels). From 2006 to 2010, she has adapted, written, filmed and acted for aether9, a collaborative web performance project focusing on remote real-time storytelling. Her work has been exhibited in several collective exhibitions in Berlin (Imago FotoKunst Gallery), Brussels (Atelier 340, Dexia Art Center, Halles de Schaerbeek), Paris (Access&Paradox Art Fair) and Beirut (Beirut Art Center, Badguer-Araman factory, Art Lounge). In 2009, her work was also presented in Palestine for the Riwaq Biennale as a resident of Al-Mahatta Gallery and in 2012 for the Qalandiya International-Gesture in Time exhibition. Laure de Selys currently lives and works between Brussels and Beirut.

Supported by the British Council.