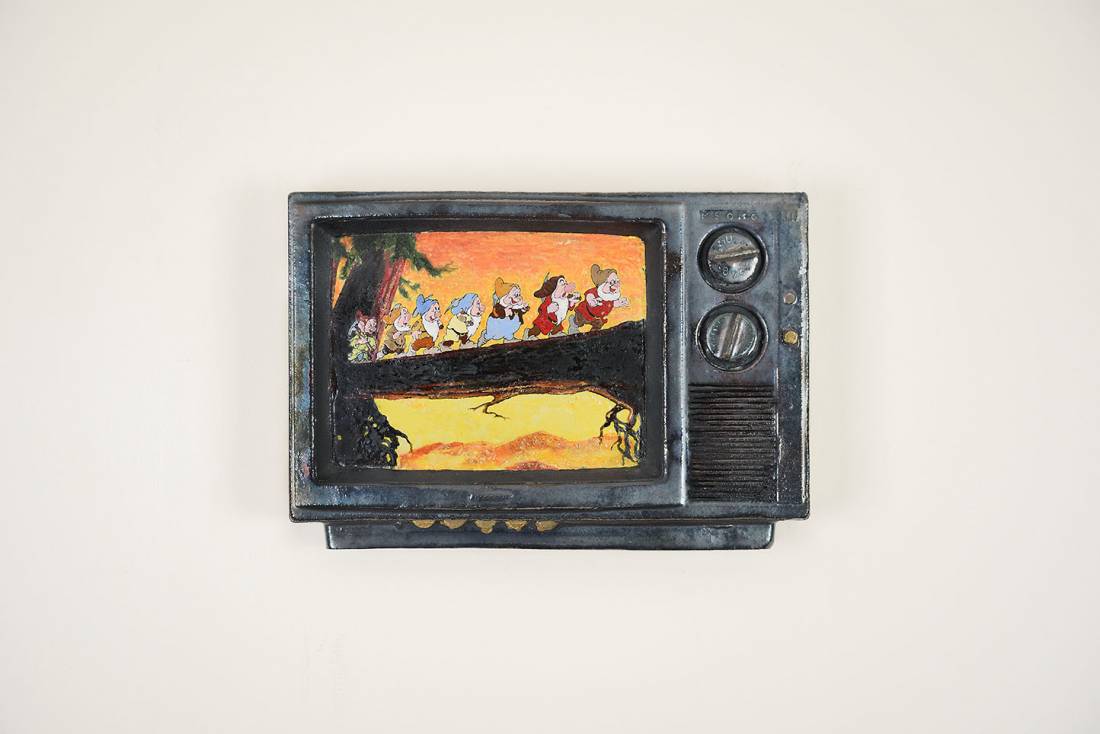 OMNI is pleased to announce Little Jewels, an exhibition of new ceramics and paintings by New York-based artist Jesse Edwards.

Employing 17th-century Dutch glazing techniques in his ceramic practice, Edwards provides satirical commentary on contemporary culture and mass media via historical European art methods. In Little Jewels, Edwards expands on his television series, which he initiated in 2008, by employing the aesthetics of Disney animation to reflect childhood nostalgia. Featuring scenes from Fantasia, Snow White, and Peter Pan on ceramic replicas of 1980s Sharp television sets, Edwards explores the symbolism of Disney’s creations which are charged with innocence, idealism, horror, and villainy.

Also included in the exhibition are Edwards’s ceramic card houses that are painted and assembled by hand, his signature still life oil paintings, and works from his palette paintings series that began in 2017. In his palette paintings, Edwards showcases the discarded palettes used during his painting process and reframes them as beautiful abstract paintings in their own right.

Having studied oil painting at the Gage Academy of Art in Seattle and later under the tutelage of Charles Krafft and photo-realist Chuck Close, Edwards began combining street art with techniques associated with historical European art. His ceramics are in the permanent collections of Museo Jumex (Mexico City) and Museum of Sex (NYC) and have been featured in the New York Times, Vice, and Seattle Times.