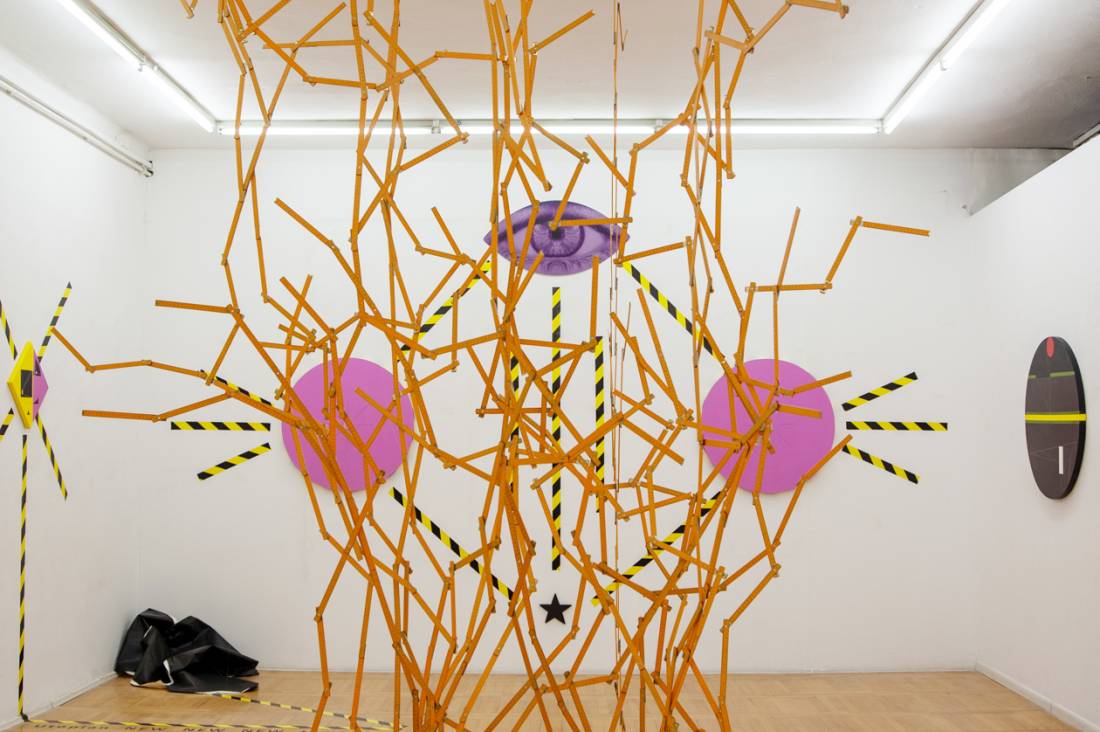 (paradoxically) to the famous district of Hollywood, the factory where dreams and utopias are

according to a utopian plan of communist propaganda, where in the years since 1989 socialism has

Europe after the Second World War. The program of forced industrialization introduced by the

socialist regime opened up new employment opportunities for people from the countryside, who

“where technology can and must work wonders”.

After 1989, Nowa Huta lost its identity as a socialist model city. Much of the steel industry was closed

and 90 percent of the workers lost their jobs. There followed a period of searching for new narratives

The exhibition consists of an installation, a video, digital prints and paintings.

The installation was created from masonry meters which, when contrasted with natural materials,

suggests an urban intervention in the landscape, while the recurring form of the floor plan of the

Krakow Basilica refers to the search for utopias, from the heavenly Jerusalem to more futuristic

concepts. The exhibition also includes a video recording of the artist’s performance in the center of

Nowa Huta. A canvas depicting the utopian ground plan of the city is inverted onto the sidewalk and

drawn by the streets. The work symbolizes the encounter of utopia with reality, the disruption /

assault on of utopia. As the artist walks backwards, the canvas moves forward, expressing the

inherent contradictions of the historical development.