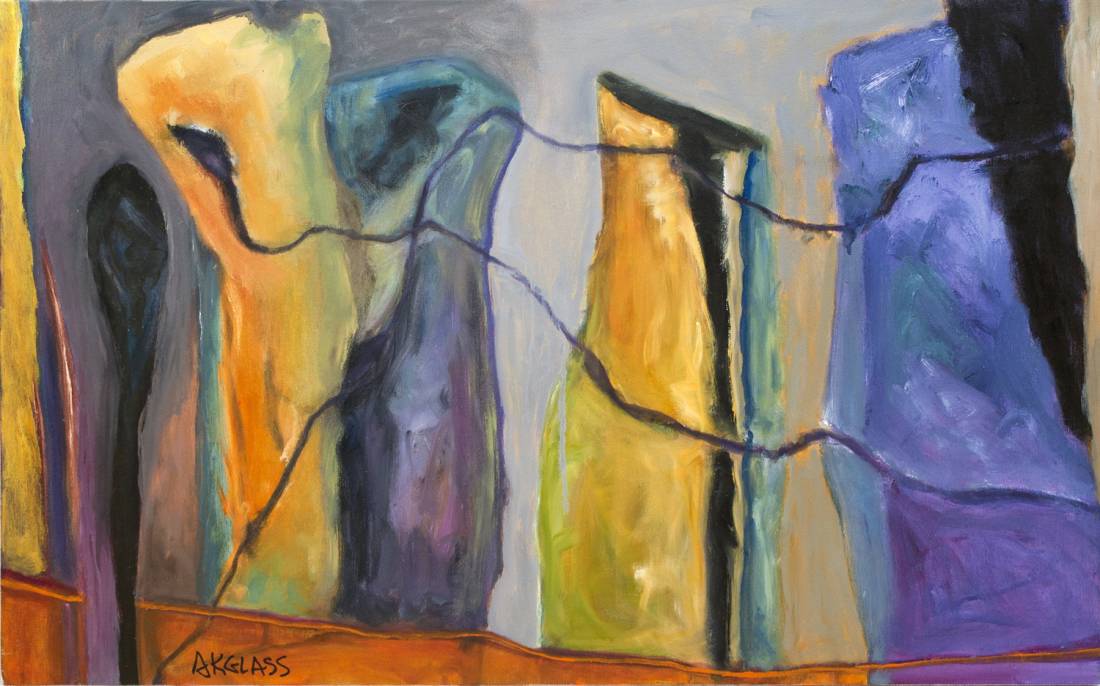 Inner Journey, an international online solo painting exhibition by AnneKarin Glass, opens on October 01 and will continue through October 31, 2022.

The inspiration behind AnneKarin magical abstract oil painting is the beauty she sees; in real world, in imagination, as well as her dreams. As she wrote in her statement: "The painting itself, once begun, tells me everything I need to do and how to do it."

Visit this unique exhibition and walk into AnneKarin's world at https://www.exhibizone.com/inner-journey-exhibition

AnneKarin was born into an environment where originality and creativity were prized and rewarded. Her father, Henry P. Glass, was a founder of the field of industrial design and a pace setting designer during the 20th century. Her mother, Eleanor, was a master dressmaker. AnneKarin studied at her father’s knee and spent her childhood summer vacations at the School of the Art Institute of Chicago. AnneKarin continued to create art during high school and college. In the Peace Corps in Brazil, she established a leather goods factory to give semi-employed shoe makers steady work. She designed and make patterns for shoes, bags, belts, jewelry, and household items in leather. She also produced a body of woodcut prints and photographs.

After finishing her Master's degree at Illinois Institute of Technology, she moved to San Francisco, where she established her own corporation, a graphics brokerage. She designed and produced architectural graphics and illustration, photography, and graphic design for print and electronic media.

AnneKarin has exhibited her work at the Art Institute of Chicago; SOMARTS Gallery, Modesto Lanzoni Gallery, 23rd Street Gallery, Bonhams & Butterfields, Tubac Center for the Arts,, the Napa Valley Mustard Festival; Green House Gallery, San Antonio; and has had multiple solo exhibitions locally and in Brazil. Her award-winning work is included in private and institutional collections the worldwide, and has been published in books and magazines internationally.

Other events from Biafarin Inc.