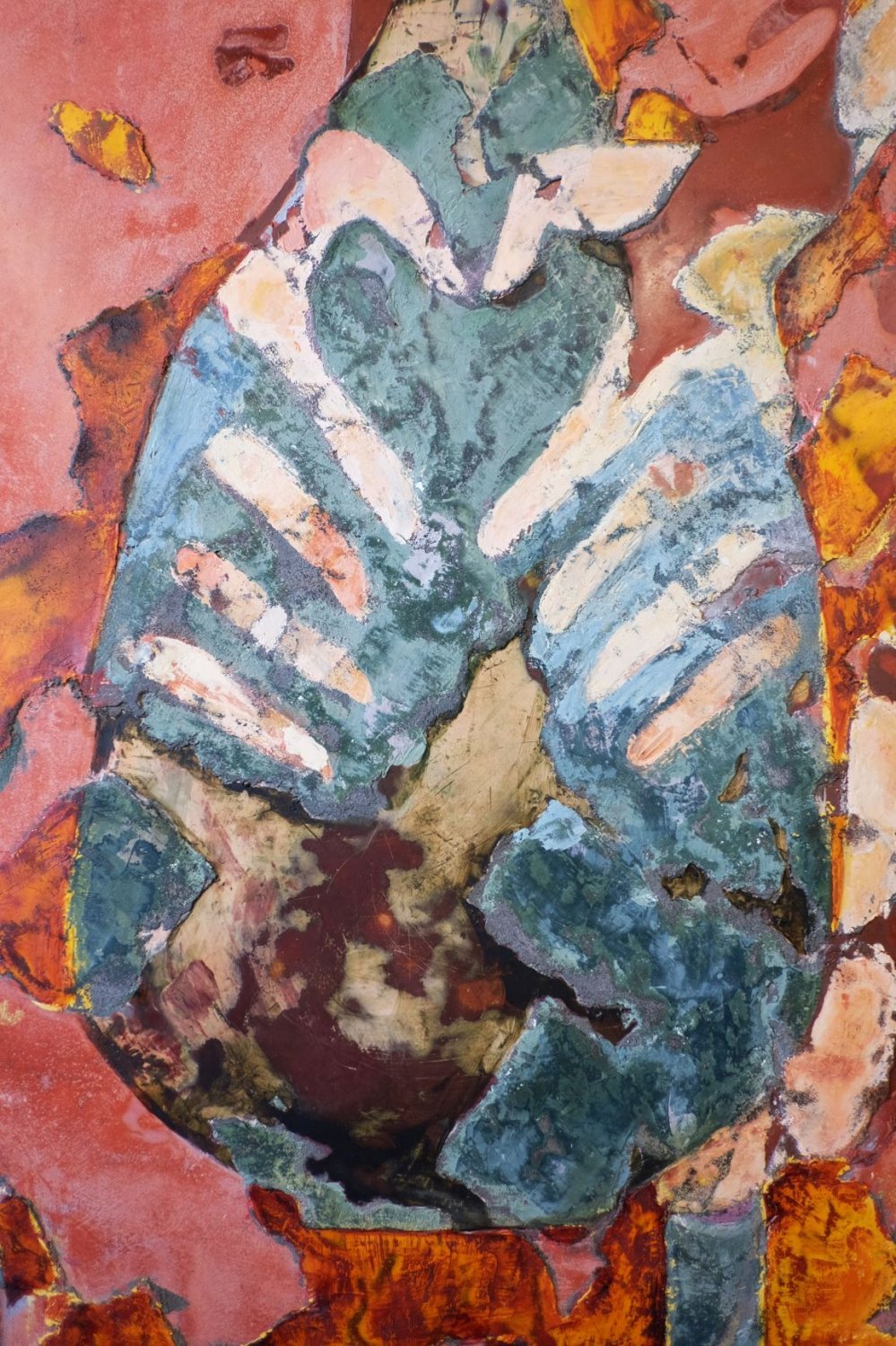 Toronto, ON – Opening on 17 October and running until 23 November, the gallery is pleased to present an exhibition of new work by Beth Stuart.

In 16th century BCE, the settlement of Akrotiri (modern-day Santorini, Greece) was destroyed by a devastating earthquake followed by a volcanic eruption. The town⁠—and its vibrant frescoes—were blanketed in metres-thick layers of ash. Digs in the 1960s and ’70s unearthed remarkably well preserved depictions of abstract shapes, scenes from everyday life, and various fauna including cerulean monkeys gathering crocuses and saffron in veneration for their beloved priestesses. Covering the walls of nearly every building, these works were enjoyed across all classes of society, not just the wealthy elite.

Working through the material practice, histories, and restoration of these and other frescoes, DAMMA Paintings V1: Dependent Origination, offers a suite of new paintings alongside other recent works made from Venetian plaster and pigment. According to the artist, who has worked extensively with the medium, it “has many of the same properties as what is used to make fresco. It comes to life when it is pushed, layered and polished. Heat and pressure turn it into something like stone again. It is not applied, it is layered and built….” Made from ground marble dust and lime, it gives an illusion of depth and texture when applied as an architectural finish.

While Stuart’s work purposefully tests the viewer’s capacity to decipher, certain images begin to surface with time and attention. In addition to the Akrotiri remnants described above, the paintings loosely reference iconography from the outside ring of the Tibetan Buddhist Dharma Wheel. Called the cycle of Dependent Origination, this zone describes the causality of being: if this is, that is; if this ceases to be, that also ceases to be. And so, correspondingly, the plaster comes from limestone and returns to limestone—to become again what it was before.