THE SPIRITUAL EXPERIENCE OF SHOOTING MUSICIANS: AN INTERVIEW WITH RAY TARANTINO 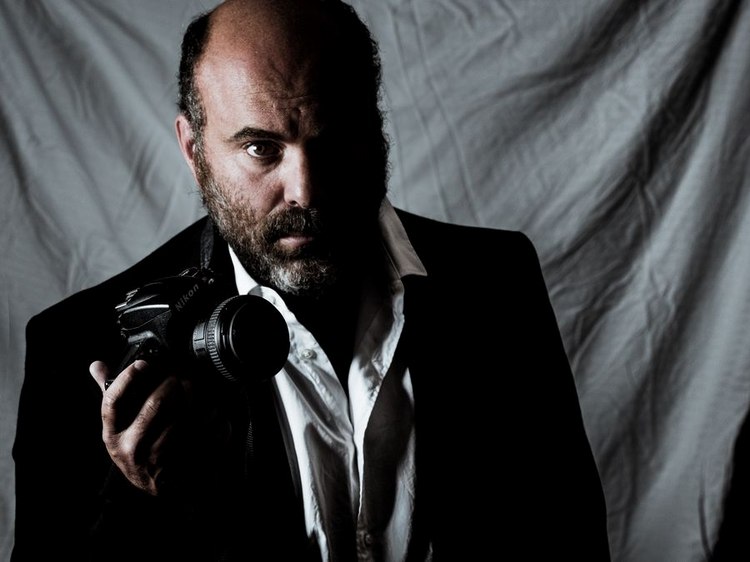 1. Ray, you initial made a career as a musician, what made you get started and so focused on photography ?

I used to be into photography way before being a touring songwriter, so switching back to a camera was more like the end of a beautiful detour. I was in the US and had a break in my touring schedule, so I decided to buy a DSLR and start shooting again. From the first shot it really felt like the new direction I had to take, and the creative process felt immediately like something more in line with the person I am. When you write songs it takes weeks and sometimes months to get the work out and in front of an audience - and I rarely have that kind of patience - but when it comes to images, all you need is the immediacy of an idea and a little developing time. I fell in love with this kind of momentum all over again, so within a couple of weeks I decided to sell my music gear and invest all of my energy into a new thing. The element I’m enjoying the most is the shift from the pressure of being an artist to the satisfaction of being an artisan.

"From the first shot it really felt like the new direction I had to take, and the creative process felt immediately like something more in line with the person I am."

2. To what extent has being in the music industry contributed to your success as a photographer ?

Before being a touring songwriter I had also worked for Warner Brothers doing a little marketing and promotion, so the whole Music Industry experience has been broader than just being a performer, and this gives the opportunity to have a clear vision of what I’m supposed to be delivering as a photographer – that’s when I’m working with musicians obviously. When working with other subjects, I guess life experience in general plays a massive role that translates into ideas and direction. As a musician I used to spend most of my energy trying to stand out and get noticed, now I can use that same energy on my subjects and – in a way – enjoy the show from behind the camera.

3. What was your most memorable experience shooting an artist you admire ?

" Shooting a portrait requires a wonderful degree of intimacy, and no matter whom my subject is I always fall in love with what find in them, plus it’s something always different and totally unique. "

It’s all about trying to read someone and finding a spiritual angle they feel comfortable with. To shoot a portrait you have to knock on the door and shoot when they open. There is nothing purely visual about it; it’s more of a spiritual experience. If I had to pick a specific session then shooting Tour Photography for Ludovico Einaudi is right up there at the top, because being in such close proximity for an extended period of time and getting to work with the human rhythm of a larger team is fascinating, so is bouncing between a carpe diem moment and a posed & set up shot. On the opposite side of the spectrum, I was only given a handful of minutes to shoot Michael Nyman and I had to focus on the present moment like never before, trying to get the most out of every instant. I had time to set the stage up and get all the lights in place, but having six shots approved out of a dozen exposures felt incredibly rewarding. When it’s all set and done and your subject says “ok, here I am” then you have to get as close as possible without getting in the way, trying to get creative while balancing a tower of trust. Mostly this is really a fun job, and there’s always something extraordinary in every session, and that’d be the human element.

4. When it comes to your portraits, how much of the location, props, and general scene is your idea, and how much of it is spontaneous ?

Most of the time I like having a general game plan in mind before I begin. I tend to work on a main idea - which incorporates location, light and composition – and a plan B in case we miss the main concept altogether or it doesn’t translate into what I had in mind. What I love is that for some (mystic) reason the magic is almost always in between the two plans, somewhere in the middle. Unlike portraiture, commercial photography is about a marketing concept and it’s easier to create a visual parameter because that’s the main focus of the session, but portraits are based on a subject-to-camera connection and sometimes too much prepping kills the vibe. This is also why, when I happen to have some ideas, I just arrange things to make it flow rather than explain, analyse and over-prep, so that it feels natural and organic for everyone who is involved. The spontaneous element is what makes a portrait great – and it can be anything! In that case, all I have to do is make sure the technical conditions are right and my camera is ready to fire, because visually awesome spontaneity tends to only happens once in a session.

" Unlike portraiture, commercial photography is about a marketing concept and it’s easier to create a visual parameter because that’s the main focus of the session, but portraits are based on a subject-to-camera connection and sometimes too much prepping kills the vibe. "

5. What are some key pieces of advice you would give to any photographer, looking to photograph a musician ?

I would say focus on respecting the shy human being that’s well hidden within the extrovert performer. Making both elements co-exist creates a mystic patina and the air around the subject changes; everything becomes truly beautiful, vulnerable and packed with soul. The other key element would have to be listening to the subject’s necessity, concentrating on the message and vibe the he or she is looking to send out.

6. How do you stay current and how do you develop your own style ?

I concentrate on doing less, by taking pieces out of my thought process. Once the space is empty, it’s easier to have a clear idea and rebuild based on what’s happening today or within. I never fall in love or automate a specific creative and developing process, rather I try to look for a new path every time.

To me they are crucial, because my personal projects always start with a vague idea of a landing point and then I protect the ability to divert if necessary. I love freewheeling and that’s what it’s all about, because sometimes the most interesting moments come out of “let’s see how stupid this looks”.

" Working on personal stuff gives you the chance to be wrong, and that’s the easiest way to come up with something good."

8. Out of London, Milan or Nashville, which place has the most vibrant music and creative community and which one inspires you the most? Why ?

Nashville is by far my favorite place when it comes to music community, it’s absolutely engulfing and exciting. As far as creative I’d have to say London’s urge to improve attitude is pretty awesome. Milan is a different thing, it’s a little slow at times but since the World Expo event there is a nice little European vibe coming up and it’s worth sticking around. Just to see what’s going to happen next.