MASTER IN THE ART OF SIMPLICITY & ONE OF BERLIN’S MOST SOUGHT-AFTER TATTOO ARTISTS: INTERVIEW WITH MO GANJI 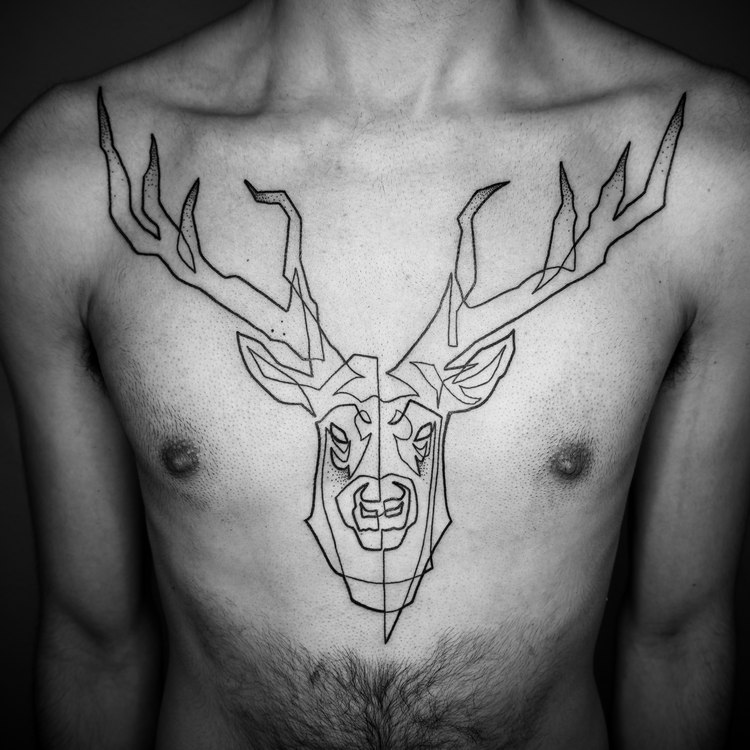 That is one question that I keep asking myself a lot these days. My name is Mo and just like everyone else, I have a story. But the more I think about it, the more I believe I am neither my name nor my story. I can share with you some of my characteristics; I can be very selfish and ignorant as a person but I am very thoughtful at the same time. One of my biggest strengths is my imagination; I can visualise things very well. My mind works in pictures.

I love to create stuff! It does not matter if it is a tattoo, an oil painting, or anything else you can build or make with your hands.

I guess names, stories, nationalities, dress sense, what you do and what you eat is the common way to describe yourself to other people in today’s society. Even though it might be a part of our identity, it is just the surface.

" I think the key to success in life is self-identity. That’s were 99% of us fail because we tend to describe the surface and believe that is who we are."

Who is Mo Gangi? I don’t know to be honest but I am only 33 years old and I try my best to find out.

2. Has being born in Iran but living in an artistically vibrant city like Berlin had a considerable impact on your way of thinking as an artist ?

Berlin doesn’t have an impact on my way of thinking but it sure has had an impact on my career as an artist. I do not think I would have been successful with what I do living in Teheran.

" Berlin is an ideal platform for people with a creative background and what makes this city so unique is that it offers something no other major city can, time!"

Name one other major city where an average person can afford to live in the city center? Where rent and accommodation is so cheap, you do not have to feel bad about going grocery shopping. You can easily live on a part time job here and have a good time. In the meantime, you are surrounded by an extraordinary amount of creative energy, which is constantly oozing in Berlin. You do not have to hustle to survive like in NYC, Paris or London. Berlin gives you all the time in the world to pursue whatever you want.

On the other hand, it eats you up alive if you do not stay focused. I see plenty of people come here with plans and dreams and then they end up loosing themselves in the rock star lifestyle. Not that celebrating life is a bad thing, but there comes that bitter moment when you wake up one morning and realize that all this time went by and you are still stuck at the same point where you were when you got here.

A quote of Tony Robinson nails it:

3. What were you doing before you became a sought after tattoo artist ?

I worked as a manager in the Retail Fashion Industry. It was a good experience in terms of learning how to run an efficient international business; I certainly do not regret it. However, I must say, I would never go back! I don’t see myself working for someone ever again. I would rather starve to death. You end up working 50 hours a week for someone else’s dream. If you realize your full potential, you can get anywhere you want if you have a strategy for getting from A to B.

When I decided to start the tattoo thing, there was only a hand full of people who truly believed in me. The majority of people will give you a million reasons as to why it won’t work because they are scared to leave their comfort zone.

Fear is what keeps the sheep from leaving the flock and it is the glue that keeps this society together.

4. Did the minimalist continuous line design emerge from the very first time you used the machine or did your signature style gradually develop ?

The single line is a result of countless nights of drawing. It was more of a desperate attempt to get things done rather than something I had in mind.

I would doodle till around 2 am in the morning because I had an appointment the next day. The customer wanted a tree headed dear. I presented my final design the next day but he was more interested in the single line doodle in my folder. He told me he preferred the doodle to the finished design. He came back with some friends who wanted a single line as well. This was all back in October 2014 and a lot has happened since then and what started as a doodle, became my way of interpreting things.

I worked day and night developing a signature style that would stand out in the creative jungle, something that would give me a fixed reference as an artist or a person.

" I believe in the power of reduction. It is something that I appreciate in life as well. The less you need, the more you appreciate the things you have. This is what you see in my images. "

5. Do your clients commission their designs in advance or can you work on a spontaneous basis ?

Everything happens in advance! 80% of my clients are not from Germany. They come from all over the world and I want to make sure they do not come all the way here to be disappointed. I do spontaneous stuff on friends and people who do not care about the tattoo, who just come to get anything. This kind of freedom is the biggest appreciation an artist can get.

6. Out of all of the tattoos you have ever done, which is your favorite and which one was the most challenging ?

I do not have a favorite tattoo to be honest. I have favorite memories of sessions. I get to know so many interesting people. Everyday there is a new story.

" One story that I will never forget is the day I met Jack from Scotland. He wanted a deer-design to cover his chest. When I asked him why he said that he never actually wanted a tattoo but his dad died and the day they called the house to tell his mother, there was a deer right in front of the house. The part of this story that gave me goose bumps was that a deer appeared at his father’s funeral a few days later. "

Jack was only 19 and I usually do not tattoo people under 21, but I made this exception for him given the reason.

7. Have you tattooed yourself? If yes, what is it and what significance does your design bear to you? If not but you could, what would you tattoo and why ?

No, I haven’t tattooed myself and I do not have any tattoos at all. I can’t give you any particular reason for it. It never happened and somehow I never tried hard enough to get one. Maybe in the future, who knows?

" If I would tattoo myself than I would tattoo 3 dots, which you will find in every one of my designs. They are my signature and symbolize body, mind and soul but I could also image my mother, brother and father tattooing me. One dot each. "

That way I have something very personal that will remind me of them for the rest of my life.

8. If you could pick anyone in the world to tattoo, who would it be and what design would you create for them ?

I would love to tattoo the Dalai Lama. Just a straight line and 3 dots.