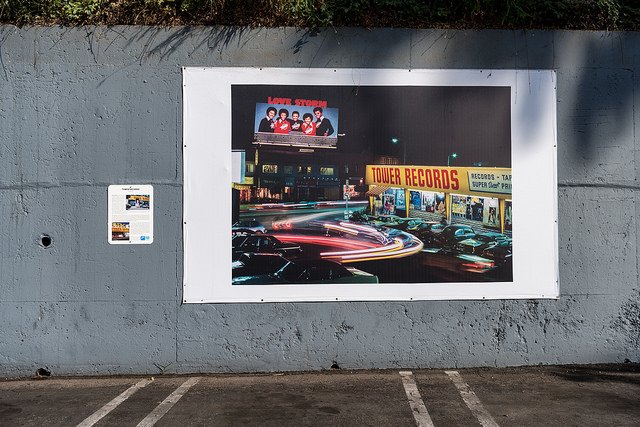 The Sunset Strip, circa 1967. Stephen Stills of Buffalo Springfield called it right: “There’s something happening here…what it is ain’t exactly clear.” What was happening then is now absolutely clear. Rock and Roll and the kids who lived it were coming of age—right there on the Strip. And, as if to define the era, a few independent minds in the music industry posted giant, temporary monuments that said it all. Billboards. Bigger than life. Hand-painted homages to Rock. The Doors led the way. It seemed that billboards would chronicle rock forever.

Sadly, the Rock and Roll billboard era was short lived. It began with The Doors’ revolutionary campaign in 1967 and lasted just barely into the early 1980s. That’s when the emergence of MTV and the slickly produced music videos it spawned spelled the end for hand-painted billboards as monuments to success in the record business. Still in that brief time span the Sunset Strip exploded with thousands of unique billboards displaying the artistry and energy of an entire youthful generation bent on redefining the world.

In so doing, the Sunset Strip was temporarily transformed into the world’s largest drive-thru art gallery. Billboards depicting the latest work of top recording artists ranging from The Beatles and Bowie to The Who and Led Zeppelin dominated the Strip as elite record companies vied for space on its handful of key posting locations. At the same time the world’s best graphic artists, even the occasional fine artist, vied for the jobs of designing the album cover art from which most billboards were adapted. The final strokes were applied by a small group of highly trained commercial painters employed by outdoor advertising companies who brought these massive 14-by 48-foot monumental visions to life. 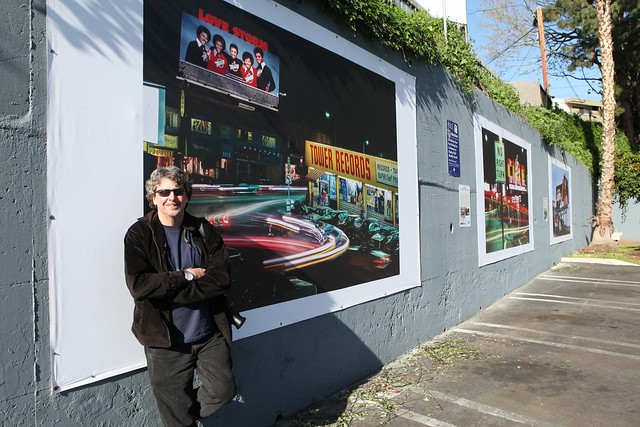 Robert Landau was right there, a kid with his first camera, living a block from the Strip. Early on he noticed that the billboards had a short life span and they would routinely be whitewashed and repainted with newer images. So he began shooting color transparencies in order to have slide shows for friends who wouldn’t otherwise get to see them. Decades later, he rediscovered his Kodachromes, the only extensive collection of photographs that document those iconic billboards. Impassioned, he interviewed the artists, record producers, and designers who shaped those placards, bringing fresh insight to the culture of the day and its lasting impact on the world.

This exhibit is located at 8775 Sunset Blvd., and features 10 images of Robert Landau's blown up to 9x13 feet in size accompanied by facts about the billboards and tidbits of information. This exhibit is presented by the City of West Hollywood through WeHo Arts as part of ‘There’s Something Happening Here’ the City’s 50th anniversary celebration of the counterculture era on the Sunset Strip. www.bit.ly/SunsetStrip66 www.weho.org/arts 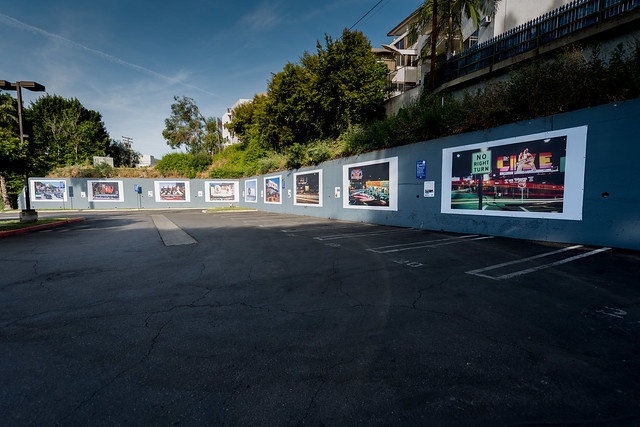 Rock 'n' Roll Billboards of the Sunset Strip is located at 8775 Sunset Blvd. The exhibit will remain on display until January 2018.

Other events from City of West Hollywood's WeHo Arts