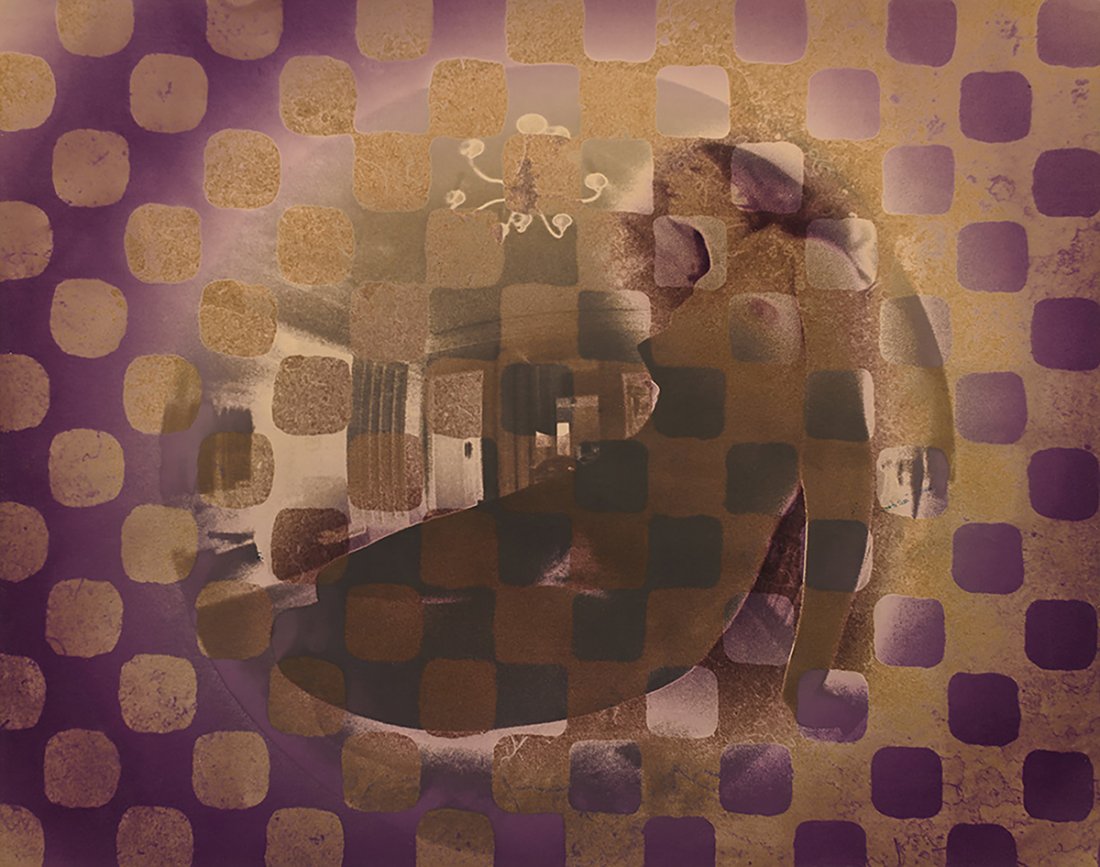 Taka Ishii Gallery New York is pleased to present a solo exhibition of works by New York-based artist Kunié Sugiura from September 7 to October 14. For over 50 years, since the 1960s, Sugiura has produced a diverse body of photographic work including color photographs; the “photo-painting” series, which juxtaposes photo-printed and acrylic-painted canvases; and photo collages comprising fragments of photographic prints. This exhibition, her first with Taka Ishii Gallery New York, will feature 15 pieces from the early color photo series “Cko”, which was produced in Chicago between 1966 and 1967.

Created early in Sugiura’s career, before she moved to New York, the “Cko” series was a product of her search for an experimental photographic expression as well as the empathy she felt for the insufficient communication described by writers such as Franz Kafka, Albert Camus, and Simone de Beauvoir, whom she had been reading while feeling isolated as a foreigner in Chicago. The fisheye lens visually captures the figure confronting solitude as a distorted nude in a manner only possible through photography. By combining color and black-and-white negatives in the printing process, Sugiura expresses the dilemma and gap between the gaze directed at the subject and communications between the artist and others, the environment, and the self, that exists behind the subject. The works, which are conspicuously colored with a painterly palette, do not simply represent a tragic perspective, but also embody a desire to free the self from solitude and expand outside the self.

“Cko L5” (1967), featured in this exhibition, was made by overlaying a black-and-white negative of a checkered pattern on a color negative of a human figure. Coupled with the solarization effect achieved during the developing process, it visualizes the artist’s multifaceted vision. “Cko L17” (1967), which combines the intentional and accidental results of darkroom experimentation, was produced by brush-drawing bleach on the negative to create strong contrasts.

Kunié Sugiura received her BFA from the School of the Art Institute of Chicago (SAIC) in 1967. At SAIC, she studied under the conceptual photographer Kenneth Josephson. After graduation, she had moved to New York, and has lived and worked in the city ever since. Sugiura’s major solo exhibitions include “Time Emit”, Visual Arts Center of New Jersey, (Summit, New Jersey, 2008) and “Dark Matters / Light Affairs”, Richard L. Nelson Gallery & Fine Arts Collection, University of California, (Davis, 2001). She has received the 23rd Higashikawa Prize (2007) and the Artist’s Fellowship, New York Foundation for the Arts (1998). Her works are included in the permanent collections of Tate Modern; Denver Art Museum; Museum of Fine Arts, Boston; Museum of Modern Art, New York; and Tokyo Photographic Art Museum.