"In The Raw: The Female Gaze on The Nude" Special Performance: The (Re)Birth of Venus 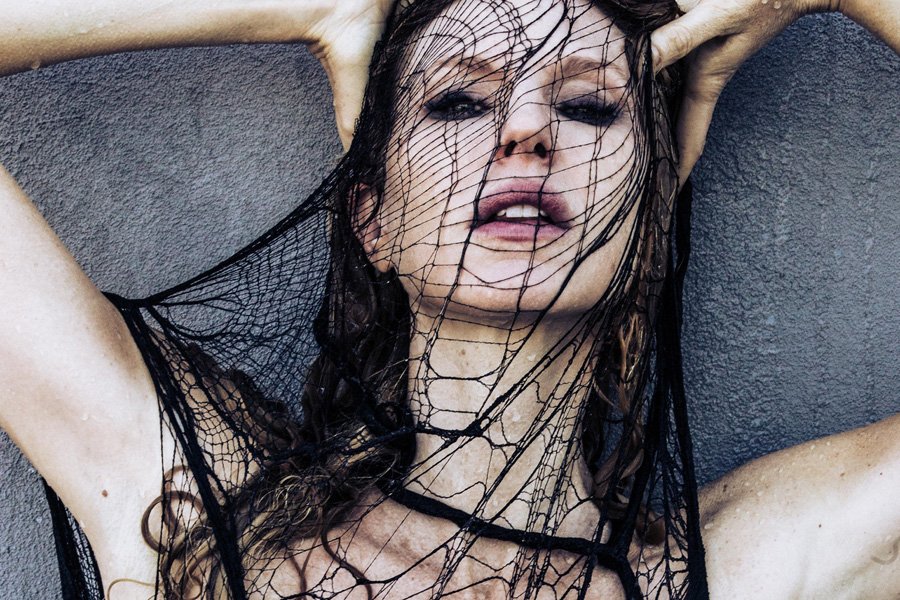 The Untitled Space is pleased to announce extended exhibition dates of critically acclaimed exhibit, “In The Raw: The Female Gaze on the Nude,” as well as a special performance by renowned dancer Katherine Crockett on June 1st. Curated by Indira Cesarine and Coco Dolle, the exhibit featuring 20 female artists and their intimate vision on the nude will now be on view through June 4th, and includes works of photography, painting, sculpture, mixed media and video. Throughout history the nude has been the muse of countless artists, yet for the most part, until recently, that perspective has been predominately male. The past several decades have ushered in a new era of powerful female visual storytellers, who focus on their own personal experiences as women, and embrace a vision of the nude that is brave and honest. Each artist brings her own voice to the forefront, whether channeled through an autobiographical point of view, whimsical, raw or erotic lens, it remains fearlessly uncensored.

Dancer, actor and performance artist Katherine Crockett will be performing an original piece, "The (Re)Birth of Venus" at the gallery in an exclusive reception with artists and curators of the exhibit also present. Katherine recently starred as the Queen in the Off-Boadway hit "Queen of the Night" for which she created and choreographed her role. She is a former Principal Dancer with The Martha Graham Dance Company. Crockett has performed with Mikhail Baryshnikov as a guest soloist with his White Oak Dance Company and she has also been a featured performer in works by Robert Wilson, Martha Clarke, Yvonne Rainer, Susan Stroman, Lucinda Childs, Richard Move as well as on the runways of Alexander McQueen and John Galliano.

"In The Raw: The Female Gaze on the Nude" creates a cultural discourse of women on women, a female intervention, so to speak, on patriarchal culture. The “male gaze” which we have grown up with via art, television, media, and advertising is so ingrained in our system that most are unaware it exists. The sexual politics of "the gaze" throughout history have positioned women as an "object of desire" framed by masculine scopophilia. "In The Raw: The Female Gaze on the Nude" aims to explore a perspective less chartered, that of a woman's eye on another, be it beautiful or shocking, gross or glorious. Honest moments are revealed and celebrated, while genuine and objective frames of reference expose works that are at once empowered and sensitive. The stories these women tell share rites of passage, passion and sisterhood. It is no secret that the female nude has been admired and addressed throughout history by male artists, yet rarely have we seen it celebrated by so many female artists, who challenge the status quo with a liberating and authentic beauty.

"This exhibit presents the work of 20 very different female artists, each with their own visual aesthetic. It is extremely powerful to see a collection of multi-generational work by women on the subject of The Female Gaze. The nudes in the exhibit touch on what many would consider taboo subjects of female rites of passage, sexuality, fear and fantasy. One might ask - are nudes of women by women really any different than those by men? When viewing the work of these artists it is clear that not only do women have a very different voice and treatment of the nude, but also are breaking boundaries with work that often reveals details only a women can understand intimately. The exhibit embraces an intimacy between women, between artist and subject that is fearless and empowering. We are excited to be extending the exhibit with additional dates and adding the special performance by Katherine Crockett."

ABOUT THE UNTITLED SPACE:

Founded in 2014, The Untitled Space is an art gallery located in Tribeca, New York in a landmark building on Lispenard Street. The gallery features an ongoing curation of exhibits of emerging and established contemporary artists exploring conceptual framework and boundary pushing ideology through mediums of painting, sculpture, printmaking, photography, video and performance art. The gallery is committing to exploring new ideas vis-à-vis traditional and new mediums and highlights a program of "Women in Art", as well as special events aligned with our creative vision.