After It Happened at the Ford Theatres 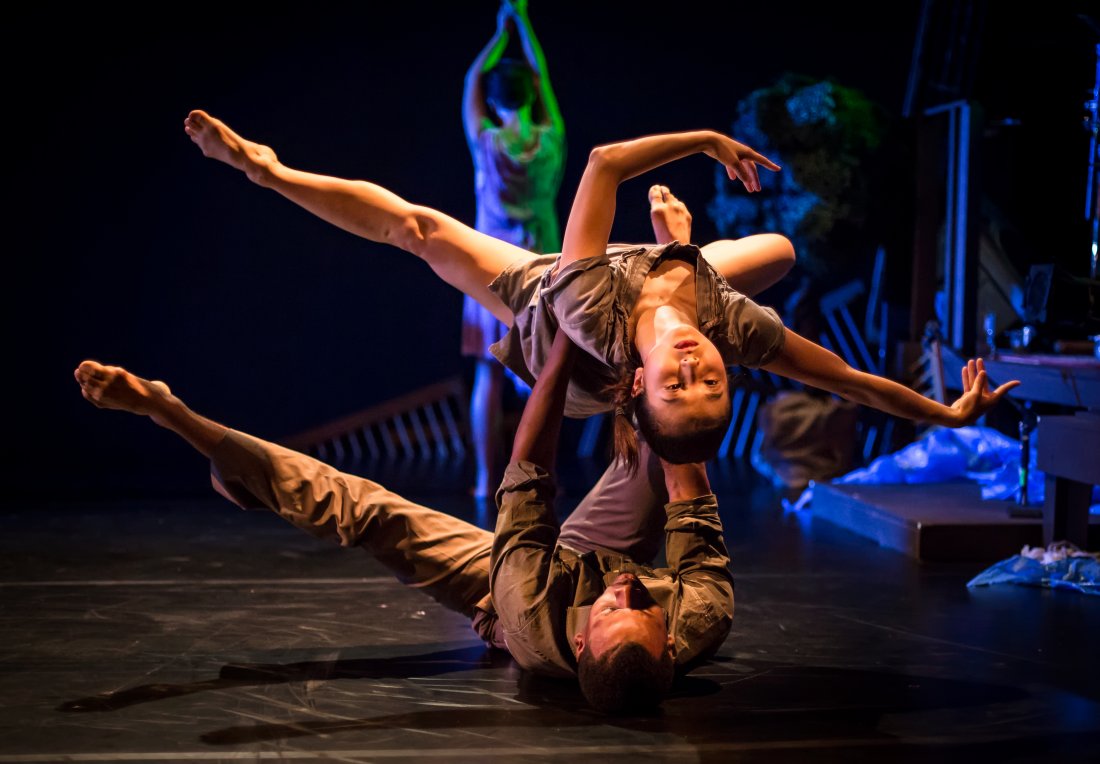 Invertigo Dance Theatre performs After It Happened, a breath-taking work of magical realism set in the aftermath of a natural disaster as a community rebuilds itself on Friday, September 30th at 8:30 pm at the Ford Theatres (2580 Cahuenga Blvd. East, Hollywood, CA 90068). Ticket prices start at $15; General Admission. FordTheatres.org or 323 461-3673 (for non-visual media 323-GO-1-FORD).

Named a “#1 Dance Show of 2014” by LA Weekly and “Top 10 Theatre 2014” by Bitter Lemons, After It Happened exhibits Invertigo’s virtuosic dancing delivered with the company’s signature and stunning athletic physicality, complimented by live music, vivid elements of theatre, spoken dialogue, and puppetry.

The piece is a testament to the human capacity to create light, song, and re-growth when foundations and structure are swept away.  While the show journeys through some dark places, it is balanced out by the funny and wildly inappropriate moments we all encounter in times of transition.

"After it Happened is an intensely theatrical piece of transdisciplinary work ...that creates a post-disaster world that manages to be disturbing, beautiful, and very, very funny, all at once." - ArtsBeatLA

“After It Happened sweeps the audience up into the life of the story with its fierce energy and stunning choreography." - ExploreDance

“After It Happened is probably the most important dance work you will see this year. It is also surely one of the most adventurous, surprising and moving. Do not miss it." - Theatre Ghost

Other events from Invertigo Dance Theatre