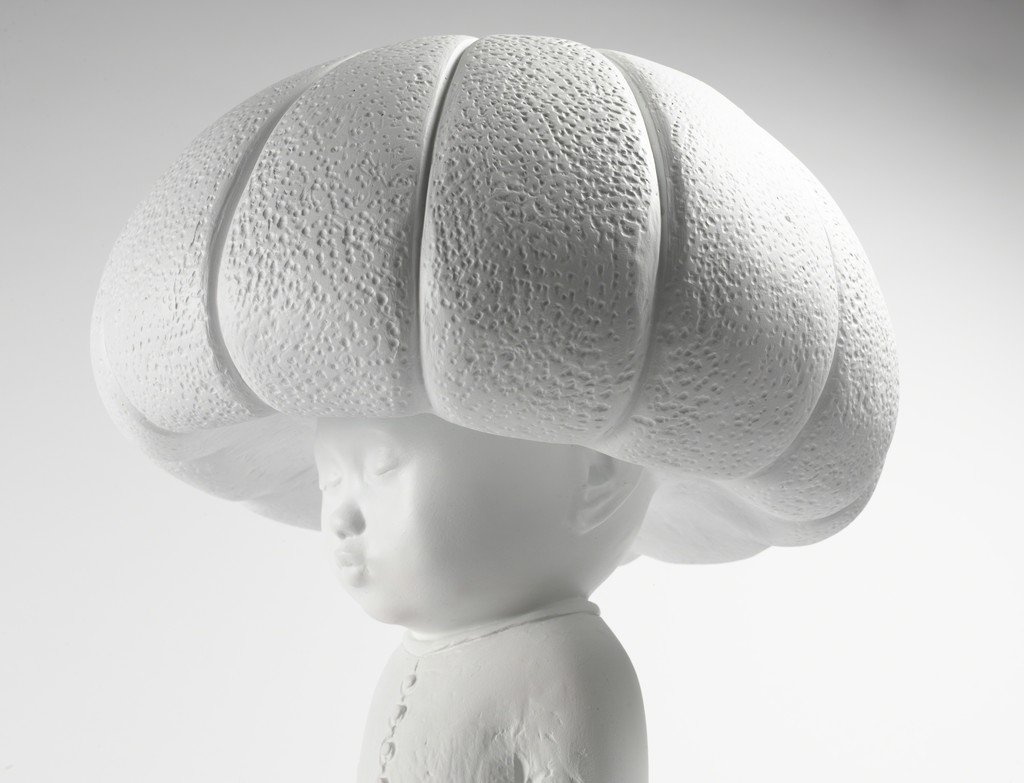 Onishi Gallery is pleased to present The Wonderverse of POLYKANTEN by NAOYA, a solo exhibition of fantastical artwork based on the mystery of space science and a reconceptualization of Japanese artistic tradition. This exhibition, featuring futuristic sculptural figures and multi-media interaction, fuses reality with imagination through aesthetic projections of otherworldly beings. Gleaming white characters from alternate realities face viewers with aplomb, provoking questions of otherness and inspiring visions of encounter.

In the tradition of famed Japanese arts, NAOYA’s artwork blurs the line between fiction and life history. Japanese author Haruki Murakami writes stories of supernatural fantasy that are filled with the familiar, mundane details of our everyday lives. His characters exist in multiple worlds, known and unknown, uniting impossibility with inevitability. Like Murakami, NAOYA’s sculptural characters emerge from magical narratives that lure viewers into worlds of mystery, tempting our universal desires to commune with the Other.

Today, NAOYA populates the imaginary world that he designs, which he calls POLYKANTEN, with fairy-like children, animals with human personalities, and animistic goddesses. The creatures are all related, he says, though each one has its own reason for being. A main character, PEPO, loves marshmallows, is an only child, shy, and can dance. PEPO travels freely through space-time, traverses the many different planes of the universes, and has a head visually represented by the Pepo-Kabocha, a type of squash. The symbolic meanings of the characters’ visual forms reveal themselves as one learns more about their personalities and roles in the multiverse narrative. PEPO is accompanied by TOKO-chan, who loves apple pie, picture books, and is slightly stubborn; KIKO-chan, who gets cold and lonely easily, and dreams of befriending a cat on Earth; P-chan, who loves candy, taking walks, is resolute and sisterly; and many more. These unique characters all hail from the world of POLYKANTEN, this parallel place where boundaries and dimensions are fuzzy, chaos and order seem synonymous, and creative innovation seems unbounded.

The monochromatic figures, painted entirely in white, stare at viewers with curious and blank expressions, begging for questions about the other worldly places they occupy. Believing in the possibility and potential of multiple universes, NAOYA creates these characters to visit with us here on Earth. And, in this special exhibition, we have a fleeting moment in which to meet them and dream ourselves into another world through honed artistic skill and sharpened imagination.

NAOYA
http://onishigallery.com/naoya
As a young boy in Japan, NAOYA began his artistic career by assisting his father, Nagae Rokuya, an important artist who specialized in figurative wooden sculpture. He has since cultivated his own unique style and artistic concepts, but uses representational figures rather than abstraction to represent his own philosophical world due to this early training. This imaginary world, called POLYKANTEN, is populated by fairy-like children, animals with human personalities, and animistic goddesses. According to NAOYA, the creatures are all related, although each has their own raison d’être. It is the interactions among these creatures that spawns other creatures, so the POLYKANTEN universe is constantly evolving and growing.
Learn more about NAOYA & POLYKANTEN - https://ppopland.com/#intro