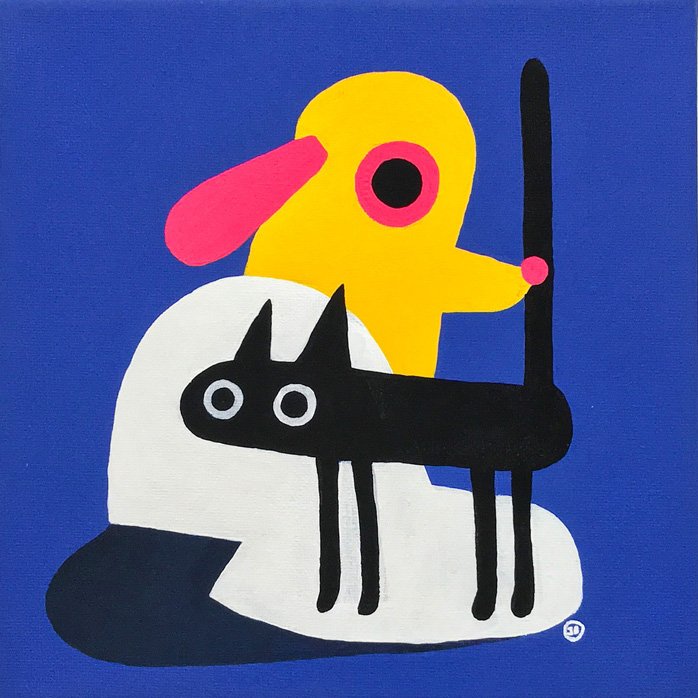 Vertical Gallery is proud to present John Bond “Wrong Time / Wrong Place”. In his first show in the United States, the British illustrator will feature 30 new original paintings that sees ‘man’s best friend’ planted within a surreal life/death universe that only exists inside John’s dog-obsessed mind.  The exhibition runs November 30 – December 29, with an opening reception with the artist on Friday, November 30th, 6-9pm.

John’s work is defined by its brevity and wit. His style is concise, his tone of voice irreverent and his concepts deceptively simple. He utilizes a cast of charming characters to explore endless ideas about our day-to-day existence, no matter how mundane or abstract. With a background in animation and digital media, John spent 7 years at award winning agency Kanoti, illustrating and art directing a multitude of projects for games, apps, broadcast and interactive content.

Since 2014, John has worked independently as an illustrator producing work for editorial, merchandise, campaigns and exhibitions. Most recently his debut picture book, ‘Mini Rabbit Not Lost’ has been published by HarperCollins, the first of three books written and illustrated by John.