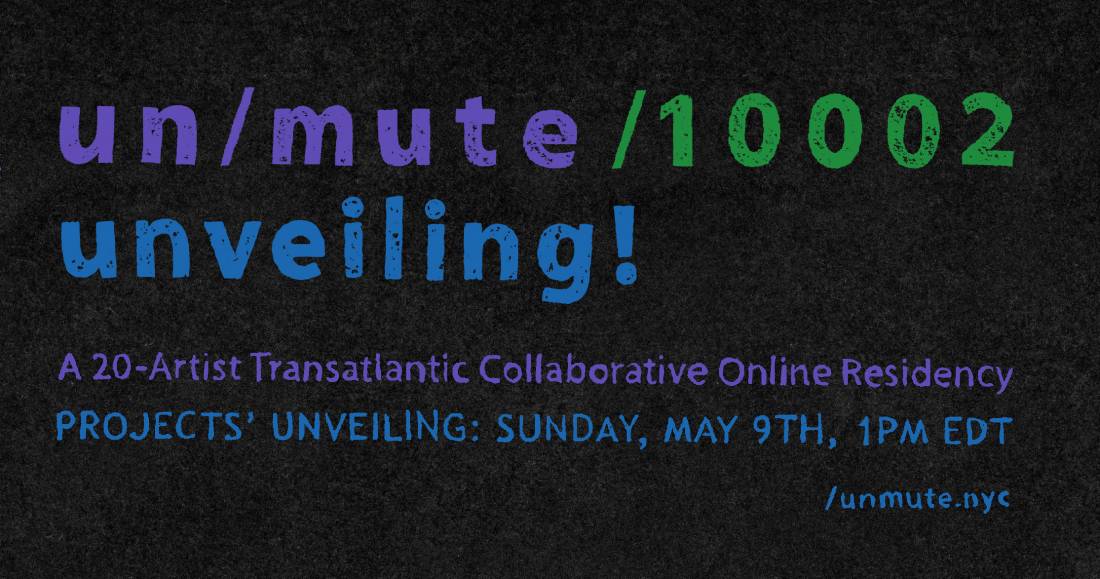 The concluding event, the Unveiling, of UN/MUTE /10002, a 3-month collaborative project that enabled ten European artists who had never been to NYC to engage in an online residency and collaborate with ten New York City artists. The project was launched in February with the goal of filling the void created by the pandemic a general lack of international cultural exchange. UN/MUTE received financial support from EUNIC in Brussels and was also endorsed by the European Union Delegation to the United Nations.

At the outset, the twelve-week program randomly paired twenty artists — ten from New York City and ten from participating EU countries and regions — into teams of two. In a series of weekly recorded Zoom sessions, participants from a wide range of disciplines worked in teams of two to created new works that can be followed at unmute.nyc