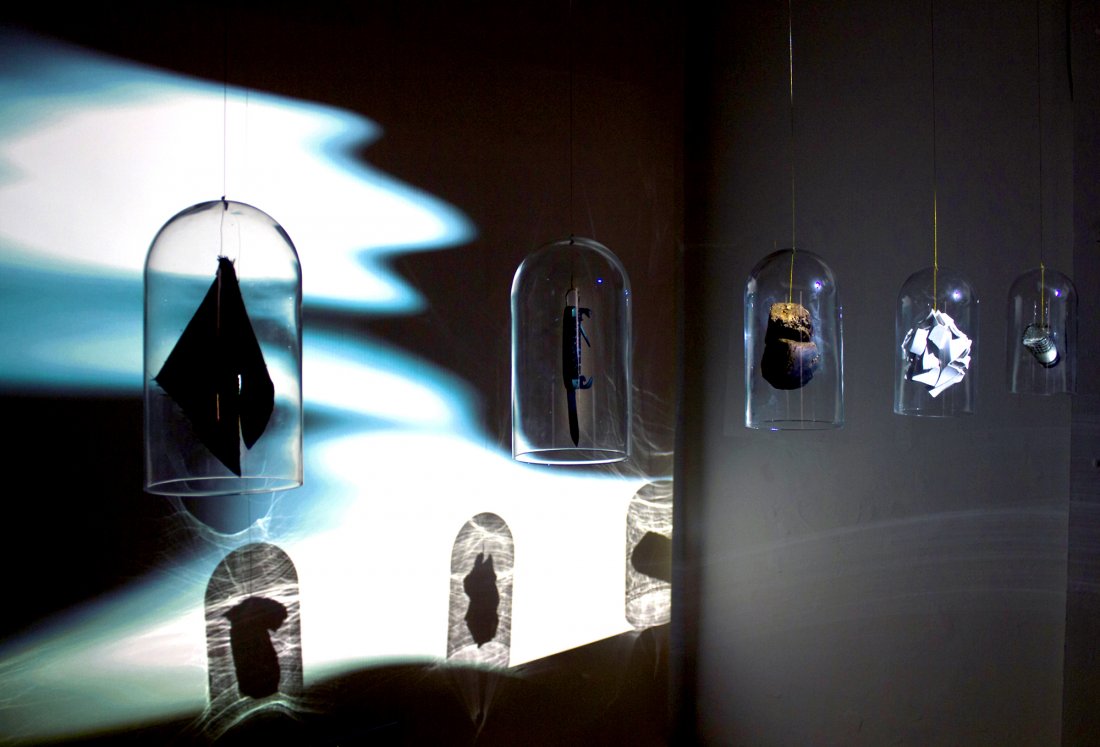 Superstitions have been a part of human nature since the dawn of civilization. Inspiring reactions that are both cultural and learned, most superstitions are usually so far removed from the original context, the association between object and behavior can seem arbitrary. For example, ancient Egyptians regarded walking under a ladder a desecration of the gods, as a leaning ladder against a wall forms a triangle ó the symbol of divine trinity. Centuries later, the tradition was appropriated by Christians who regarded walking under a ladder a sign of death. It was said that a ladder leaned against the crucifix of Jesus Christ and to cross that threshold was an act of betrayal.

While Knock on Wood is relevant to most Americans, persons from the former Soviet Union will find a particular resonance with many of the works. Katya Usvitsky and Lena Wolek carry over many of the traditions from their Soviet upbringing, while Ilona Berger and Elizabeth Preger infuse their sensibilities as second-generation Russian-Americans, responding to the stories from the old country. Others touch on superstitions that remain more personal, like Sydney Croskeryís artifacts collected in a computer database that serve as personal hieroglyphs, or Rachel Kasterís behemoth charm that references moments germane only to the artist.

Superstitious objects can give the disciple an extra boost of confidence or exacerbate their worst obsessive tendencies. Because the rituals produced can quell our worst fears without confronting them directly, folk pedagogy has persisted alongside the rise of secularism. By redirecting blame upon fate, superstitions provide some semblance of control in a chaotic world.

Other events from Noysky Projects