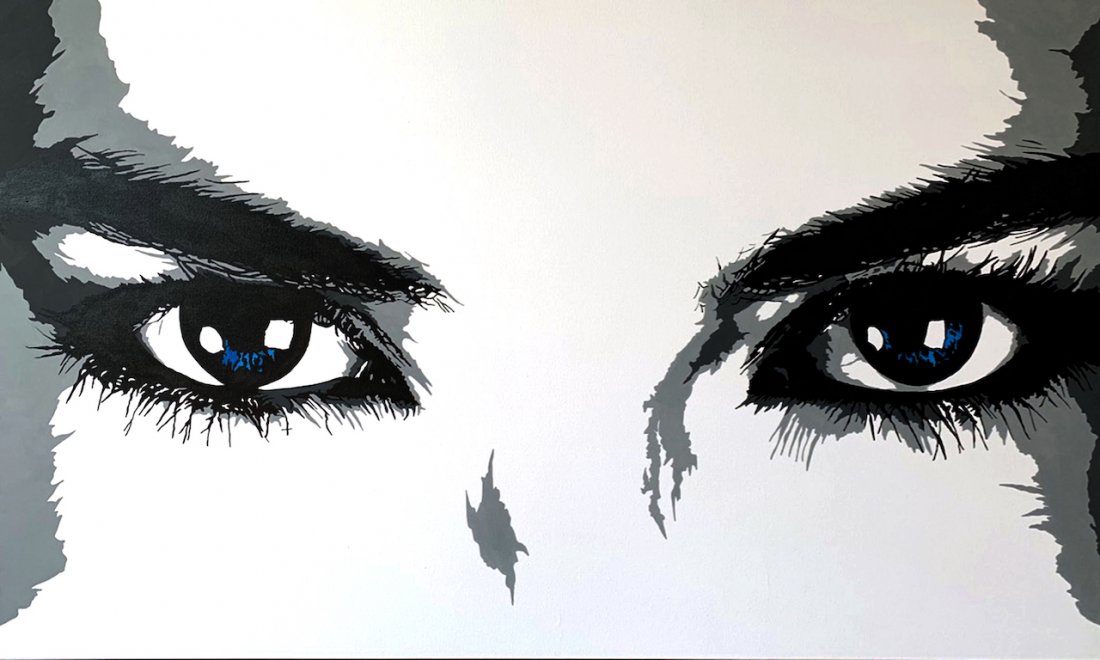 Billy Morrison is proud to premiere his new body of work, HUMANITY, at a two-night-only pop up exhibition in West Hollywood, on view during the second weekend of November. A reflection on the current state of the world, and a hopeful look at the upcoming decade, HUMANITY is Morrison’s most personal body of work to date. Comprised of 21 paintings on canvas, the work in HUMANITY is a look at Billy’s life over the past year, with meditations on self-care and health, religion, what rock-n-roll means, and protest against the growing threats of racism and right wing fascism.

“This is an overarching look at humanity right now, as I see it,” explains Morrison. “All definitely inspired by what’s been happening in my life since the start of 2019, but in many ways it’s about this entire decade, which is coming to its conclusion in just a few months. In spite of everything happening in the world, I feel like things are becoming more positive, and this work is a reflection of that.”

The painting, “1 + 1 = 1,” depicts two hands intimately intertwined, one black and one white. Other paintings depict traditional symbols of war, such as a grenade or a military gas mask, in more fine detail than Morrison has ever displayed. Amongst these will hang a stunning still-life of flowers in bloom, inspired by the works of Warhol, whose pop art aesthetics remain relevant even to this day. A series of works focusing on body and wellness—one about a meditator on a quest for nirvana, and another with a ballerina about to take flight—showcase the subjects’ skeletons, both identical underneath the flesh.

“The past few years especially have been gruesome and ugly, dredging up a lot of muck that’s been festering forever,” says Morrison. “But there are lessons to be learned from seeing what’s been underneath the surface all this time.”

HUMANITY will be on view for two days only at 818 N La Cienega Blvd. West Hollywood, CA 90069.The exhibition will go on view for VIPs on Friday, November 8th, from 7pm to 10pm, and be open to the public on Saturday, November 9, from 5pm to 10pm.

Best known for playing guitar for Billy Idol, Billy Morrison has been a long time collector of contemporary art and in the past several years has begun to create his own pieces. His mixed media works allow him to express provocative and thought-inspiring statements that embrace concepts of duality and mixed metaphors that have been collected by the likes of Shepard Fairey, Sharon Osbourne, Craig Susser, and even the US capitol in Washington, DC. Morrison has had three successful art shows in Los Angeles with knockout attendance and has additionally collaborated with Lincoln Townley and RISK to the delight of the New York Post, the Daily Mail, Vanity Fair, The LA Weekly, and Forbes.

Other events from Hijinx Arts