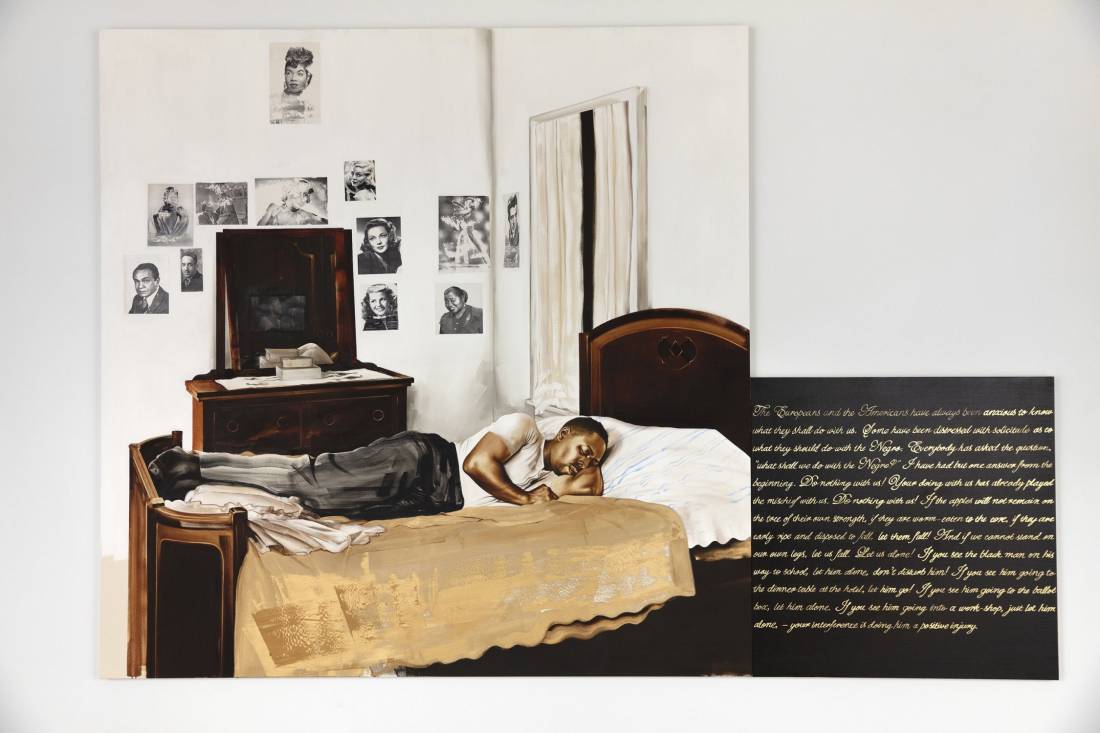 Scripto-visual, a neologism that comes from the combination of image and textual work, is a continuation of Meleko Mokgosi’s investigations regarding the links between these two elements in relation to the politics of representation. The artist will present a set of small and large works that are paired with different kinds of text; from poems to theoretical texts that deal with a variety of topics ranging from history to issues about the daily-lived experiences of particular sections of the population both in the United States and in southern Africa.

“Generally speaking, the project of aesthetics is concerned with questions around representation. My interest in representation has to do with power because it is undeniably clear that there is a direct correlation between power and the production and dissemination of representation. Moreover, power also exists at the location of trying to read any kind of representation; for one to read – one has to have access to forms of literacy that allows one to be able to make sense of and benefit from any given form of representation. Michel Foucault has said this better than I in proposing that any discourse creates ‘practices that systematically form the objects of which they speak’. Discourse, he argues, is a mechanism of organizing knowledge, which determines social relations and relations to power.” – Meleko Mokgosi

Related to the images, the texts chosen to pair with the images will also account for the politics of representation, and these texts will exclusively come from works written by African American or African authors, whose voices have and still to an extent remain in the margins. By centering these texts and authors, Mokgosi hopes to provide important frames of references of understanding the world, which could be used to supplement the dominant and mostly Eurocentric forms of knowledge.