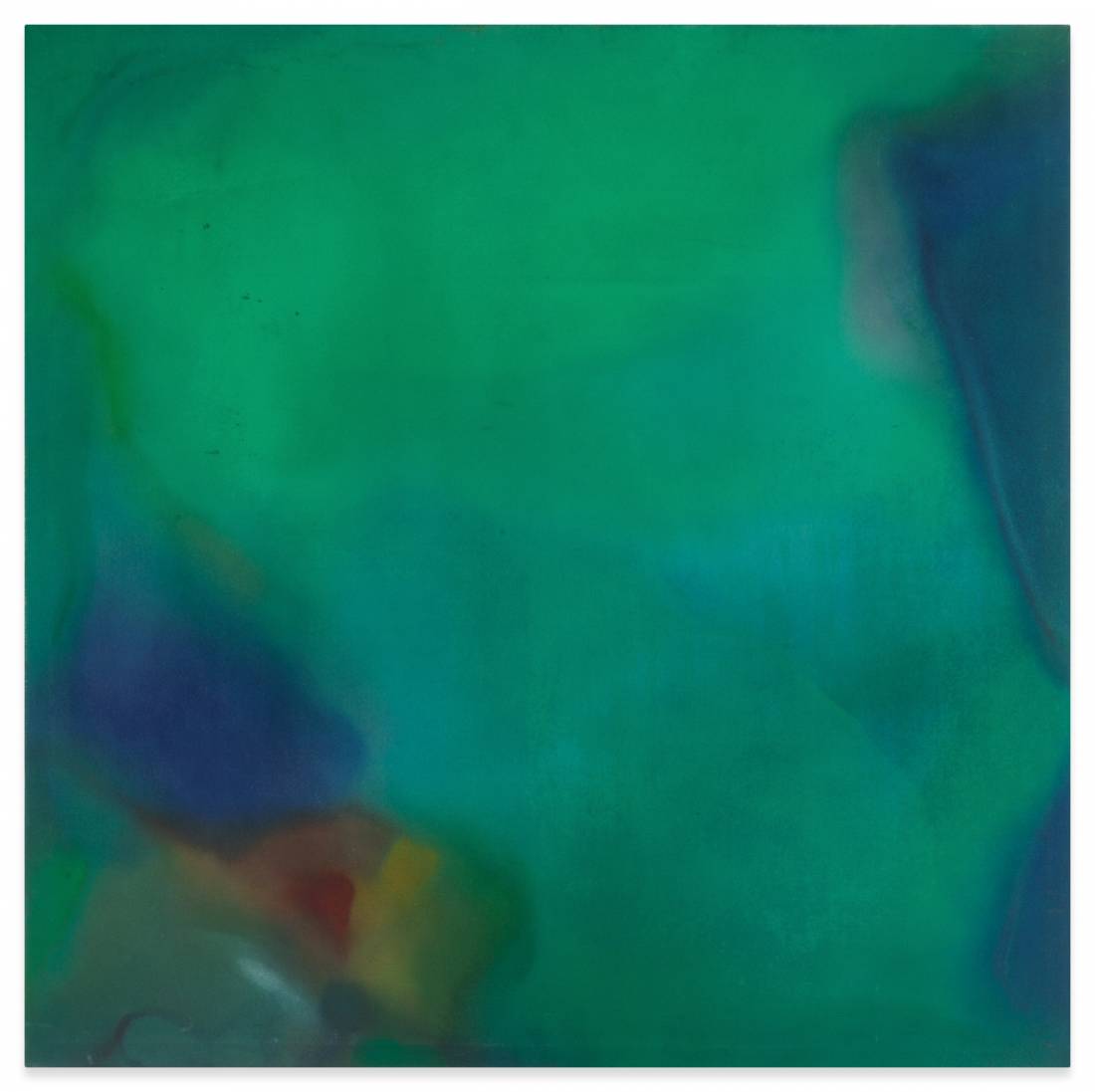 Brian Gross Fine Art is pleased to announce the opening of ‘Willem de Looper: Stain Paintings 1968-1969,’ on Thursday, May 26th, from 5:30 – 7:30pm, with a gallery talk by American University Museum Director and Curator Jack Rasmussen at 6:30pm.  A noted American Post-War painter from Washington D.C. who exhibited with artists of the Washington Color School movement, Willem de Looper (1932 - 2009) created nuanced, lyrical paintings through the repeated staining of thin layers of acrylic paint on unprimed canvas.  Richly hued in emerald greens and lapis blues, with passages of vermillion, indigo, and chrome yellow, de Looper’s colorful, transcendent paintings explore sublime beauty through sweeping passages of pigment.  The exhibition will be on view through July 30, 2022.

De Looper’s stain paintings from the late 60’s and early 70’s are related to work of the founding Color School painters Morris Louis and Kenneth Noland, and to second generation artists Sam Gilliam and Tom Downing, among others. Focused on color, composition, and space, and inspired by the improvisational nature of jazz, de Looper explored visual depth through complex, layered forms and sumptuous color. Using the “soak stain” technique of applying paint, de Looper combined serendipity of chance and manipulation of the canvas to create each work by spreading wet into wet.  Direct interventions into his surfaces involved brushes, sponges, and other tools for applying thinned down acrylics, while incidental accents and stress marks informed the works from sources such as his studio floor or other surfaces he worked against.

In works such as ‘Thoroughly Emerald’ (1968) and ‘Untitled’ (November 1969), the results are paintings replete with layers of veiled color that radiate light and capture arrested movement.  Combining saturated canvases and the spontaneity of jazz music with the principles of formal abstraction, de Looper’s stain paintings investigate the expressive possibilities of color.

Willem de Looper was born in The Hague, Netherlands, in 1932 and came to the United States in 1950, settling in Washington, D.C.  He studied art at American University, receiving a Bachelor of Fine Arts degree in 1957.  Beginning in 1959, de Looper worked as a security guard for The Phillips Art Gallery (now The Phillips Collection), where his exposure to the works of both old masters as well as 20th century American modernists in the collection had a profound influence on his development.  Beginning with his first solo exhibition in 1966 at the historic Jefferson Place Gallery in Washington, de Looper exhibited continuously in the United States and Europe, including over 30 solo exhibitions and numerous group presentations.

Alongside his career as an artist, Willem de Looper also worked as a curator at The Phillips Collection, beginning in 1972 as an Assistant and rising to the level of Chief Curator in 1982.  In 1987, De Looper resigned from his position as Chief Curator, but continued to work on exhibitions at The Phillips Collection as Consulting Curator in the years that followed.  Willem de Looper died in 2009 in Washington D.C.