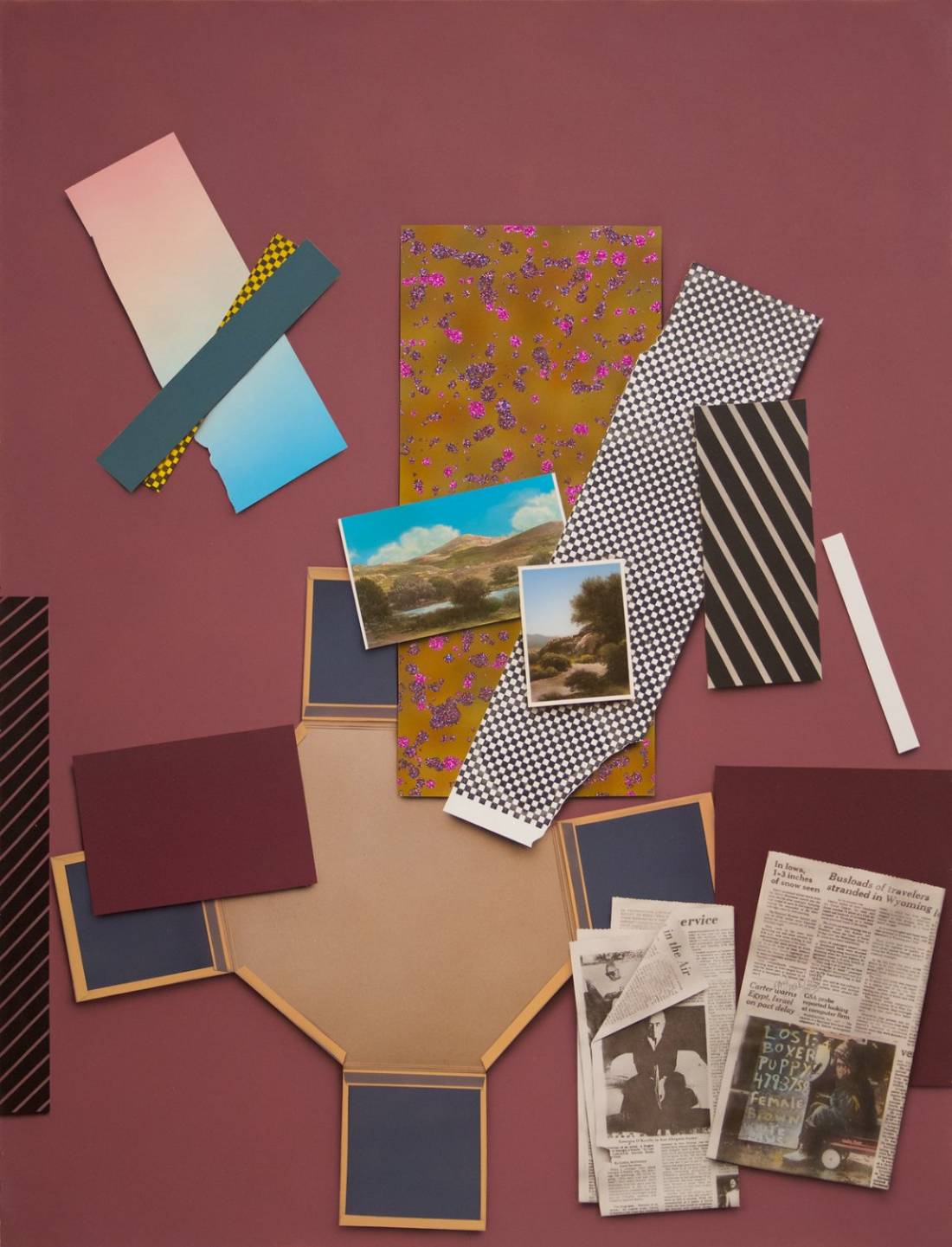 Brian Gross Fine Art is pleased to announce 'Photo Based: Works by Tony Berlant, Dana Hart-Stone, Robert Hudson, Keira Kotler, Meridel Rubenstein, and Paul Sarkisian,' opening Thursday, July 15th, 2021.  Featuring paintings, collages, drawings, sculpture, and photoworks by these gallery artists, the works in the exhibition are either derived from or inspired by photographic imagery, or they incorporate found photographic images.  The exhibition will be on view through August 28, 2021.

Using photo images as a departure point, the artists presented in 'Photo Based' each expand beyond the artistic possibilities offered by “straight” photography in unique ways.  Meridel Rubenstein’s 'Coke Bottle That Survived the First Atomic Blast' (1993) combines found photo imagery with symbolic objects to form a complex tableau full of layered meaning and symbolic power.  Tony Berlant’s 'Topanga After Dark' (2018) employs digitally manipulated photo imagery printed onto tin sheets whose surfaces have been collaged over and pierced through with thousands of nails, turning image into object.  In his large painting 'Operetta' (2021) Dana Hart-Stone has digitally collaged vintage, vernacular photographs from the American West into a “crazy quilt” like, organic composition that investigates our collective sense of history and memory of everyday life in the early 20th century.

A photorealist painting, 'Untitled #3' (1983), by Paul Sarkisian (1928-2019) embodies the artist’s quest for visual perfection in its painstakingly painted still life composition containing multiple photo images and objects, and Sarkisian’s surreal mixed media collages of the early 1960s show him constructing visual arrangements with found photo imagery for the first time in his career.  In 'Navy (grid),' (2021) Bay Area artist Keira Kotler captures impressions of natural light with her camera to create abstracted color photo images, which she then abstracts further by repeating and combining images to form large-scale, multi-part gridded works.  Robert Hudson’s newest works on paper reveal his use of the printed photo image as the base upon which he adds textures and patterns in various media, or as key elements in semi-abstracted collages.

Employing a variety of methodologies, the artists in 'Photo Based' expand upon the possibilities offered by the now ubiquitous mechanical photo image.  This exhibition is an exploration of unique approaches.