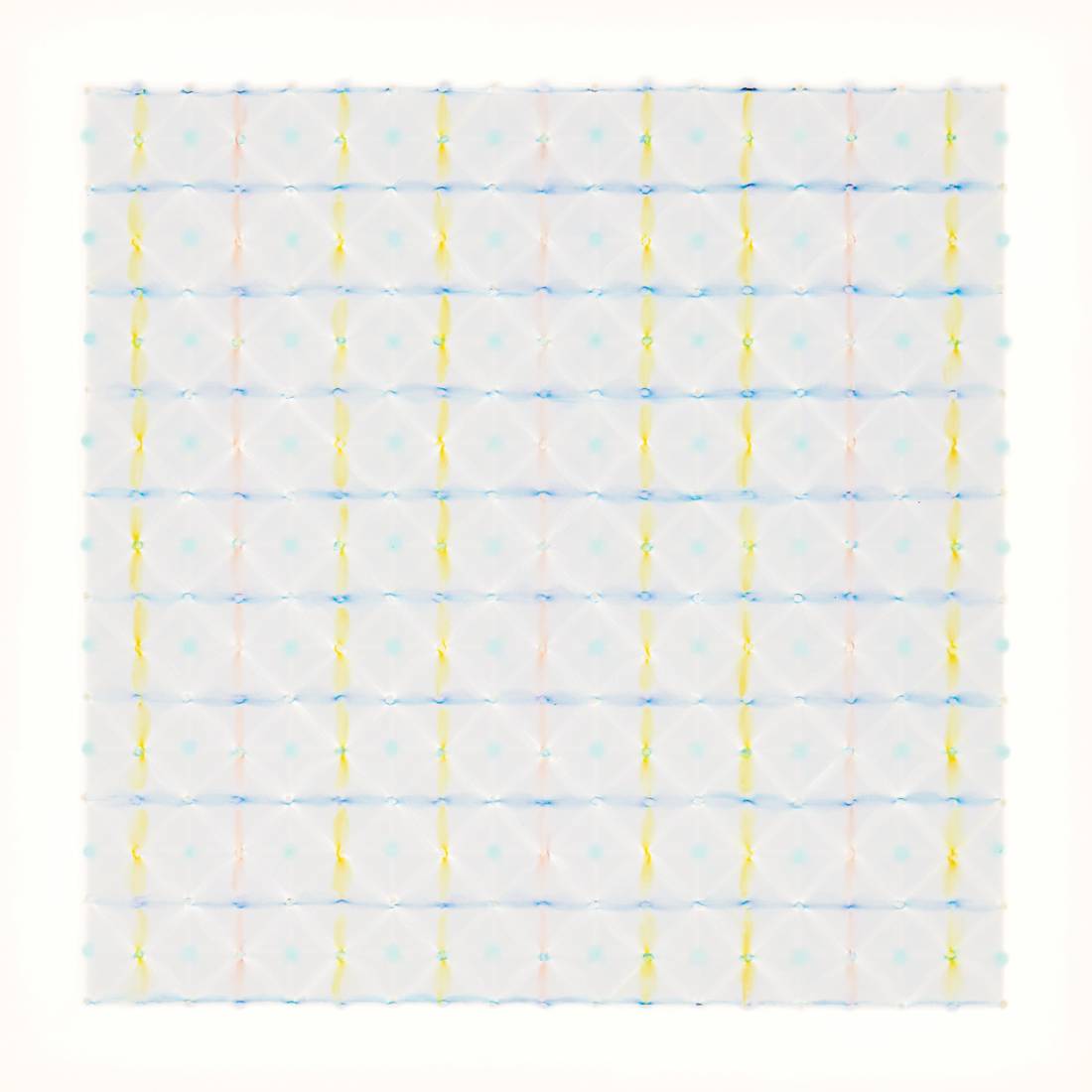 Brian Gross Fine Art is proud to announce its debut exhibition of Bay Area artist Mary Ijichi, with “Assemblages”, opening Thursday, November 11th, from 5:30 – 7:30pm, and an artist talk at 6:30pm.  A longtime exhibiting artist in the United States and Japan, Ijichi will be exhibiting a series of her signature “frottages” or mixed media rubbings.  In these works, the subtleties of tonal values applied in grid-based compositions with 3-dimensional substructures transform what seemingly are rubbings on frosted mylar into drawing-constructions that display subtle shifts of light to create resonant meditative experiences.  The exhibition will be on view through January 8, 2022.

For Mary Ijichi, the creation of her work exemplifies the search for simplicity and unity in a complex world.  Each “assemblage” (one or two feet square) is formed through the rubbing of frosted mylar against a plastic substructure, resulting in a complex, grid-based pattern on its surface.  This “frottage” is then adhered to a field of beads that are themselves attached to the surface of the substructure.  The resulting work employs transparency so that the partially visible grid structure and beads become part of the visual experience, along with the effects of light and shadow.  Through this complexity of construction, and the light touch in her application of materials, Ijichi has transformed the precepts of minimal field drawing to create quietly powerful works of transcendent beauty.

Mary Ijichi was born in Oakland, California, and later attended UC Berkeley and UC San Francisco, where she received a Bachelor of Science.  Her works have been exhibited across the United States and in Japan.  Notably, she was included in “California Girls 2” at the Richmond Art Center earlier this year, which celebrated the 50th anniversary of its 1971 exhibition that was curated but never mounted.  Mary Ijichi’s works can be found in the collections of the Berkeley Art Museum, CA; Blanton Museum of Art, Austin, TX; Yale University Art Gallery, New Haven, CT; University of Massachusetts, Amherst; and the Oakland Museum of California, among others.