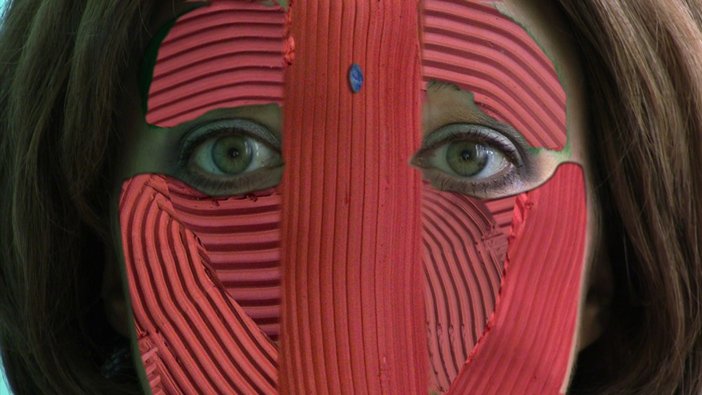 Artists Heidi Hahn and Shana Moulton grapple with loneliness and existential uncertainty in an exhibition guest curated by Jordana Zeldin. With limitless information at our fingertips and the ability to "connect" with friends and followers around the clock, what is missing? Hahn's narrative paintings and Moulton's video and installation works comment on and enact the alienated self, examining the ambivalent aspects of identity and belonging.

Heidi Hahn earned her Bachelors degree in Fine Art from Cooper Union and her MFA from Yale School of Art. She has been awarded residencies at Skowhegan School of Painting and Sculpture, Fine Arts Work Center in Provincetown and the Headlands Center for the Arts, among others. Solo exhibitions of her work have been held at Jack Hanley Gallery in New York and Premier Regard in Paris and she has been included in group exhibitions at Anton Kern, New York, Kohn Gallery, Los Angeles, H I L D E, Los Angeles and John Wolf, Los Angeles, among others.

Shana Moulton earned her BA from University of California, Berkeley, in art and anthropology and her MFA from Carnegie Mellon University. She has been an artist-in-residence at the LMCC Workspace Program, New York; Smack Mellon, New York; Skowhegan School of Painting and Sculpture, Maine; and The Sommerakademie in Berne, Switzerland. Moulton has exhibited or performed at The New Museum, New York; Museum of Modern Art, New York;, MoMA P.S.1, New York; Performa 2009, New York; San Francisco Museum of Modern Art; The Andy Warhol Museum, Pittsburg; Wexner Center for the Arts, Minneapolis; Wiels Center for Contemporary Art, Brussels; Migros Museum, Zurich; and and De Appel, Amsterdam, among others. Moulton’s work has been reviewed in The Village Voice, Artforum, The Brooklyn Rail, The New York Times, Artnet, Frieze Magazine, Art Review, and Flash Art. Her work has appeared on Arte TV and she is a featured artist on Art21’s New York Close Up.

Other events from Upfor Gallery