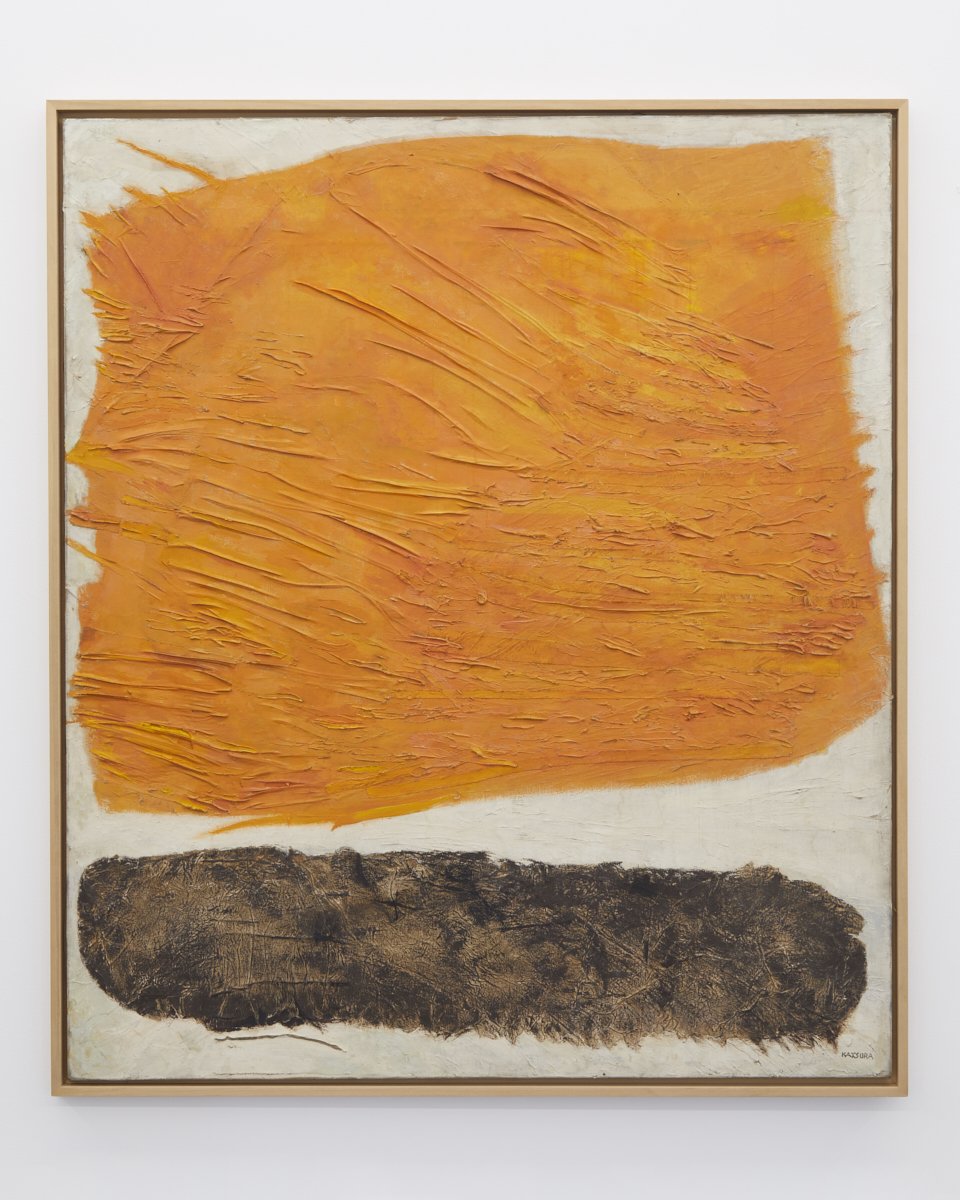 Taka Ishii Gallery New York is pleased to present a solo exhibition of works by Yuki Katsura from September 7 to October 13, 2018. Recognized as a pioneer among Japanese female artists bridging avant-garde art of prewar and postwar Japan, Katsura, over a career of six decades spanning from the 1930s to the early 1990s, had continued to develop a free mode of practice unbound to conventional frameworks through employing a variety of expressions that included finely detailed paintings, collages, and caricatures. The exhibition marks Katsura’s first solo presentation at Taka Ishii Gallery New York, and in addition to a selection of oil paintings from the early years of her career as well as works presented in the late 1940s, features a total of five works including those produced from the late 1950s to early 1960s while staying in the United States.

Yuki Katsura enrolled at a girl’s school in 1926, and while expressing a strong interest in Western style painting, had begun to study Nihonga (Japanese style painting) with Shuho Ikegami under the advice of her parents. Her attempts at detailed delineations of familiar animals and plants through meticulous observation can also be seen in the watercolor paintings she had created during this time, and came to lay the foundation for her later oil painting works. After graduating from the girl’s school, Katsura eventually started to work with oil paint to learn the basic techniques of Western style painting, yet having become dissatisfied with academic modes of painterly study, began to attend the Avant-garde Western Painting Research Institute led by Seiji Togo and Tsuguharu Foujita from 1933. Katsura’s works using collage served as a key pillar of her early practice along with her detailed expressions, and had captured the attention of Kinosuke Ebihara who had just returned to Japan from France, enabling her to hold her first solo exhibition in 1935 in Tokyo’s Ginza district under his recommendation and support. Her abstract collage works had been a pursuit of her own tactile sensations that were derived from a fascination towards the texture of materials, and at times forming connections with expressions of caricature, became visual manifestations which reflected the times through the artist’s unique approach. In 1938, Katsura held a solo exhibition under the recommendation of Tsuguharu Foujita, and in the same year participated in the Kyushitsukai group within the Nikaten with other artist including Jiro Yoshihara and Takeo Yamaguchi.

From the late 1940s to the 1950s, Katsura not only actively showcased her oil paintings in various exhibitions, but had also engaged in producing cover art and illustrations for children’s books, venturing closer to the realm of fable and narrative. Amidst the diversification and relativization of values during times of postwar chaos, Katsura, through her works, had presented new expressions of social satire that incorporated elements of allegory. Thereafter from 1956, she resided in Paris from time to time and had traveled to various parts of Europe where she became acquainted with local artists, later also traveling to Central Africa, and finally moving on to New York in 1958. While living in the United States, Katsura had produced a series of unique two-dimensional works, which for example involved painting over pieces of wrinkled washi paper that had been collaged onto the canvas. In this way, the works of this time appear to emphasize the materiality of the paint, and enable viewers to capture glimpses of Neo-Dadaist and Abstract Expressionist influences from the works Katsura had encountered during her stay. Katsura continued to work actively across a diverse range of fields after returning to Japan in 1961, receiving the Highest Award at the “7th Contemporary Japanese Art Exhibition” for her work, Gombe and Crows, (1966), as well as the Mainichi Cultural Award for a publication she had written about her travels overseas, thus never ceasing to produce works that constantly succeeded in overturning existing ideas until the very last years of her life when she created red implements from silk.

Yuki Katsura (1913-1991) was born in Tokyo. While her birth name was “Yukiko,” from around the 1970s she had come to refer to herself under the name of “Yuki.” She became acquainted with artists Harue Koga, Seiji Togo, and Yoshishige Saito at the Avant-garde Western Painting Research Institute, where she also studied under Tsuguharu Foujita. Since holding her first solo exhibition of collage works in 1935, Katsura has prided an extensive artistic career spanning over six decades. In 1938, she was invited by Jiro Yoshihara to take part in the Kyushitsukai group within the Nikaten along with other artists including Takeo Yamaguchi and Ken Hirohata. Having taken part in forming the Joryu Bijutsuka Hokotai (Women Artists Service Corps) during the war in 1943, and the Women Artists Association in 1946, Katsura engaged in various activities as a pioneer among Japanese female artists working in the field of avant-garde art in both prewar and postwar Japan. She moved to France in September 1956, and until her return to Japan in the spring of 1961, had travelled around Europe, Central Africa, and the United States during which she met the likes of Yves Klein, Jean Cocteau, Sam Francis and Yayoi Kusama. In particular, during her stay in the United States, she had produced a series of unique Abstract Expressionist works comprising wrinkled washi paper collaged onto canvas. In 1966 after returning to Japan, Katsura received the Highest Award at the “7th Contemporary Japanese Art Exhibition. Constantly paving the path towards a new means of expression through employing techniques of collage, while incorporating elements of humor from time to time, she has participated in solo and group exhibitions in numerous museums. Her main solo exhibitions include, “Yuki Katsura – A Fable – The Centennial Exhibition”, The Museum of Contemporary Art, Tokyo / Shimonoseki City Art Museum (2013), “Yuki Katsura –Female Artist of Collage and Humor”, Ichinomiya City Memorial Art Museum of Setsuko Migishi (2007), “The World of Yuki Katsura –The Vision of a Female Artist in Paintings and Collages”, The Museum of Modern Art, Ibaraki (1998), and “Yuki Katsura Exhibition”, Shimonoseki City Art Museum (1991). Her works are included in the collections of The University of Arizona Museum of Art, The Museum of Modern Art, Kamakura & Hayama, Ohara Museum of Art, Itabashi Art Museum, The Museum of Contemporary Art Tokyo, and the Yokohama Museum of Art.