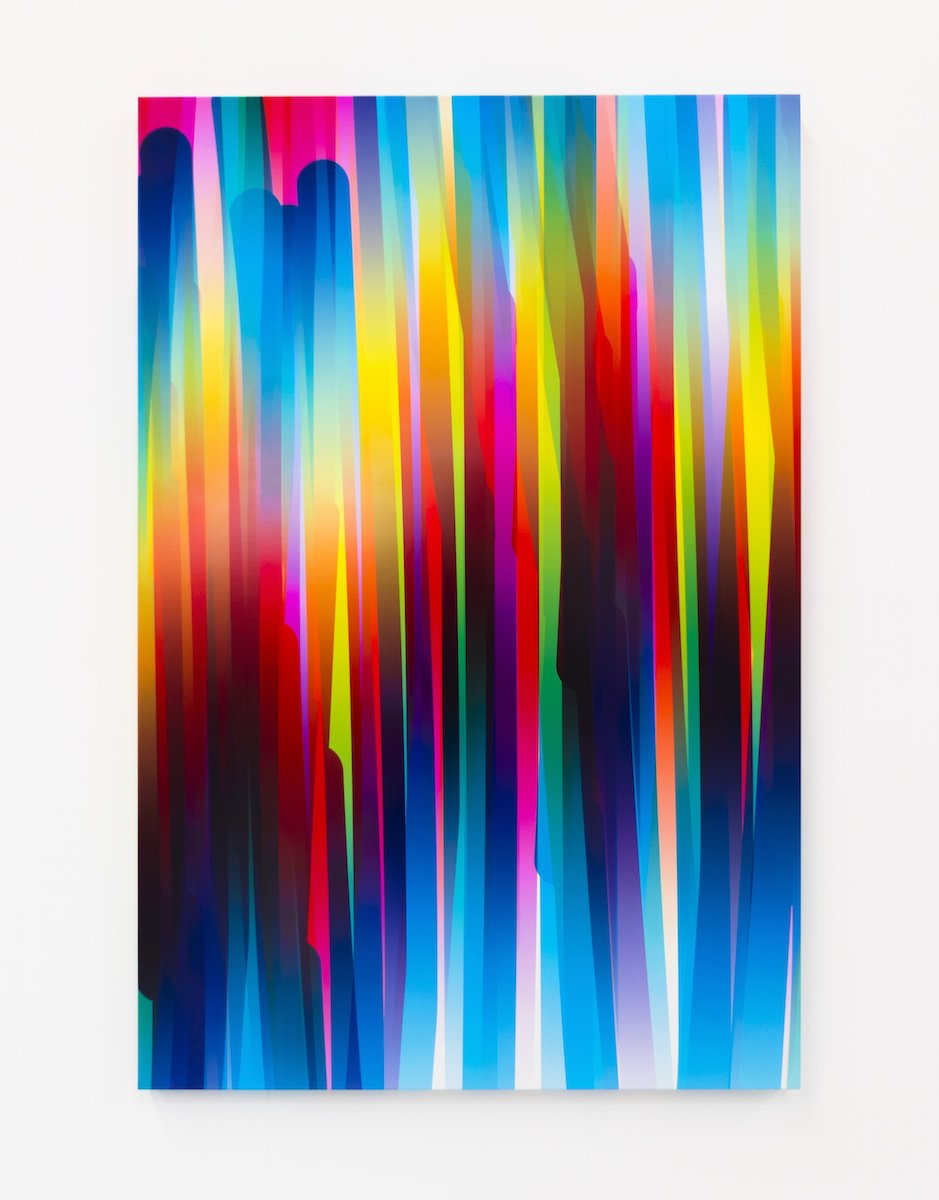 This group exhibition gives gallery artists the opportunity to present work beside an artist who they admire. Alfred Steiner had this to say about his favorite artist, Angelo Filomeno. “I first saw Angelo's gorgeous, grotesque works at Marianne Boesky in 2006, with their skulls, beetles, butterflies, feathers and bird vomit—all embroidered on Shantung silk. We met soon after at Louise Bourgeois' Sunday salon and have been friends ever since. We both have red hair and strangers have mistaken us for brothers. But beyond that superficial similarity, our work shares a sensibility dating back to Aristotle, who observed that, ‘things that we normally view with disgust we instead view with pleasure when images of them are portrayed with accuracy: such as repugnant beasts and dead bodies.’” Speaking about Emma Webster’s art, Heather Day states, “I first discovered Emma’s work when she lived in the Bay Area. I was drawn to her wiry, but depictive, painterly gestures of wild figures and landscapes. Her work has evolved over the years into a subtle narrative of theatrical, idealized scenes based on constructed clay and plastic dioramas referencing historic paintings. She features subjects that long to be iconic, but are undermined by their creator. I can imagine that building these maquettes forces her to think like a sculptor before resorting back a flattened picture plane. Emma’s work reminds me of my childhood—reminiscent of hiding under a blanket with a flashlight, letting my imagination take over.” Cody Hudson cherishes “The colors, the shapes, the textures, the levels, and the faces” characteristic of José Lerma’s paintings, which simultaneously depict the human form as recognizable and obscured.

Some of the pairings in Your Favorite Artist’s Favorite Artist II highlight thematic similarities among artists. Kris Kuksi’s newest mixed media assemblage, Churchtank Type 15, explores the unholy resonance between the pious power of organized religions and the self-righteous imperialism of the military-industrial complex. Like Kuksi, Mark Wagner relies heavily on the accumulation and arrangement of signifiers that illustrate power structures, meticulously collaging United States banknotes. David Ellis and Kenji Hirata’s compositions draw inspiration from music. Ellis’ new painting incorporates his flow technique, which captures an abstract visualization of music, while Hirata’s work is strongly influenced by “nature, music and hand painted signage of Southeast Asia and futurism.” Matt Hansel and Ian Tweedy juxtapose disparate imagery. Reinterpreting the past through a digital lens, Hansel plays with visual absurdity and perception by uniting seemingly contradictory iconography, whereas Tweedy incorporates “personal items, historical objects, and documents of the past” in his bold graphic interventions. Evan Hecox and Nathaniel Russell exploit an American vernacular, tapping into a contemporary folklore aesthetic that eschews complicated explanations.

A few pairings juxtapose artists from different generations, illustrating a student/disciple relationship. From 1981 to 1982, Wayne White worked as a studio assistant for Red Grooms, best known for his colorful Pop constructions depicting frenetic scenes of modern urban life, often in the form of gigantic, whimsical multimedia constructions. As White describes, “I'm doing what Red does now,” he continues. “I travel to towns and build environmental art pieces and hire local artists just like he did with me. I'm carrying on in his tradition.” Felipe Pantone’s futuristic style, characterized by bright gradients of color and optical patterns, builds upon the work of Kinetic and Op artist working in the 1960s and 70s, such as José María Yturralde, whose recent work has focused on the study of color and its influence on emotion and mood.