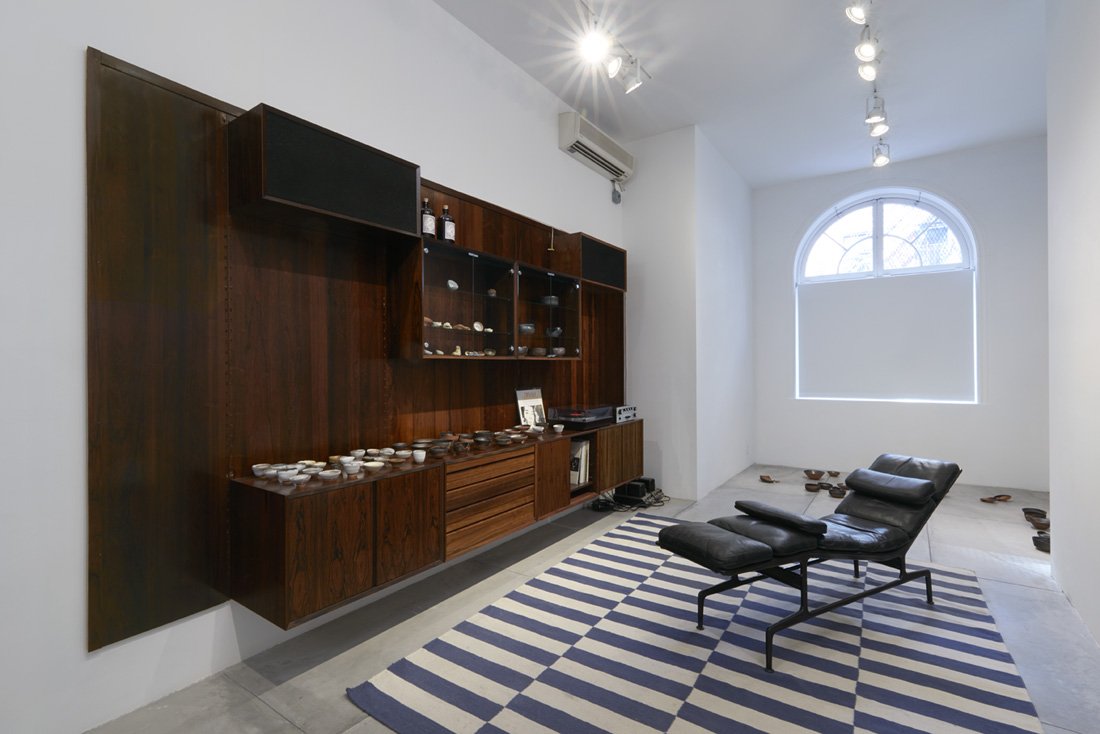 NEW YORK – The Jane Hartsook Gallery is pleased to present new work by Rirkrit Tiravanija. Tiravanija has transformed the gallery into a familiar environment that invites visitors to take a minute to sit, relax, have a cup of tea and contemplate pottery. Tiravanija is known for creating similar installations and events that emphasize social engagement, as well as his traditional material-based art.  He made a name for himself in the early ’90s by eschewing typical visual arts practices and engaging audiences by cooking for them. He has continued this practice throughout the decades in nearly all subsequent installations and exhibitions, including during his 2017 residency at Greenwich House Pottery—cooking 3-inch thick porterhouse steak in his thrown custom-formulated flameware to make lunch for the Pottery’s community. In Untitled (Billy Wilder doesn’t like green tea), Tiravanija once again brings his material-based artwork together with his social practice.

Born in Buenos Aires, Argentina, Tiravanija is a Thai artist widely recognized as one of the most influential artists of his generation. His work defies media-based description, as his practice combines traditional object making, public and private performances, teaching, and other forms of public service and social action. Tiravanija is on the faculty of the School of the Arts at Columbia University, and is a founding member and curator of Utopia Station, a collective project of artists, art historians, and curators. Tiravanija also helped establish an educational-ecological project known as The Land Foundation, located in Chiang Mai, Thailand.