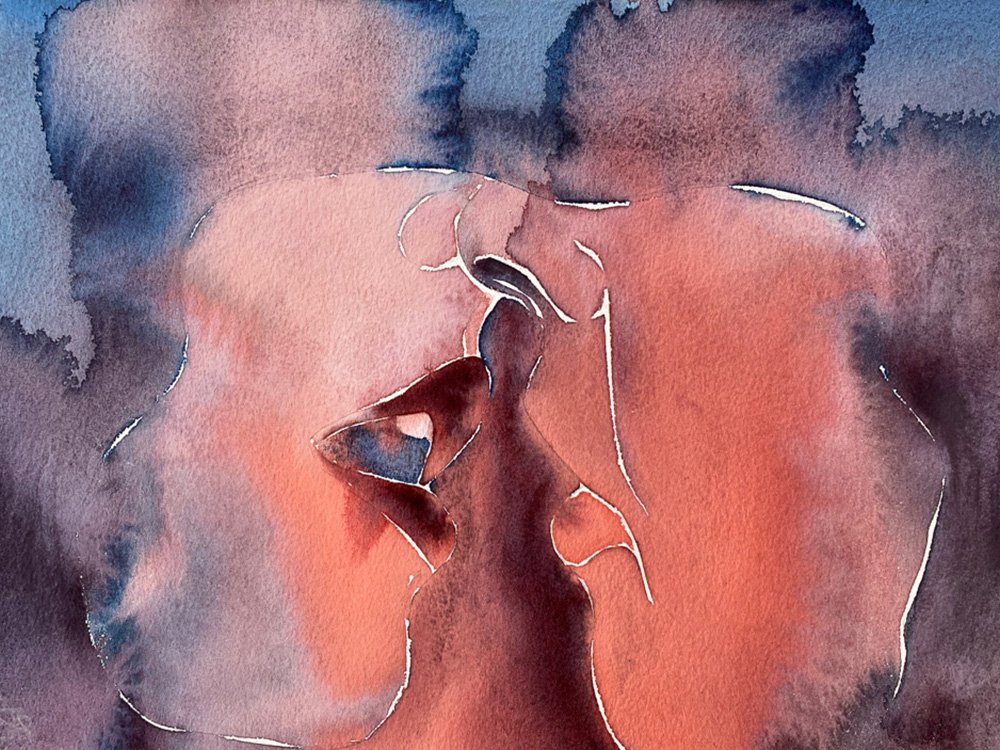 The Untitled Space is pleased to announce a solo show of works by artist Tina Maria Elena Bak presented in collaboration with luxury New York-based ready-to-wear and lingerie brand Fleur du Mal. From August 11 – October 31, 2020 Tina Maria Elena’s works on paper will be on display at “The Peep Show,” Fleur du Mal’s gallery space located within their boutique at 175 Mott Street in Soho, Manhattan. A variety of programing in celebration of the exhibition will be announced in the coming weeks. “The Peep Show” premieres a number of new works on paper, as well as a large selection of original paintings by the artist that have never been exhibited before.

Her watercolors premiered in the US at The Untitled Space gallery’s “EDEN” exhibition at SPRING/BREAK Art Show at The UN Plaza in 2019. She has since been featured in several other group shows presented by The Untitled Space including “BODY BEAUTIFUL,” “The Female Gaze on Love, Lust and Longing” at Superfine Art Fair, as well as the Art4Equality benefit group show and auction. Her paintings have additionally been featured in a number of international publications including Glamour Magazine, The Washington Post, Metal Magazine, and The Huffington Post, among many others.