Rooted Down and Rising Up 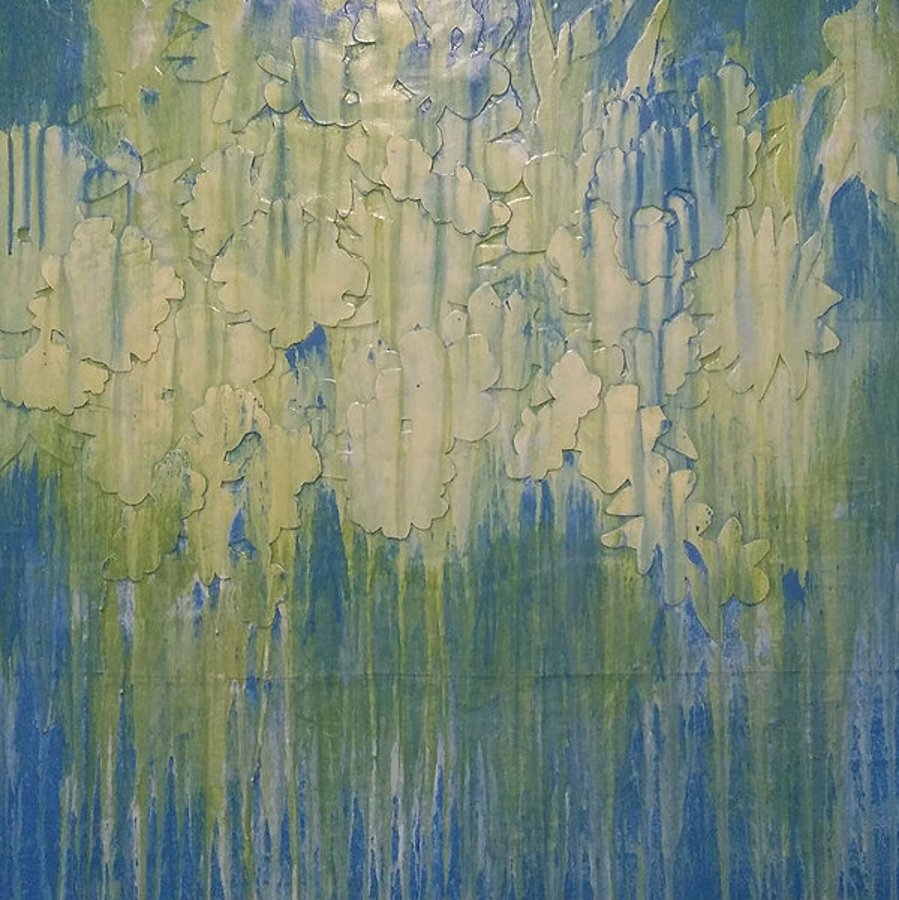 Elisa Contemporary Art is pleased to present "Rooted Down and Rising Up".  This three-woman show features artists Amy Cheng, Sara V. Cole and Michelle Gagliano.  It will open on June 22nd and run through September 28th.  Our artists draw their influences from nature – the flowers, leaves and vines – deeply rooted in the world all around us to portray the complex connections into the human mind, body, soul, and spirit.

The featured artists utilize a range of creative mediums and styles.  California artist Sara V. Cole, debuting with Elisa Contemporary Art, uses layers of torn and hand cut paper leaves and botanical shapes sometimes up to 300 pieces, collaged with acrylic paints.  According to Cole, " I utilize hybridized botanical shapes to visualize the interactions of nature and the human condition…I am searching for balance ...to find the mindful middle ground that can sustain both the bountiful and destructive nature of our humanity."

Virginia artist, Michelle Gagliano, combines imaginary ‘natural’ forms with textural patinas creating breathtaking panoramas that both evoke timeless private visions and invoke universal themes and emotions. According to Gagliano, “My current body of work further reduces and deconstructs the landscape, reflecting and refracting the prism of light and soul in a contemporary concept… I see my work as a kind of mapping of natural beauty. Maps themselves to me are like veins of the earth, like the body itself.”

Chinese artist, Amy Cheng, works with oil on paper and on Canvas using patterns from around the world.  According to Cheng, "I align myself with the long tradition of geometric and floral ornamentation the Far Eastern, Middle Eastern, & European craftsmen have long employed. They did so with the implicit understanding that pattern & repetition, which are endemic in nature, are primal in their rhythmic connection to the human nervous system."

Amy Cheng was born in Taiwan, raised in Brazil, Oklahoma and Texas. She received a BFA from the University of Texas at Austin, and an MFA from Hunter College, City University of New York. She has exhibited her paintings nationally and internationally; her work is held in a number of corporate and public collections. She has completed a number of public art commissions including projects at the Seattle-Tacoma International Airport, the Howard St. El Station in Chicago, IL, the Cleveland Street Subway Station in Brooklyn, NY, the 25th Avenue Subway Station in Brooklyn, NY, the Lambert-St. Louis International Airport MetroLink Station, the Jacksonville International Airport, FL, the Slauson Bus Station, Los Angeles, CA, traffic box coverings in downtown Odessa, TX, and the Valley Regional Transit Station in Boise, ID.

She received a Fulbright Teaching Fellowship to Renmin University, Beijing, People’s Republic of China in 2017, a P.S. 122 Painting Center Fellowship in New York City for a ten month residency in 2011-12, and a Senior Lecture/ Research Fulbright fellowship to Brazil in 2008. She has been awarded two New York Foundation for the Arts Painting Fellowships, and an Arts International travel grant to China. She is a Professor in the Art Department at the State University of New York at New Paltz.

Sara V. Cole currently lives and works in San Jose, CA.  She is a nationally represented, internationally exhibited author, teacher and fine art painter. Cole has participated in the San Francisco Museum of Modern Art Bi-annual Auction and several New York Art Fairs and has placed work in the permanent collections of Hilton Hotels, the Microsoft Collection, Stanford University, the MGM Grand in Las Vegas, the Ritz Carlton in Laguna Niguel, the Grand Hyatt in Atlanta, Iberia Bank in Louisiana, and De Anza College in Cupertino.

Cole has an extensive list of exhibition history including New York City's Asian Cultural Center Gallery, group exhibitions from Seattle, Washington to Metz, France. Cole is in the private collections of many patrons including that of Actress Sela Ward. As a lifetime proponent of social action and community service, Cole has donated works and volunteered with several non-profit organizations' fund raising auctions for nearly two decades.

Cole earned her BFA in ceramic sculpture and installation/performance art with a minor in art history in 2002. In 2006, she completed her MFA in painting and drawing. In 2007 she studied graduate level Non-Western Contemporary Art History, all at San Jose State University in San Jose, California.

Contemporary oil painter, Michelle Gagliano has been painting for over 25 years and has shown across the country, including artist residencies, solo exhibitions, group shows, museum exhibitions, and private installations. Her work is held in numerous private and corporate collections throughout the United States, Europe and Asia.

What:  Rooted Down and Rising Up

Other events from Elisa Contemporary Art