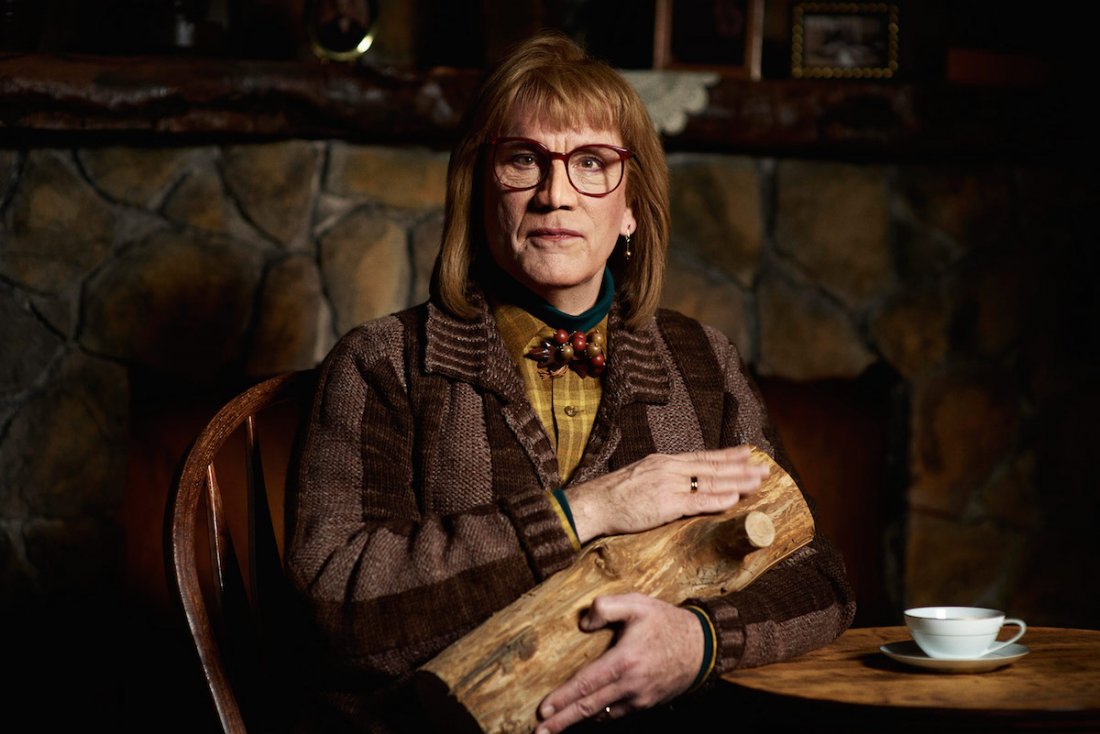 New York, NY – The Festival of Disruption is partnering with Joshua Liner Gallery in Manhattan to bring the NYC premiere of Sandro Miller’s Psychogenic Fugue to the general public. Opening on May 16, the day before David Lynch’s Festival of Disruption on May 17th and closing on the 19th, the exhibition will feature large-scale photographs of Miller’s longtime collaborator John Malkovich posed as iconic David Lynch characters.

Sandro Miller and Bob Roth (CEO of the David Lynch Foundation) will attend a celebratory reception on May 17. The gathering is open to the public and will be held at Joshua Liner Gallery between 6:00pm and 8:00pm on Thursday, May 17. The exhibition itself will run between 11am - 8pm on Thursday, and between 11am - 6pm on Wednesday, Friday and Saturday, before closing.

“A psychogenic fugue is a dissociative disorder in which a person forgets who they are and leaves home to create a new life,” explains Miller on the concept behind the collaboration. “During the fugue there is no memory of a former life and, upon recovering from the fugue, there is no memory of events during the dissociative state. What can one do with a woman that loves logs and John Malkovich?”

Much like the Festival of Disruption, which gives fans insight into the unique world of David Lynch through music, art, and performance, the photos were taken in a collaboration between Squarespace and the David Lynch Foundation to raise funds for the charity.

This year’s Festival of Disruption, the third iteration of the immersive event curated entirely by auteur filmmaker/artist David Lynch, will take place May 19th - 20th at Brooklyn Steel and feature a number of unique and noteworthy performances. In addition to rare solo sets by Angel Olsen and My Morning Jacket singer/guitarist Jim James, the festival boasts a lineup that includes Animal Collective, Flying Lotus, electronic artist Jon Hopkins, and Au Revoir Simone, whose appearance at Festival of Disruption will be their first New York performance in four years.

The event will also feature art exhibitions, talks, and screenings, both with David Lynch (Rare Short Films) himself as well as with special guests: Gregory Crewdson (There But Not There), Isabella Rossellini (Blue Velvet), Naomi Watts, and David OReilly.

Proceeds from the festival benefit the David Lynch Foundation, whose mission is reducing toxic stress and trauma among at-risk populations, including victims of domestic violence, veterans suffering from post-traumatic stress, and underserved urban youth, through the evidence-based Transcendental Meditation technique. The Foundation has reached more than 500,000 people since its founding in 2005.

About Sandro Miller and Psychogenic Fugue

At the age of sixteen, upon seeing the work of Irving Penn, Sandro Miller knew he wanted to become a photographer. Mostly self-taught, Sandro relied on books published by many of the great artists canonized in photographic history. Through their pictures, he learned the art of composition, lighting and portraiture. More than 30 years later, with clients ranging from Forbes, GQ and Esquire, to American Express, Coca-Cola and BMW, Sandro has secured his place as one of the top advertising photographers worldwide.

His success in the commercial world allows him to continue his personal projects, which has included working in Cuba, photographing American blues musicians, various dance troupes, and extended endeavors with John Malkovich, his longtime friend and collaborator. Sandro first met Malkovich in the late 1990s, while working on a job for Steppenwolf Theater. Nearly 20 years later, Sandro and John are still collaborating, which can be seen in their latest project, Psychogenic Fugue.

Founded in 2008 in Chelsea, New York, the focus of Joshua Liner Gallery’s program supports the talents of both established and emerging artists. Offering a broad spectrum of ideas and practices, the program reflects the diversity within the current contemporary visual dialogue. Ranging from formalism to political criticism and satire, Joshua Liner Gallery aims to present work in a space that is approachable and engaging.