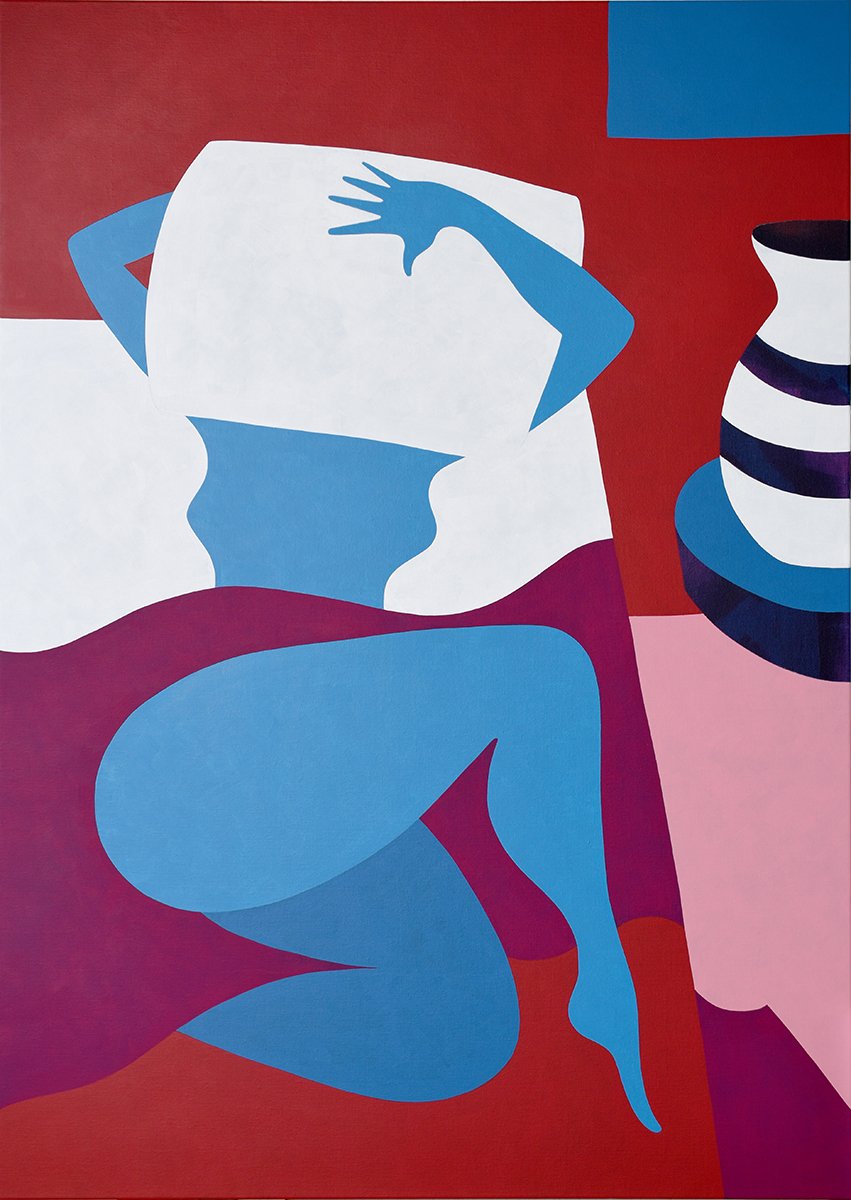 Joshua Liner Gallery is pleased to present No Work Today, the Gallery’s first solo exhibition with Dutch artist and designer Parra. Known for his minimalist, reductive visual vocabulary, Parra’s work possesses a magnetism and style that is unparalleled. The artist will present a new series of twelve works on canvas, ink drawings, and sculpture, with a reception taking place on Thursday, November 17, 2016.

Characterized by curvaceous line work and bold, complementary color palettes, Parra’s work in fine art over the past decade has evolved into an expression that is distinctly his. Evoking influences of Roy Lichtenstein and Tom Wesselmann in their bold, poppy graphics, Parra’s work is inspired by his everyday surroundings, popular culture, and his love of music. For each body of work, the thematic undertones to Parra’s art develop later in the creative process, with the formal compositions dictating the direction of each series. The artist elaborates, “I collect images in my head from what I see around me in the times I’m not painting, and then scribble them down with pencil… the theme plays a big part but I focus mainly on the composition, and that it will be a painting that is interesting to look at.” As the title of the exhibition suggests, the subject matter for No Work Today playfully explores simple leisurely pleasures from staying in bed and reading a book, to reclining poolside.

In contrast to earlier work from Parra, these new works elaborate on a shift in style for the artist, whose work became recognizable for its hybridized characters with bird-like features. The work produced over the past year completely eliminates the figures’ faces, focusing further on the voluptuous formal language of the female nude. The titular work from the show—No Work Today—evokes the sensual eroticism of a Wesselmann nude reclining on a bed, reduced to its simplest forms via the artist’s careful rendering of shapes in complementary color palettes of cerulean, crimson and white hues. Other works such as The Floods, explore this reduction of forms further. Pushing toward abstraction, their flat, solid shapes hint at the suggestion of a figure, the limbs and head fitting together like a jigsaw puzzle. This seductive exploration of curved forms extends beyond the canvas to life-size sculpture in Sleeping Lady.