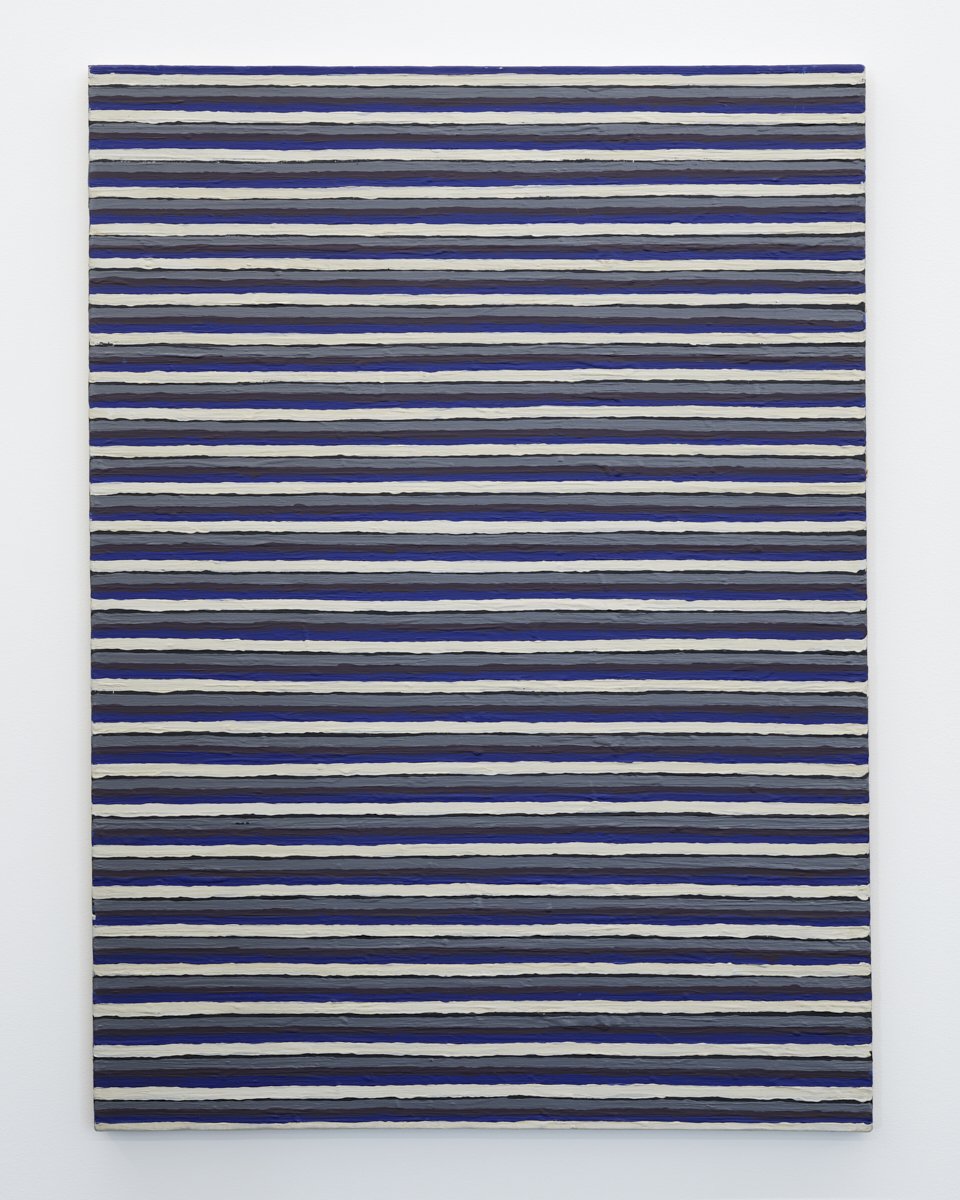 Taka Ishii Gallery New York is pleased to present a solo exhibition of works by Masaaki Yamada from January 11th to February 17th, 2018. Yamada, who began his career as an artist amidst the chaos of postwar Japan, produced an extensive oeuvre comprising approximately 5,000 works over the course of 50 years. In following the transitions of Yamada’s practice, it is possible to classify his works into three distinct periods beginning with the “Still Life” series (1948-1955) that the artist himself referred to as “having been drawn from memory;” his “Work” series (1956-1995) consisting of stripes, crosses, and grids; and finally the “Color” series (1997-2001) in which entire image planes are filled with single shades of color. The exhibition marks Yamada’s first solo presentation with Taka Ishii Gallery, and introduces a selection of works centering on his “Work” series that is recognized as the essential core of his oeuvre.

Yamada had mainly engaged in still life painting from the early stages of his career. Having experienced three firebombing air raids in Tokyo, and spurning from a feeling of profound emptiness after the defeat of the war, he began to produce his “Still Life” series based on objects that presented conscious implications of death. The objects painted such as the bottles, vessels, and fruits were reconstructed within Yamada’s memory, gradually disassembled, and further abstracted. Eventually, the reproducible elements of the depicted objects were eliminated in a shift towards creating a cohesive sense of unity throughout the painting, thereby strengthening the effect of their planar flatness. This series had as a result come to an end in 1955 when the coalescence of objects with their surrounding spaces had reached its peak, leading Yamada to commence production from the following year on his “Work” series.

Early examples from Yamada’s “Work” series that span over 40 years until 1995, had adopted an intricate arabesque style. From around 1958 however, the works began to change and employ compositions consisting of stripes, crosses, and grids. The colored stripes that are often observed in Yamada’s works are expressions that embody the concepts of “all-colors,” “the equivalence of colors,” and “totality” as featured in Yamada’s production notes written from 1949 to 1972, which extend over a total of 56 volumes and 2000 pages. Rather than claiming their own individual presence, the colored lines create a mutual and fundamental sense of evenness, and by painting them repeatedly in parallel to the image plane, serves to enhance the overall expression of the painting. The consolidation of stripes previously depicted in multiple colors into two to three colors around 1965, is not a transition towards Minimalism, but instead can be considered as a consequence of Yamada having strengthened the concepts of painterly expression that he had aspired towards within the context of his work. Response and evaluation towards Yamada’s works significantly changed after his exhibition in 1978 at the Koh Gallery (Ginza, Tokyo) in which he presented a selection of 48 works produced over the previous 20 years, respectively classified under the aforementioned three periods. Ever since he had continued to hold solo exhibitions of his works every year. Likewise, the image plane in his “Work” series had begun to increase in scale, conveying a lively sense of expression as achieved through free brushstrokes within the framework of the grids that by then were rendered more ambiguous.

In 1995 Yamada had brought his “Work” series to a close, and from 1997 transitioned to producing his “Color” series. While covering the entire canvas with a single shade of color, traces of another color painted beneath can be observed around its periphery, thus conveying a certain multilayered quality despite the flat nature of the image plane. In recent years various attempts have been made to reevaluate Yamada works, with “The Paintings of Masaaki Yamada: From “Still Life” to “Work”…and “Color”, a solo exhibition of his early works produced before 1964 held at the Fuchu Art Museum in 2005, and his first retrospective exhibition held six year after his death in 2016 at the National Museum of Modern Art, Tokyo and National Museum of Modern Art Kyoto, which featured a selection of 200 oil paintings, 30 works on paper, and a series of production notes.