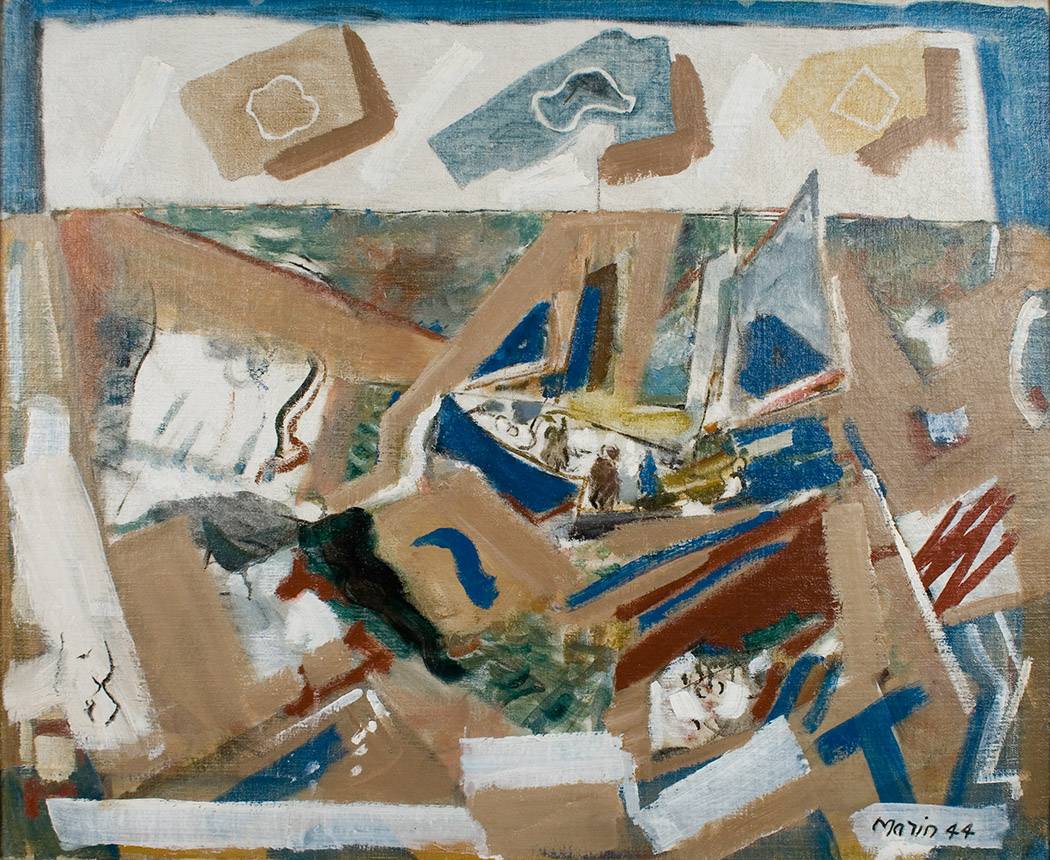 New York, NY – From May 5 to June 17, 2022, Forum Gallery presents Important Works of American Art. Coinciding with American Art Week in New York City and The American Art Fair, opening in New York on May 14th, the gallery exhibits exceptional American paintings, drawings, and sculpture dating from the first half of the Twentieth Century to today.

Powerful emotion, strong political content, and frank depictions of daily life characterize the art of the social realists. The gallery exhibition features iconic masterworks by Raphael Soyer, In The City Park, c.1934; and Jack Levine, 1932 (In Memory of George Grosz), painted in 1959.

Archetypal American architecture is the subject of Barn Abstraction, 1946, an iconic example of Precisionist tempera painting by Charles Sheeler, and of lively and graphic works by Robert Cottingham, Stuart Davis, and Linden Frederick whose Rear Window, 2016, is a contemporary vision in oil of life in small-town America imbued with the provocative mystery for which the Artist is known.

Humanity’s relationship with nature is vividly evoked in watercolors from the first half of the Twentieth century by Charles Burchfield, Charles Demuth and Andrew Wyeth, and in the large oil painting, Sea and Boat Fantasy, 1944, by John Marin, a tour de force of American modernism depicting the dynamic seas of Maine, inspiring a next generation of artists who were to become associated with Abstract Expressionism.

A new and powerfully resolute self-portrait by William Beckman and a sensual, beautiful oil painting by Clio Newton, known for her large-scale renderings of steadfast women in charcoal, are included. They will be on view alongside an example of the dreamlike compositions in oil by Alan Feltus, and a monumental, psychologically-charged painting by Gregory Gillespie who created paintings with unique, dimensional surfaces that defy categorization.

We invite you to join us in celebrating the rich history of American Art here at the gallery and by visiting us at The American Art Fair, May 14 – 17, 2022.