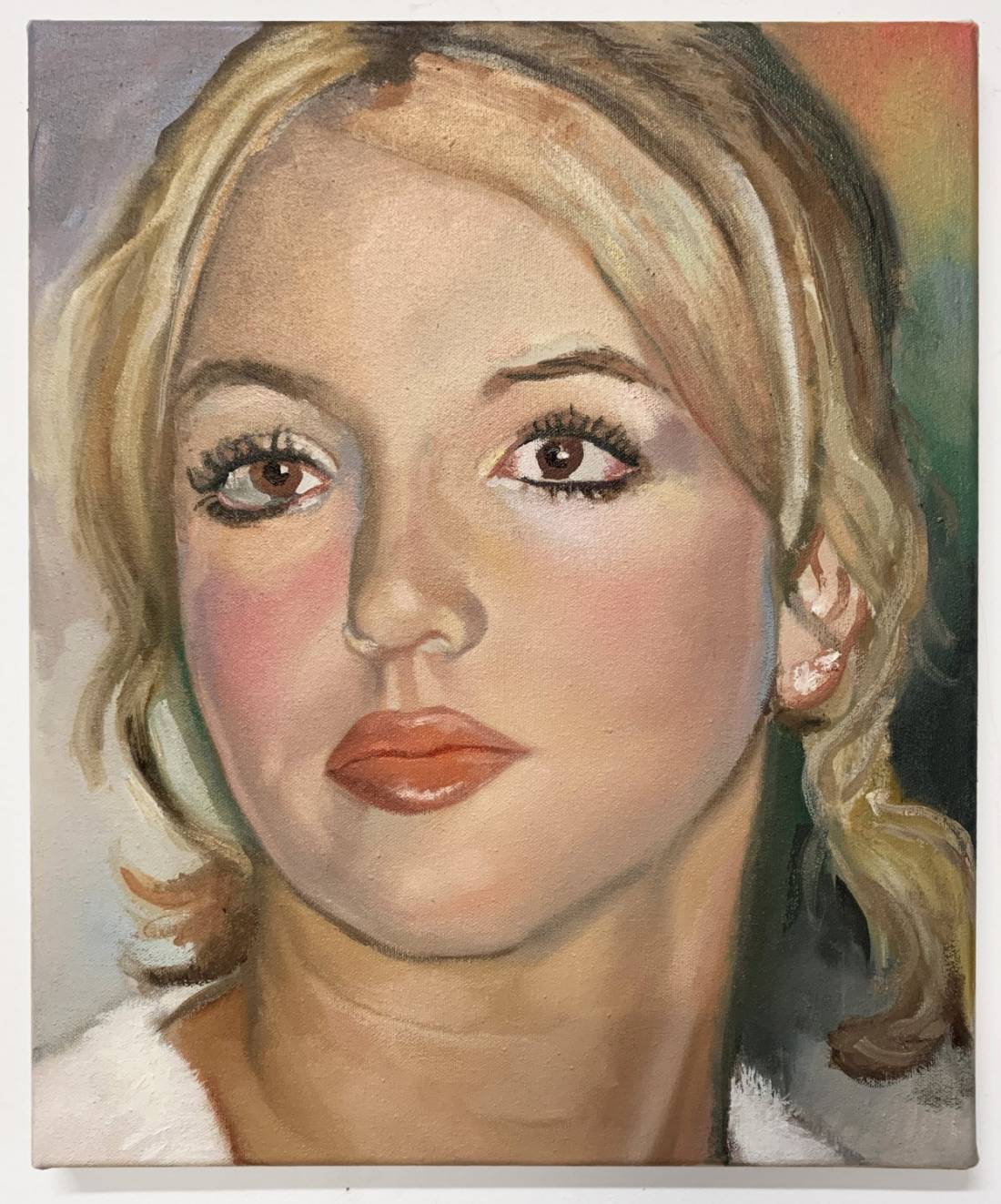 Cristin Tierney Gallery is pleased to announce Stereotypies, an exhibition of new paintings and animations by Claudia Bitrán. This is Bitrán's first solo exhibition with the gallery and her first solo gallery show in New York. Stereotypies opens the evening of Friday, March 11th, with a reception from 6:00 to 8:00 pm. The artist will be present and masks are required for entry.

A stereotypy is an involuntary repetitive action found in human and animal behavior. Exacerbated by stress, fatigue and anxiety, these actions often present themselves as persistent and uncontrollable movements or language executed as a self-soothing mechanism. Bitrán adopts the term for this abnormal phenomenon to connect her three new bodies of work in the exhibition.

Drawing from mediated images of people and animals sourced from the internet, Bitrán's paintings and animations explore the intersection of pop culture and contemporary art. Featured in the exhibition is a watercolor animation of Gus the polar bear who lived in captivity at the Central Park Zoo from 1988-2013. In the video, he swims back and forth endlessly in his enclosure as a crowd watches, with people occasionally shouting and pounding on the glass. Gus famously became known as the "Neurotic Polar Bear" in the 1990s when his endless laps in the pool were discovered to be compulsive.

Bitrán has long been interested in the circulation and consumption of viral imagery, and more specifically how women are often the subjects of this violent system of mass distribution. Included in the show are two bodies of work examining circulated imagery. First are portraits of Britney Spears reclaiming this material, sourced from paparazzi and fan photos as well as the pop star's own Instagram posts. Also featured is work from Bitrán's Be Drunk Series: paintings and animations of drunk people and their viral epic fails. Bitrán creates her animations by painting a single frame of the video, photographing it and painting the next frame directly on top of the one before. The stills are then looped to create a video with the process resulting in two works: an animation and a canvas layered with all of the scenes from start to finish. Her process mirrors the stereotypy, as covering each previous painting can seem to be a pointless repetition.

Another highlight of the exhibition is a video made from a compilation of clips of Spears dancing in her home. Using excerpts from Spears' Instagram, Bitrán's painting animation shows the artist spinning around in endless loops, seemingly twirling for eternity. Although the video lasts for less than a minute, it is made from 169 individual paintings of Spears imposed one over the other.

In repainting this viral imagery, Bitrán invites viewers to reconsider how we consume images and narratives distributed by the media. Stereotypies reframes the lens through which we view these individuals, asking viewers to empathize with and reconsider the figures they depict-while simultaneously exploring how images become part of the endless cycle of mass consumption that happens online.

Claudia Bitrán (b. 1986, Chilean-American) works primarily in painting and video, frequently using DIY aesthetics to represent the hyperbolic worlds of social media and pop culture. The artist employs a wide range of painting strategies to metamorphosize her source material, resulting in dense and thick surfaces that transform the content of the artist's videos. The artist holds an MFA in Painting from Rhode Island School of Design (2013), a BFA from the Universidad Catolica de Chile (2009) and was recently an artist-in-residence at Pioneer Works, New York. She lives and works in Brooklyn.

Founded in 2010, Cristin Tierney Gallery is a contemporary art gallery located on The Bowery with a deep commitment to the presentation, development, and support of a roster of both established and emerging artists. Its program emphasizes artists engaged with critical theory and art history, with an emphasis on conceptual, video, and performance art. Education and audience engagement is central to our mission.

Cristin Tierney Gallery is a member of the ADAA (Art Dealers Association of America).