WAYNE WHITE: I TOOK THE MACHINE APART BUT COULD NOT PUT IT BACK TOGETHER 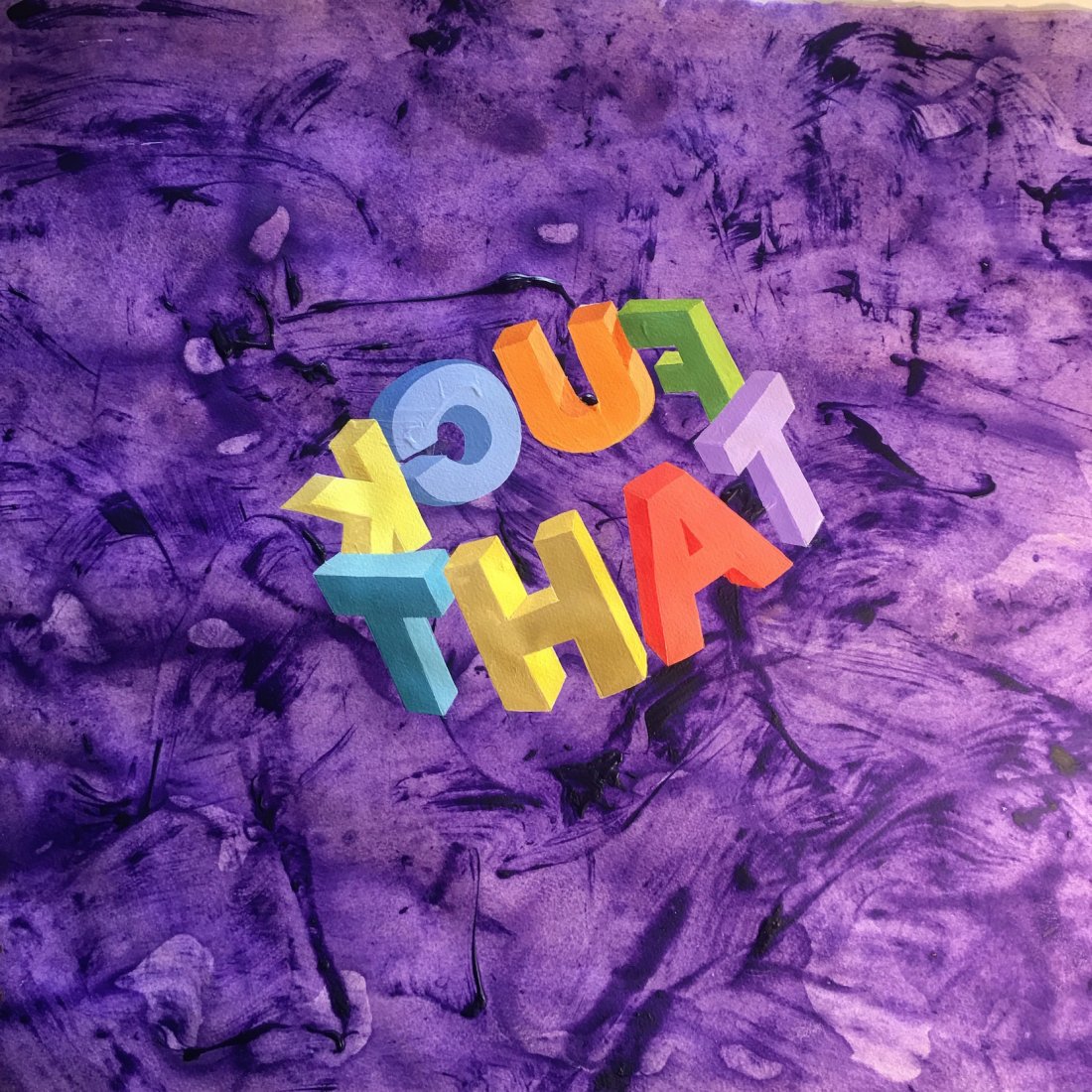 Joshua Liner Gallery is pleased to present its third major solo exhibition of work from Chattanooga, TN born, now Los Angeles based, artist Wayne White: I TOOK THE MACHINE APART BUT COULD NOT PUT IT BACK TOGETHER. The show will be composed of five main components: his signature “word paintings” on vintage offset lithographs, as well as text-based works on paper over the Artist’s painted abstract backgrounds, mixed-media marionettes, and an installation of drawings. The fifth element encompasses the entire gallery, which is painted over with White’s personal doodles, words, and phrases, pulled directly from his notebook. Opening on February 8, from 6-8pm, the artist will be in attendance.

Each element of this exhibition serves as an equal part of White’s process. Each component leads into the next, building towards one ongoing visual narrative. The most prevalent works we see in the show will be a new series of “word paintings” – the latest iteration of a series of works he began producing 18 years ago. It is in the texts of these works that we begin to identify the unifying theme of the show; one of vulnerability and reflection. Moving away from White’s usual sardonic criticism, the Artist allows us a rare look into the role he occasionally identifies with: the frustrated writer. White continues to seek out the right words for his practice; those phrases which are both meaningful and relevant.

These new texts highlight “taking things apart” and “reflection,” – phrases that point to questioning one’s own thoughts and ideas, painting an image of the vulnerable and introspective artist. The title work of the show I TOOK THE MACHINE APART BUT COULD NOT PUT IT BACK TOGETHER emphasizes the idea of the creator, one who begins to disassemble in confidence, only to fail in its re-assemblage. Perhaps the creator has taken on too much. This latest exhibition theme exists in stark contrast to what we’ve seen from his previous bodies of work. His last show from 2016 (I’M HAVING A DIALOGUE WITH THE UNIVERSE AND YOU’RE JUST SITTING THERE), highlighted the inflated artist’s ego- attacking the idea of self produced importance and fame. Here, we see a more accessible and exposed Wayne White.

As if pulling back the curtain, the artist has chosen to exhibit a wall of sketches and works on paper—some serving as ideas for future projects, while others exist as pure thought. This collection, left unframed and open, adds to the honesty of the entire exhibition. Taken directly from his recent 30-year retrospective at the Hunter Museum of American Art (Chattanooga, TN), here we see the artist’s hand in direct opposition against the pristine and perfect text paintings. These seemingly random sketches and paper pieces, pinned to the wall, are not there to serve as relics, but rather to help us understand that these thoughts are always current—reflective of his own mind and current studio. These are the thoughts that push his creativity forward.

The walls of the gallery will be painted, reflecting White’s text and imagery – all pulled directly from his personal notebook. Not only is White opening his private sketchbook for us, but he is broadcasting and enlarging it for us to see, leaving us with the roots and substance to help inform the artist’s entire practice.

The puppet sculptures included in the show are another facet of White’s past and future. Equally important for the artist, four of his marionettes will be on view. Party Girl stands tall in her red heels, while Grievously Wounded Union Soldier once acted as maquette for a larger piece, now serves as a reminder of White’s commitment and respect of history.

This is not a show about Wayne White’s past, it is about process and coexistence of the past, present and future. For this, we are offered a view into the creative machine that White has taken apart. As viewers, we are fortunate enough to see the inside, before the parts are plundered, or (possibly) put back together.

Born in 1957 in Chattanooga, Tennessee, Wayne White currently lives and works in Los Angeles, California. Many are familiar with White’s work from the iconic 1980s television show “Pee-wee’s Playhouse,” earning the artist three Emmy Awards for production design. White is also noted for his work on music videos, such as, Peter Gabriel’s “Big Time” and The Smashing Pumpkins’ “Tonight, Tonight.” More recently, his extensive career was chronicled in the 2012 feature-length documentary, Beauty is Embarrassing, directed by Neil Berkeley. In 2013, following the success of the documentary, White presented You’re Supposed to Act All Impressed, a TED Talk on his work and career as a fine artist. The artist’s work is included in numerous public institutions and esteemed collections, such as: The New Museum of Contemporary Art, New York, NY; The Detroit Institute of the Arts, Detroit, MI; Frederick R. Weisman Art Foundation, Los Angeles, CA; The Progressive Art Collection, Mayfield Village, OH; Laguna Art Museum, Laguna Beach, CA.

Wayne White is an American artist, art director, illustrator, puppeteer, and much, much more. Born and raised in Chattanooga, Wayne has used his memories of the South to create inspired works for film, television, and the fine art world. After graduating from Middle Tennessee State University, Wayne traveled to New York City where he worked as an illustrator for the East Village Eye, New York Times, Raw Magazine, and the Village Voice. In 1986, Wayne became a designer for the hit television show Pee-wee’s Playhouse, and his work was awarded with three Emmys. After traveling to Los Angeles with his wife, Mimi Pond, Wayne continued to work in television and designed sets and characters for shows such as Shining Time Station, Beakman’s World, Riders In The Sky, and Bill & Willis. He also worked in the music video industry, winning Billboard and MTV Music Video Awards as an art director for seminal music videos including The Smashing Pumpkins' 'Tonight, Tonight' and Peter Gabriel's 'Big Time.'

More recently, Wayne has had great success as a fine artist and has created paintings and public works that have been shown all over the world. His most successful works have been the word paintings featuring oversized, three-dimensional text painstakingly integrated into vintage landscape reproductions. The message of the paintings is often thought-provoking and almost always humorous, with Wayne pointing a finger at vanity, ego, and his memories of the South. Wayne has also received great praise for several public works he has created recently, including a successful show at Rice University where he built the world’s largest George Jones puppet head for a piece called 'Big Lectric Fan To Keep Me Cool While I Sleep.'

In 2009, Wayne's life and career were chronicled in an incredible 382-page monograph, edited by Todd Oldham. The book features hundreds of images from Wayne's earliest work as an illustrator all the way to his most recent fine art sculptures. Since the book’s release, Wayne has been traveling the country delivering an incredibly entertaining hour long talk where he discusses his life and work, while making time for a little banjo and harmonica playing.